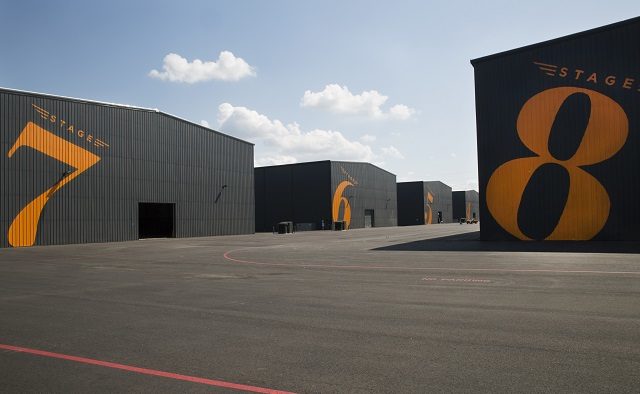 Blackhall Studios in DeKalb County. According to the website for the company, "Opened in 2017, Blackhall Studios offers complete services for all types and sizes of productions – from small independent films to scripted television series to tent pole movies."
Share

DeKalb County now has an Entertainment Commission which will focus on movies, television and music being produced in the county.

The commission is a part of Decide DeKalb, the county’s economic development authority.

There will be an Entertainment Expo hosted by the commission on Oct. 21, from 9 a.m. to 2:30 p.m. at Georgia Piedmont Technical College in Clarkston.

The event will include panel discussions with local artists and industry experts. For a full schedule, click here.

“The new DeKalb Entertainment Commission will be about making connections, building collaboration and creating amazing content,” DeKalb Entertainment Commission Chair Andrew Greenberg said in a press release. “It will be the economic engine that drives growth for our county across the entertainment industry, encouraging companies to locate here while creating jobs and spurring construction, development and overall industry growth.”

The entertainment industry in Georgia has a huge economic impact, he said.

“The Commission will be an important resource for DeKalb County as the entertainment industry continues to grow across Georgia,” Greenberg said. “It has already had an enormous economic impact statewide, with $9.5 billion in film and television, $3.7 billion in music and almost $2 billion in digital entertainment.”