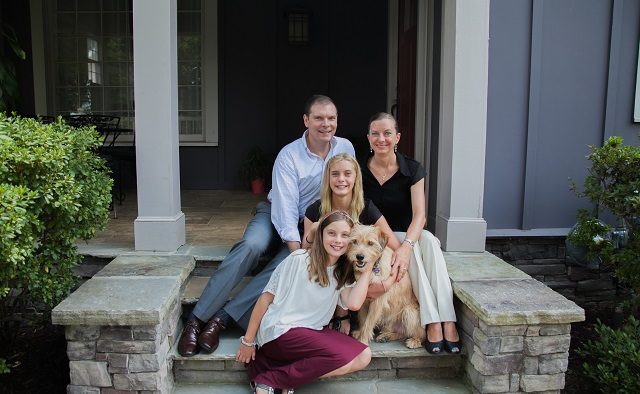 Heather Tell and her family. Photo provided to Decaturish.
Share 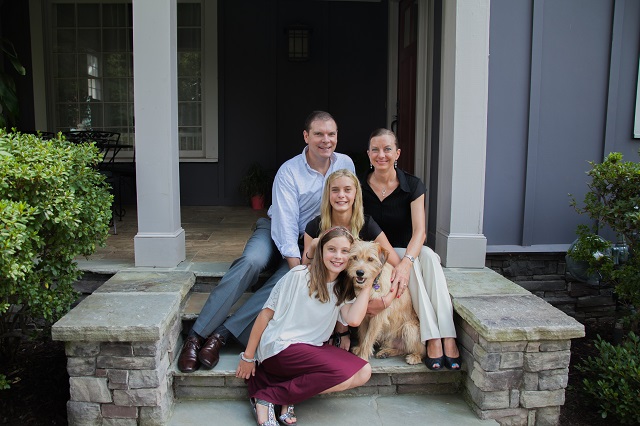 Heather Tell and her family. Photo provided to Decaturish.

Heather Tell will soon be Decatur School Board’s newest member. She will replace Bernadette Seals, who has held the seat for 10 years.

Tell was the only candidate who qualified to run for the job, meaning she will join the board next year.

Tell attended Northwestern University, where she earned a degree in Civil Engineering as well as a master’s in Environmental Engineering. During her time in school at Northwestern, she participated in a co-op internship program, studying abroad and holding engineering internships in Sweden, France, and Australia.

While Tell said that she values science and technology for the future, as it “helps prepare our students to be more versatile,” she is an advocate for all areas of education.

“Even when I was in school, I feel like I was a well-rounded student. I really enjoyed all subjects,” she said.

She’s fluent in English, Swedish, and French, and studied Spanish while in college, too. She also played violin in the Philharmonia, a nonmajor orchestra at Northwestern.

“I don’t want to deprive our students of other things, like athletics, and I think other subjects add to the whole community and social environment,” she said. “I think it’s important that we look at the whole student and try to offer things that create a well-rounded student.”

After finishing her master’s, she moved to Atlanta in 1997 with her husband, Joseph Tell, who is also an engineering graduate from Northwestern. They previously lived in Ormewood Park.

Tell worked for the URS corporation, working with the Department of Defense, doing hands-on work testing chemicals. She also worked with a web-based company, building websites, as well as Equifax for a few years.

In 2002, the family “happily ended up in Decatur,” Tell said. Today, Joseph owns his own small environmental management consulting company, and Tell works as a realtor, supporting their two children, ages 10 and 11.

“When I had kids is when I made the career change to be a realtor. It was something I could do in my own community, which is important,” she said.

Tell has been an active member in City Schools of Decatur community for several years now, through volunteering as a parent in the classroom, working on the School Leadership Teams at Oakhurst Elementary and 4/5 Academy, and working with Safe Routes to School for four years as Oakhurst’s representative.

“Throughout my years of involvement in the schools and in community initiatives, I’ve gained a lot of insight and developed strong relationships that I’ll leverage as a board member,” Tell said. “I want to make a difference, and I feel passionately about making our schools the best they can be. I feel compelled to be involved in the schools and community, and it’s a very enriching experience both for my family and me.”

As far as the current state of the school system, she is grateful for Decatur’s “strong public schools” and that the community values education. While spots in the CSD system are in high demand with “rapidly increasing enrollment,” Tell believes that there’s always room to grow.

“In the 15 years that I’ve lived in the city of Decatur, there have been many changes and challenges,” she said. “Our schools have a strong reputation, but we mustn’t become complacent and must continually challenge ourselves to do better.”

Tell is excited to jump in and be a part of CSD’s achievements, such as earning a 97 percent graduation rate in 2017, the Expeditionary Learning program in K-3 schools, and the International Baccalaureate program in grades 4-12.

While Decatur schools have earned a lot of outside recognition, she said that CSD is always “striving to improve.”

“Our teachers and staff are truly dedicated to education and their passion and enthusiasm for learning are infectious,” Tell said.

Tell said she is ready to take on “the challenge to help all students achieve their highest potential” by tackling learning barriers head on.

In order to tackle growth in CSD, Tell said the board should “be objective, analyze the issues, and strive for outcomes that serve the needs of all students.”

One of the current hot button topics is annexation of new areas into CSD.

Tell believes preparation is key, saying the board should carefully study the proposed areas.

“The big concern is obviously whether we have the facilities to be able to accommodate the number of students,” she said. “Ultimately, we know that our taxes are lopsided, 20 percent commercial and 80 percent residential.”

She said the school system and city leaders need to be ready to tackle the subject when it comes up again.

“We need to have these discussions with the city commission so that we’re prepared to answer those questions as opposed to having to react and scramble,” Tell said.

CSD is currently in the process of addressing how to eliminate the achievement gap between black and white students.

Tell recognizes that as a new board member, she has a lot to learn about the process. However, she said that “we need to better understand why we have that gap so that we can better understand how to fix that gap.”

“I don’t think that it’s one simple fix. What I’m hearing is it’s little everyday things between students and students, and teachers and staff,” she said. “We can implement training to better inform our teachers and staff on what we can do to minimize this gap.”

Another hot button topic is CSD’s treatment of transgender students. The school system has had a policy protecting transgender students for at least 10 years. In a letter to City Schools of Decatur staff sent in July 2016, Superintendent Dude told staff that he expects students to be addressed using their preferred gender identity and that students should be allowed access to facilities – like restrooms – and activities based on their preferred gender identity.

During the Sept. 14 Decatur School Board meeting three people calling themselves a parents’ coalition spoke out against the school system’s policies regarding transgender students.

Tell is currently in the process of meeting with Dude and concerned parents from the community. She called the issue a “high priority” because it involves maintaining a healthy and comfortable learning environment for students.

“I really empathize with how emotionally charged these issues are – that’s one of the challenges of being on a school board. As I become a new board member, I feel that I need to be to be able to listen to the parents and their concerns,” she said. “My priority is to really look at it from the perspective of the student and to ensure that we have an environment that protects students.”

– Enabling every child to reach his or her highest potential, regardless of ability
– Providing for all students an equitable and challenging education
– Collaborating pro-actively with the city leadership
– Emphasizing fiscal responsibility
– Encouraging the integration of Science, Technology, Engineering and Math (STEM)
– Creating well rounded students through foreign language, art, music, and athletic education

“I appreciate that this is a difficult job and that there will be a steep learning curve, but I’m up for the challenge. As a parent I’ve witnessed how, at a young age, our students are empowered to think big and to make the world a better place,” Tell said. “As I grow in my new role as a board member, my goal is to be objective and to listen – to really remain connected with the parents and the teachers and the staff. We have a lot of resources, and this is a fantastic school system because we have the luxury to focus on these issues.”