Thankful Missionary Baptist Church wants to sell one acre of its property on West College Avenue to a developer who will use it to build town homes.

Jennifer Engel, who is acting as a consultant for the historic black congregation, said the number of town homes will be less than 20. The buyer has not been identified.

The church, in turn, will use proceeds from the sale to fund much needed improvements to the space it has occupied since 1971. The congregation is considerably older, founded in 1882, making it the oldest African American Baptist church in Decatur and the second oldest in DeKalb County. The church moved to West College when the church’s location on Atlanta Avenue was destroyed by fire.

Deacon Omer Rogers said the congregation today consists of about 250 active members. The gravel parking lot that is up for sale was originally purchased to build a sanctuary, but Rogers said the sanctuary is no longer needed.

“The church we’ve been here for over 40 years and we haven’t had an opportunity to do the type of repairs that this building requires,” Rogers said. “We’re under new leadership as far as a pastor. We had bought that property to build a sanctuary over there, but we find that’s not needed now, so we’re going to sell that property off and invest that money back into the property we have here.”

He said the congregation is “100 percent” supportive of the sale. The transaction will require a change in zoning from institutional to commercial. There will be a public hearing on the request on Oct. 10 at 7 p.m. and Oct. 16 at 7:30 p.m. held at City Hall, located at 509 North McDonough Street. 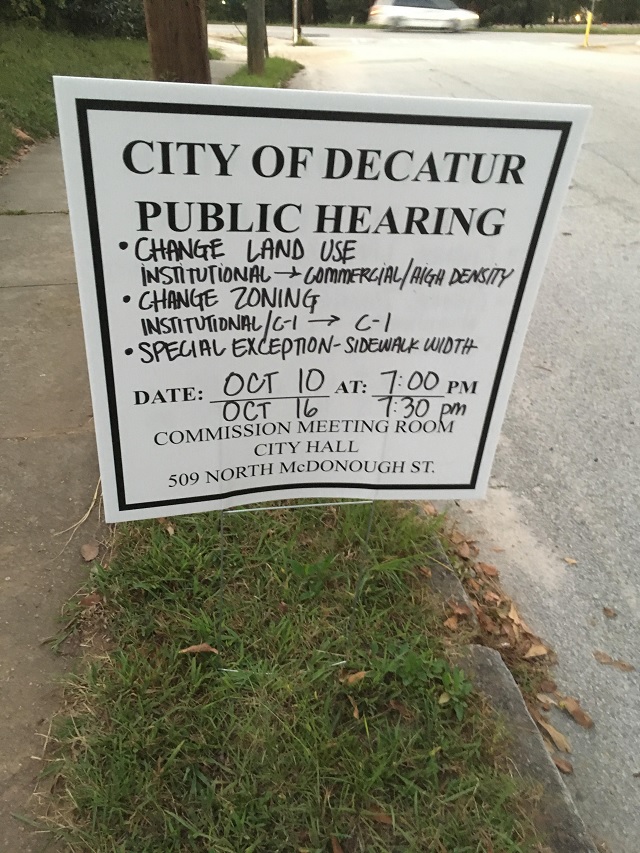 “Everything hinges on being able to get this zoning through,” she said. “The church is praying for it. It’ll mean a lot for them. It’ll give them money they need to repair the roof that’s leaking, the plumbing, the HVAC.” 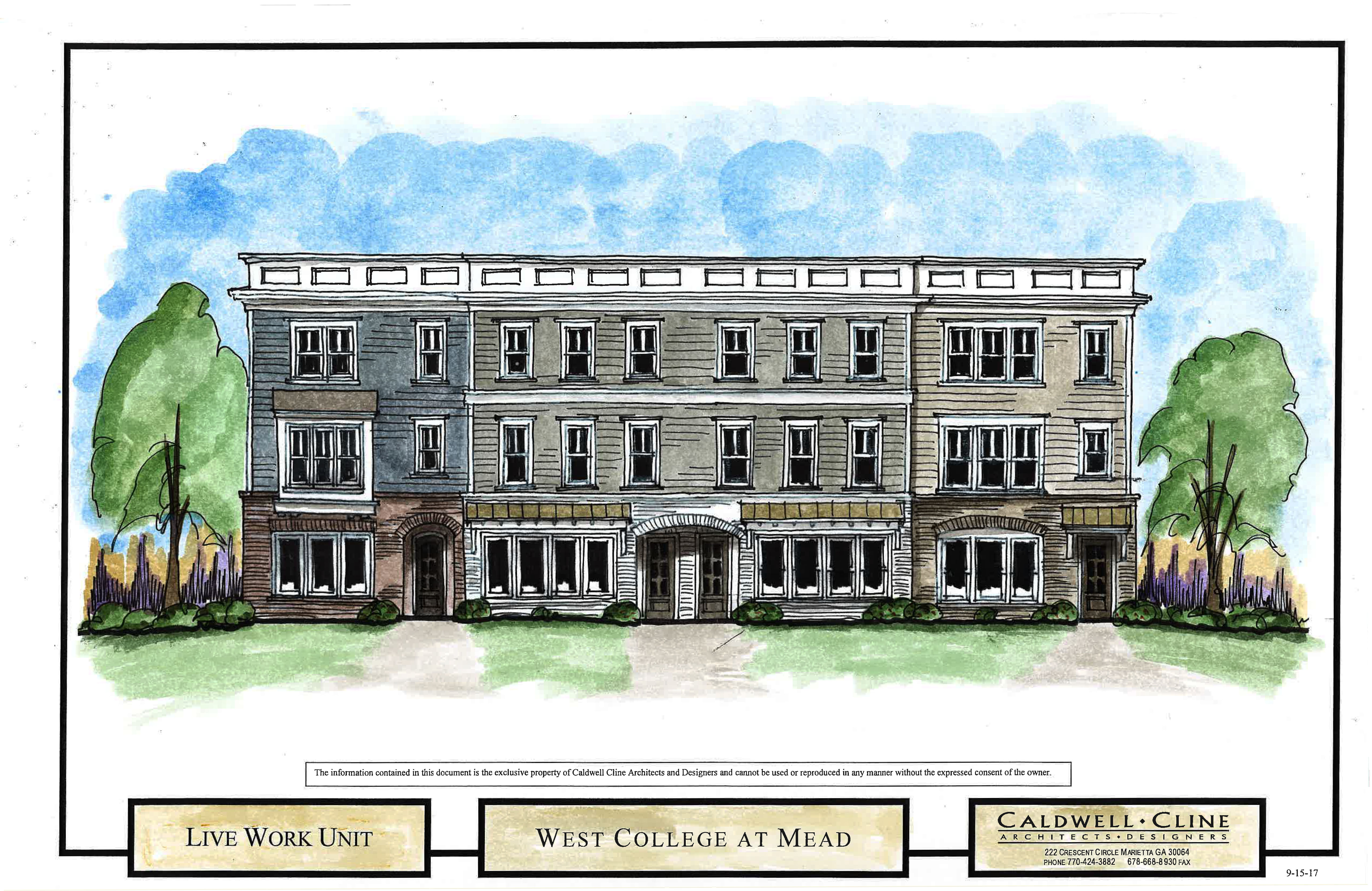 Engel said the development will also include “live-work” units.

The church and Engel provided this account of the church’s history in Decatur: