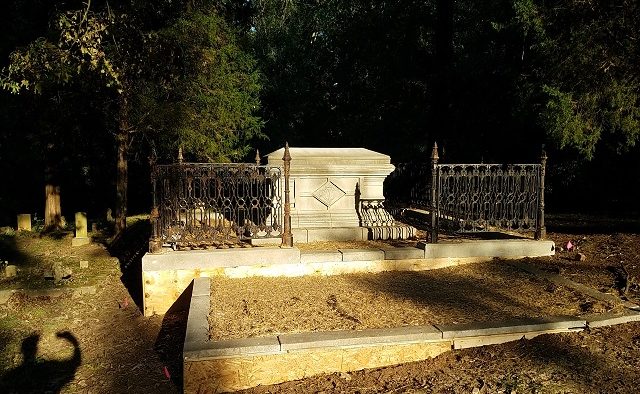 Reader Chris Billingsley noted that there’s been some recent filming activity going on a the Decatur Cemetery.

He said, “Lots of movie equipment in Decatur Cemetery. I came across a new monument in the black section of the old cemetery and moved closer for a better look. Someone yelled,  ‘You can’t go near that!’  I took a pic and left. An impressive monument. Fake but impressive.” 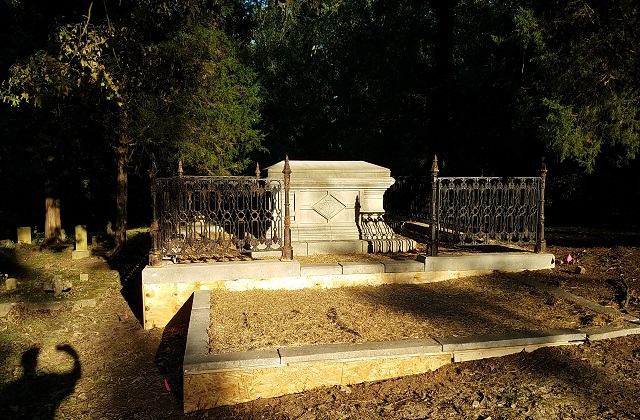 Shirley Baylis, Decatur’s Special Events & Community Outreach Coordinator, said the movie being filmed there is “The House with a Clock in its Walls.”

The film stars Cate Blanchett and Jack Black. According to the synopsis on Internet Movie Database, in the film, “A young orphan named Lewis Barnavelt aids his magical uncle in locating a clock with the power to bring about the end of the world.”