Clarkston is home to 14,000 refugees, meaning 43 percent of its residents are foreign born, making it the most diverse city in the United States.

Refugees from over 57 different countries live in the city and refugee rights activist and local artist, Nabil Mousa works everyday to make that common knowledge among Atlantans.

“We talk about refugees in large numbers, but that’s really hard to comprehend and connect to,” he said. “I feel like if I can bring this down to a personal level, we can bring in Atlantans and have them meet refugees one-on-one and share stories. When we talk to each other, we’re going to have so much more in common.”

Mousa was born in Syria, but has resided in the United States since 1978, moving to Atlanta in 2001 to pursue his art career. “All of my work since day one has always been about justice, equality, and freedom. I believe it belongs to humanity – not just one group.”

Mousa usually focuses his work on a narrow subject, such as an individual or family in order to connect viewers to other people. He’s completed artwork about a range of justice issues, such as women in the Middle East forced to wear burqas, or even his own adversities, something that has led him to self-discovery. 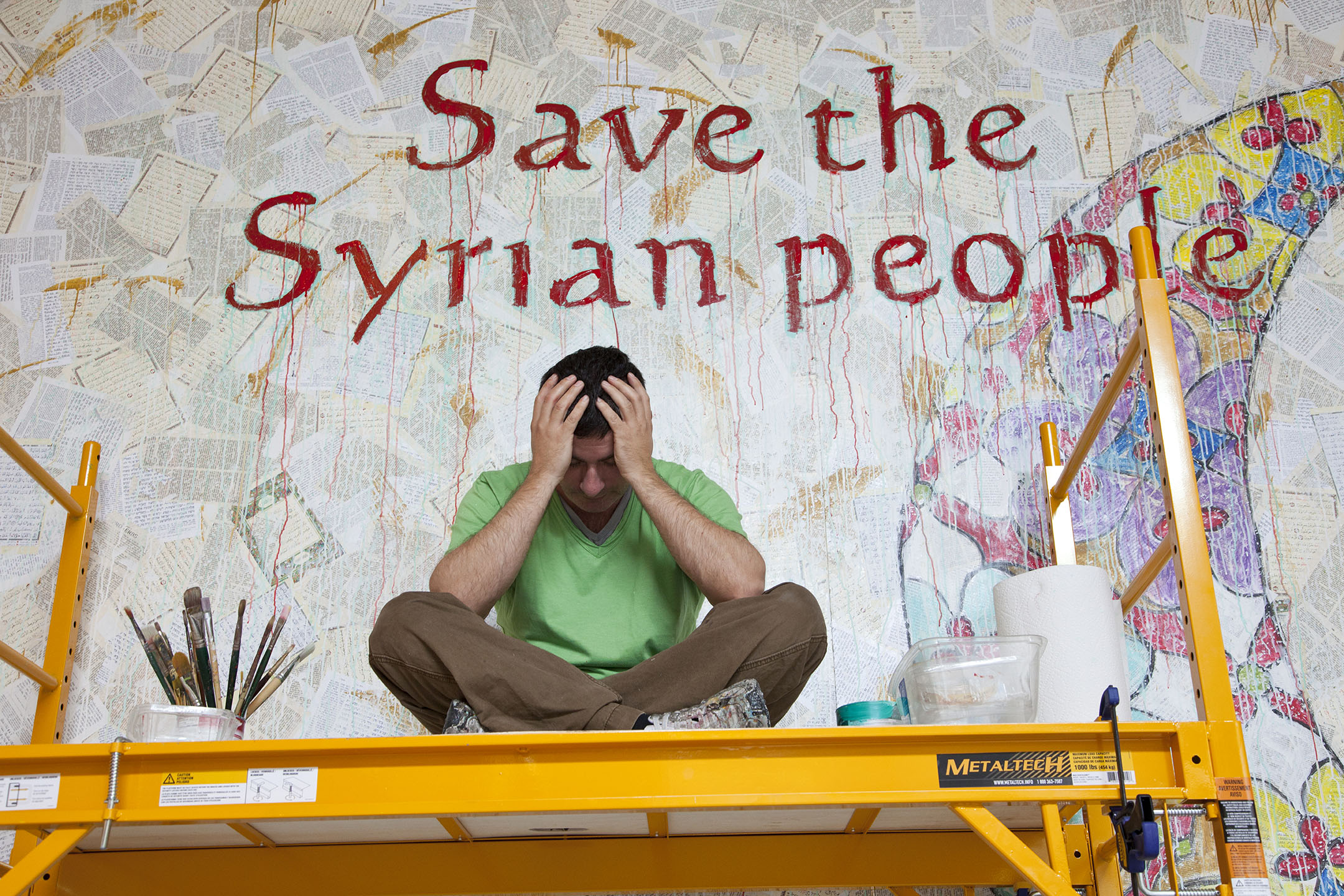 “I’ve been able to express myself and to talk about my personal oppression. I’ve gone almost my whole life as a gay man pretending to be straight, and it suffocated me,” he said. “When I show my art, a lot of people ask me if I’m holding a lot of baggage, and you know I don’t feel like I have any baggage. For me, the art has been a therapy and very empowering for me.”

This year, Mousa is serving as the Arts and Culture Chair for Atlanta Pride Festival, and he’s ready to embrace the opportunity to make Atlantans aware of the refugee population.

Mousa is working alongside WonderRoot, a nonprofit organization. Additionally, the Clarkston Community Center, a place for refugee kids to go to learn, make friends, and eat meals, is working with Mousa and WonderRoot to gather a substantial group to march in Atlanta Pride Festival on Oct. 15.

Today, Oct. 6, from 6 to 9 p.m., and Sunday Oct. 8 from 3 to 6 p.m., Mousa is leading a meeting at the Clarkston Community Center to work on banners, posters, and t-shirts to march in the parade. They’re still looking for volunteers to come help and meet some local refugees.

Want to get involved in other ways?

There is a band of about 14 local nonprofits in the Coalition of Refugee Service Agencies (CRSA) which is always looking for volunteers. Some of the nonprofits that are a part of CRSA include: Latin American Association, New American Pathways, Friends of Refugees, Global Village Project, all of which have come together to help serve the local refugee community.

Also, those who are interested in experiencing some of Mousa’s art for themselves should stay tuned. 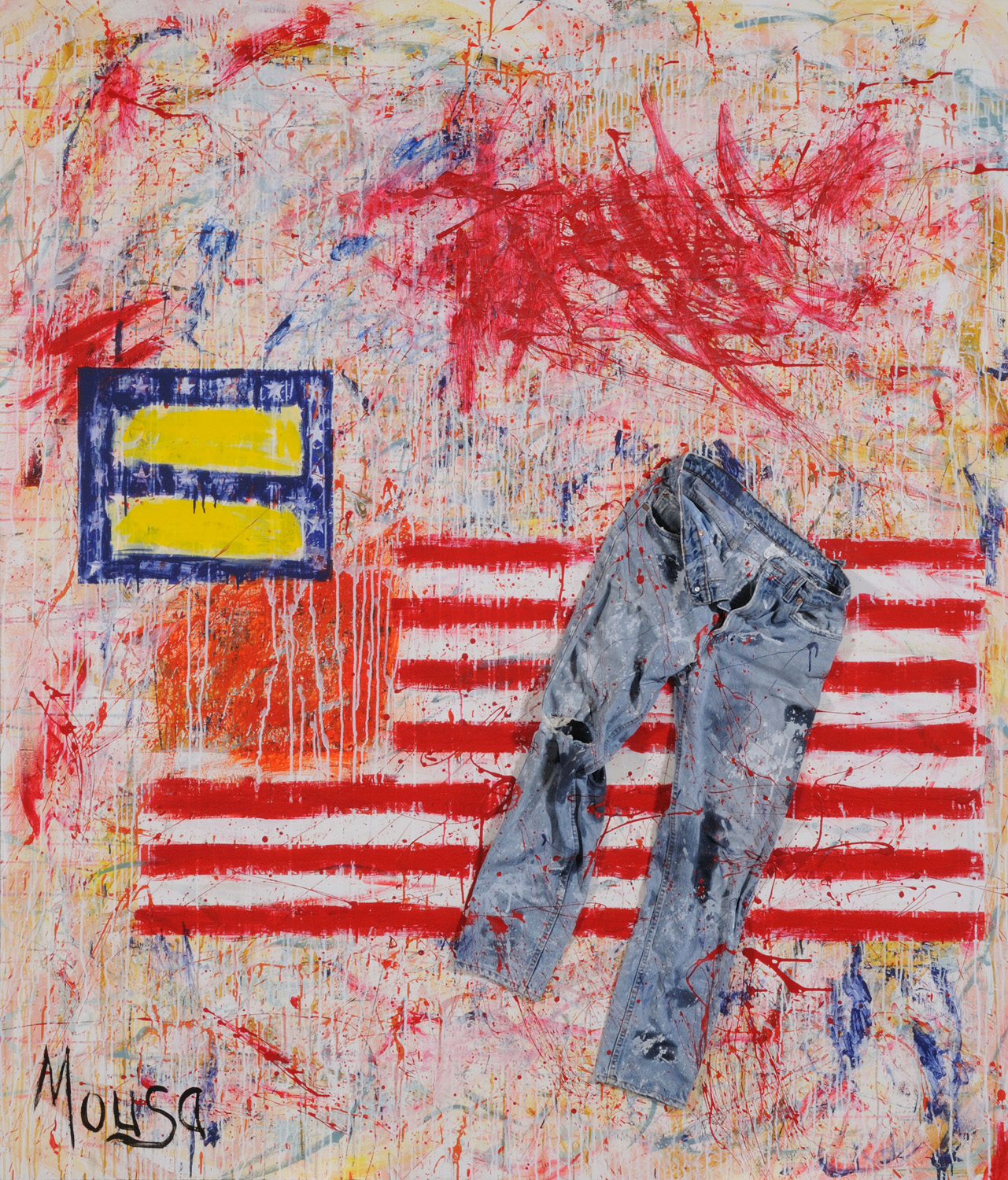 Beginning on Nov. 16 and continuing through April 18, 2018, Mousa is set to have an exhibition displayed at the Arab American National Museum in Dearborn, Mich. It’s called “American Landscape,” a work that explores the gay inequality.

“One of the wonderful things about it is, in the Middle East especially, they don’t really talk about the gay issues, and I actually get to talk to the Arab Community about these issues,” he said.

To learn more about Mousa’s art as well as the book he recently published, “Nabil Mousa – Breaking the Chains,” check out his website at www.nabilmousa.com.