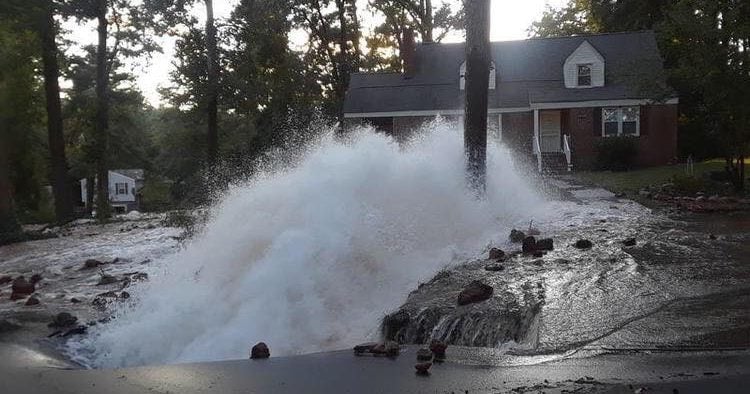 A photo of the water main break, obtained via Next Door.
Share 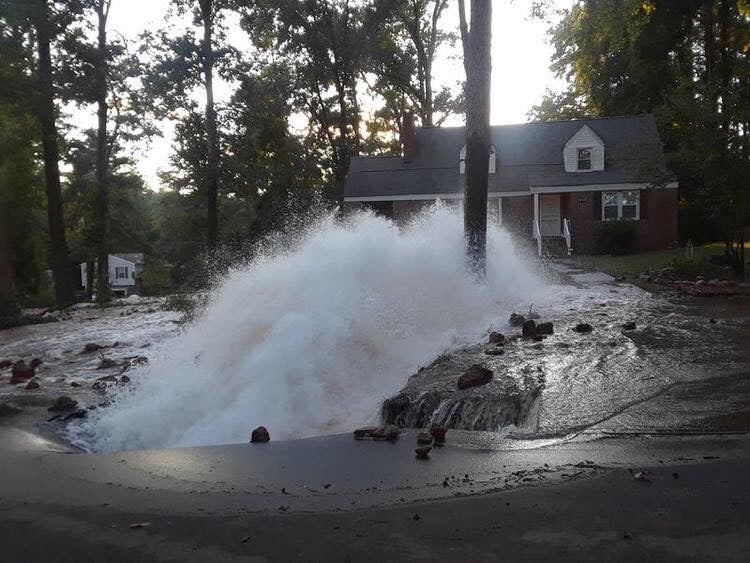 A photo of the water main break, obtained via Next Door. Photo taken by Frank Gundaker, Belvedere Park

County spokesperson Quinn Hudson said the exact address is in the 1600 bock of Guy Way.

“We have a 36 inch water main that has developed a break on Guy Way and we are attempting to isolate the break and set up a bypass to restore water pressure,” Hudson said. “Right now we have reports that it’s affecting south Decatur and down Columbia Drive and some reports from Avondale Estates. We’re advising people if they are experiencing low water pressure to minimize water usage.”

There’s no boil water advisory in effect at this time. The cause of the break is unknown. Hudson said the county hopes to have water pressure restored soon.

“We hope to have water restored within hours,” he said. “We’ve pinpointed where the break is.”

He said county fire stations are equipped with 500 gallon water trucks so the county can still fight fires during the service disruption.

Late Thursday evening, DeKalb Watershed Management said it had isolated the break and the system should begin to pressurize.

The break caused pressure issues throughout the city of Decatur:

Update: The break has been isolated and the system should begin to re-pressurize. IMPORTANT NOTICE: There is a large…

Posted by City of Decatur GA- Government on Thursday, October 5, 2017

A reader sent in a photo showing the water in her sink is discolored. She said, “I am filling up my bathtub in case of water being out tomorrow (flushing toilet and all of that). And there hasn’t been an order to boil water yet, but I don’t think anyone should drink it. It’s seriously dark greenish brown.” 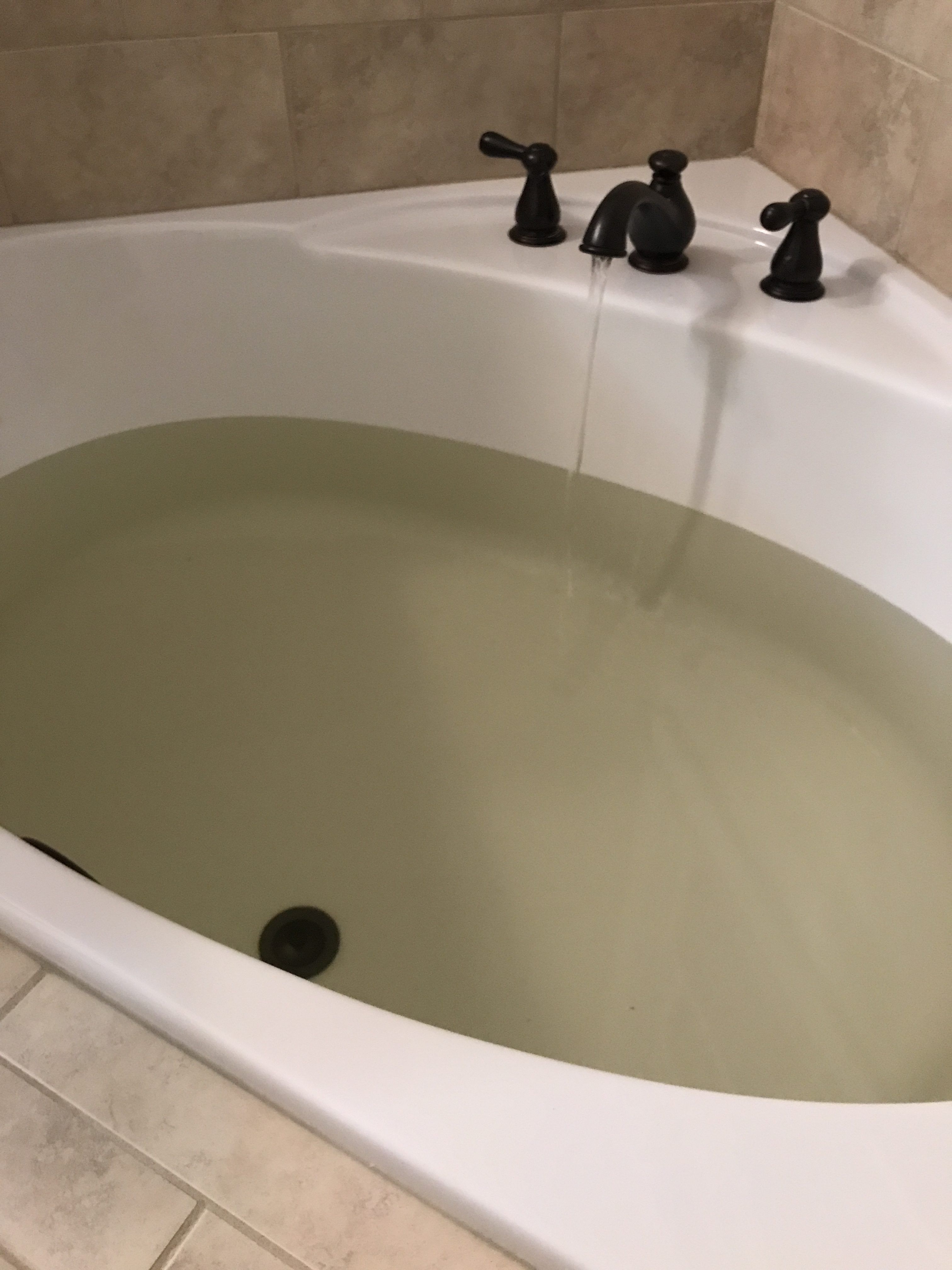 In 2015, a water main break at Henderson Mill and Evans roads led to days of water quality issues and a boil water advisory that hobbled local restaurants because they couldn’t clean dishes.

More information will be posted when it becomes available.