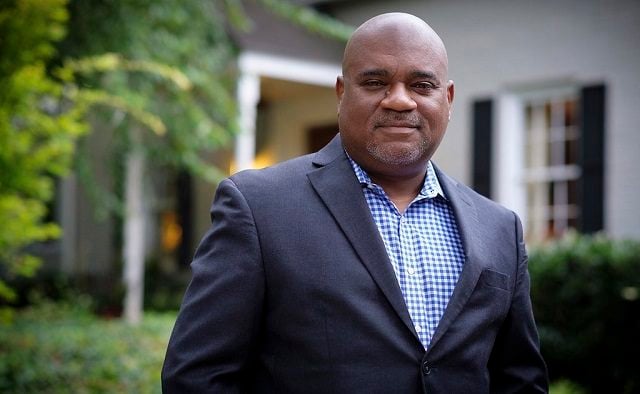 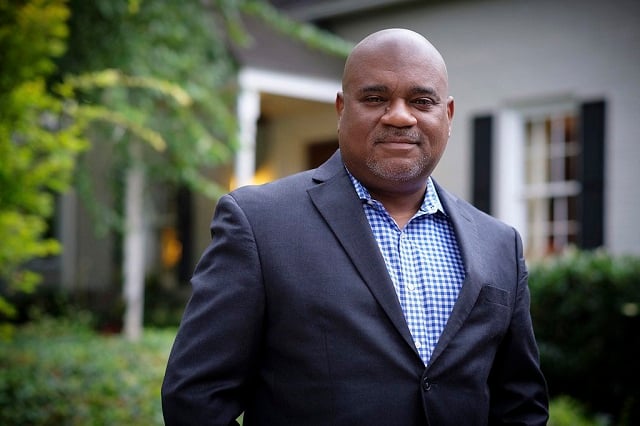 Avondale Estates has a reputation of being a cloistered small town inside of a big urban area.

Until this year, signs at Lake Avondale and Willis Park said these amenities were exclusively for the city’s residents and violators could be prosecuted. As annexation has become a hot topic in the last few years, longtime residents have fretted about the influx of newcomers. According to 2015 census data, the town of about 3,000 people is still 85 percent white.

But on Nov. 7, something remarkable happened in Avondale Estates. Mayor Pro Tem Terry Giager, who has served on the commission since 2010, was voted out of office. Two new commissioners were elected: Lisa Shortell, a vocal and engaged city resident, and Lionel Laratte, a consultant who has lived in Avondale since 2009.

Laratte is black, and to the best of anyone’s knowledge, he’s the first black commissioner in the city’s history.

The new commissioner downplayed his accomplishment in an interview with Decaturish.

“To be honest with you, that was never any calculation or never any part of why I ran,” Laratte said. “I ran because I believe that I have something to bring to the table in terms of my business experience and my ability to work with people. That was never any question for me and it was never a factor in me running.”

It was a close race. According to results released by DeKalb County, Laratte received 368 votes, just 10 more than the candidate who came in third place, Candace Jones.

Laratte said he won because he convinced voters that he was an earnest person who would work well with other commissioners.

“I’m sincere and I have a pretty logical way of thinking and I think everyone who voted for me got the sense that I’m easy to work with,” he said. “I’m not obstructionist and … I have definite ideas and a definite vision for what downtown Avondale should be. However, realizing my personal vision is not what’s important. It’s making sure we do advance the downtown in some way.”

Mayor Jonathan Elmore said Laratte is a friend and he’s happy that he won.

But Elmore didn’t dismiss the historical significance of Laratte’s accomplishment.

“If that’s our first African American commissioner, I’m proud of it,” Elmore said. “If it does say something, I hope it says our community is changing and is more open.”

State Rep. Karla Drenner, D-Avondale Estates, also took it as a sign that Avondale is changing for the better.

“It looks like there’s a new generation of Avondale that is embracing the 21st century multiculturalism,” she said. “How exciting is that?”