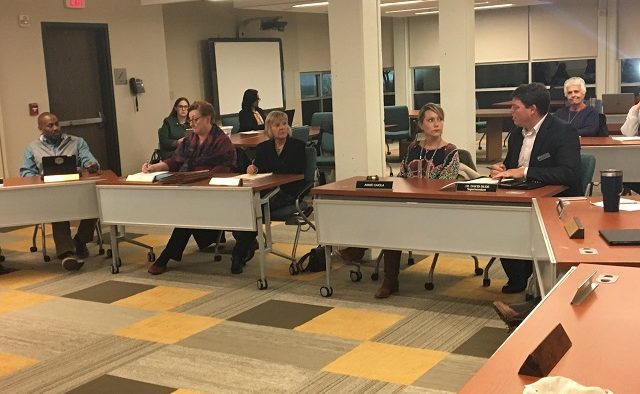 The Decatur School Board and City Commission held a joint meeting on Thursday, Nov. 9. Photo by Gabriel Owens
Share 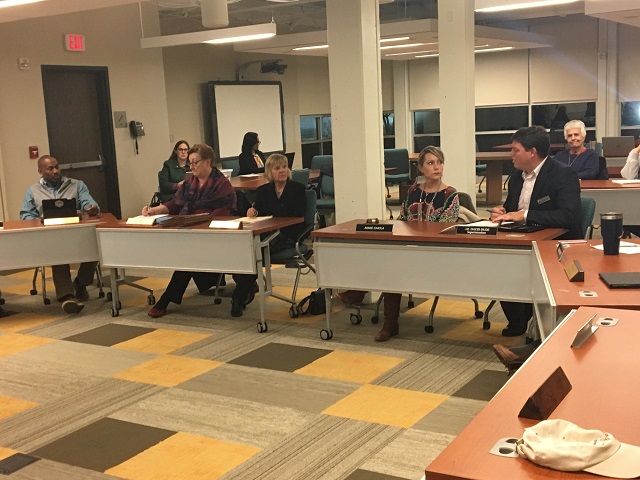 The Decatur School Board and City Commission held a joint meeting on Thursday, Nov. 9. Photo by Gabriel Owens

The Decatur City Commission and the School Board held a follow up meeting last night to discuss plans to annex more property into the city.

When the School Board and City Commission last held a meeting on the topic a year ago, both agreed that they needed actual “annexation metrics” to measure the impact annexation would have on City Schools of Decatur enrollment. That was the last time the two elected bodies held a public meeting on the topic.

“I recognize it’s been a year since we last talked on this,” City Schools of Decatur Superintendent David Dude said. “So we’re touching base to see if there’s any updates.”

The main topic discussed was the city’s purchase of the United Methodist Children’s home, which includes 77 acres located right outside the city of Decatur. The planning process for the property is set to start at the beginning of 2018.

One issue being discussed by the city is a group of 12 unincorporated properties adjacent to the UMCH property. Commissioner Tony Powers said they are located on Derrydown Way. He said the city’s intention is to annex them to “clean up the boundary lines.”

City Manager Peggy Merriss said the city is also preserving 22 acres of the church property as a green space. The city financed the purchase of those acres with a low interest $11.5 million loan from the Georgia Environmental Finance Authority. The total purchase price of the campus was around $40 million.

The Children’s Home would maintain ownership of their chapel, Merriss said.

The possibility of city hood for two areas in DeKalb, Prosperity and Greenhaven, were also discussed.

Garrett did say a placeholder bill was approved for Prosperity, and said it would take two years to be approved by the state Legislature.

Overall, both the school board and the commission do not expect any further annexation to occur this year.

“We are looking for stability in the schools for now,” Dude said. “We need to take a breath and take time to come up with a comprehensive plan.” Dude said the construction of the new school remains CSD’s top priority now.

The annexation of Emory to Atlanta was discussed at the meeting. The annexation, which is still pending, does not expand the boundaries of the Atlanta Public School system, which is a topic of dispute between APS and DeKalb County Schools.

CSD is paying attention to that situation, Dude said.

“I am intrigued on how that whole Emory situation will work out,” said Dude. “That could be an important guideline going forward for annexation concerns.”