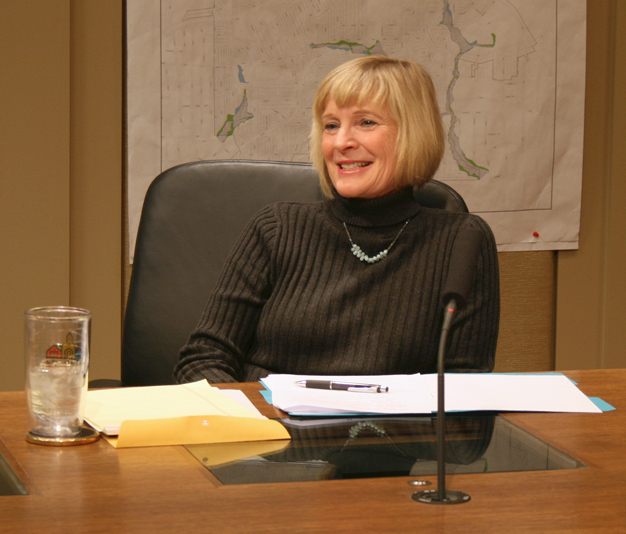 Decatur Mayor Patti Garrett on Tuesday released a lengthy statement in response to Lt. Gov. Casey Cagle’s allegations that Decatur is a sanctuary city and a safe harbor for “criminal illegal aliens.”

No, Decatur isn’t, the mayor said. And she said a lot more than that, saying the Lt. Governor owes the city’s police department an apology and warning that his campaign against Decatur could drive businesses like Amazon away from Georgia.

Amazon is currently looking for a place to locate its second headquarters and Atlanta is considered to be in the running.

“Rather than leading the State of Georgia forward, the Lt. Governor has adopted a strategy that appears to manufacture fear, anger and scapegoating,” Garrett said. “Not only are the charges false and misleading, they could very well damage Georgia’s bid for Amazon’s second headquarters, potentially one of the biggest economic development opportunities in the state’s history.”

Decaturish left a message for Cagle and has done so repeatedly while covering this story. Cagle has declined to return messages, opting instead to speak to supporters through Facebook and talk to local television stations.

The state’s Immigration Enforcement Review Board recently decided to move forward with a complaint filed by Cagle against the city of Decatur.  Cagle has accused the city of Decatur of violating state law prohibiting “sanctuary cities” because of the city’s decision to put in writing a longstanding policy regarding cooperation with Immigration and Customs Enforcement. The city said it does not detain immigrants without a valid warrant from ICE and never has. Officers who violate the policy could face disciplinary action. The city says its policy is not in violation of state law.

The city’s attorney questioned the board’s impartiality. Cagle appoints two of the board’s members, and the board’s chair has criticized Decatur’s policy in an interview with the Atlanta Journal Constitution. The chairman, Shawn Hanley, will not recuse himself from handling Cagle’s complaint.

Even a group that has taken extreme positions on the illegal immigration issue has questioned the basis for Cagle’s complaint. D.A. King, founder of the Dustin Inman Society, has filed the majority of the complaints with the Immigration Enforcement Review Board. The group’s founder said Decatur isn’t violating state sanctuary law, even though he doesn’t personally approve of the city’s policy.

In October of this year, I had the privilege of attending the National League of Cities Educational Summit on Inclusion, Diversity and Equity as the Michael Lynch Scholarship award winner. Only days following the conclusion of that conference, the City of Decatur received its first letter from  Lieutenant Governor Casey Cagle alleging that the city was in violation of the state of Georgia’s Sanctuary Policy Law.

As I reflect on the conference and our own City’s efforts to cultivate a diverse and inclusive community, I am perplexed and saddened that the Lt. Governor has chosen to characterize Decatur in this seemingly self-serving and inflammatory way, accusing Decatur of harboring dangerous criminals when he knows that is simply not true.

Lt. Governor Cagle’s allegations are not based in fact yet he continues to ignore our repeated attempts to clarify our Police Department’s policy and to correct his inaccuracies.

The City of Decatur is not a sanctuary city. Had the Lt. Governor taken the time to talk with any of our city leaders prior to his interviews with local TV stations— where he questioned the actions of one of the best Police Departments in the State of Georgia — we could have discussed the policy matters at hand.

Instead, for reasons that seem both personally and politically motivated, he chose to forego having a direct conversation. He now stands by his own interpretations with little effort to verify their accuracy, such as awaiting guidance from the State Attorney General.

The Lt. Governor has demanded that the Decatur Police Department change a legally sound and compliant policy. He uses his campaign Facebook page to complain about the Decatur policy, while as  Lt. Governor, he has issued letters, given interviews, and made statements to use the power of his office to threaten Decatur with a loss of state funding unless it accepts his interpretation of the Sanctuary Policy Law and ignores one of the fundamental protections provided by the United States Bill of Rights. He has recently filed an official complaint as Lt. Governor with the Immigration and Enforcement Review Board. We are told that a hearing will be held in mid-January.

We are aware of a number of cities and counties in Georgia that have adopted similar, if not broader, immigrant status policies making this, if anything, a question of statewide significance. Our Police Department does not recall ever receiving a detainer request from U.S. Immigration and Customs Enforcement (ICE). We do not operate jail facilities to detain anyone, regardless of the law enforcement organization making such a request.

Lt. Governor Cagle owes Police Chief Mike Booker and the men and women of the Decatur Police Department an apology for implying his actions are rooted in their failure to uphold the law and for accusing Decatur officials of harboring dangerous criminals. Decatur’s police are committed to preventing crime, enforcing the law, and seeking justice within the boundaries of the constitutional standards they are sworn to uphold. The inflammatory language used by the Lt. Governor to describe the policy of the Decatur Police Department is insulting to the exceptionally well-qualified and dedicated officers and staff who work daily to assure the well-being, safety and security of our community and to treat all of our residents, business owners and visitors with honesty, integrity and respect.

Rather than leading the State of Georgia forward, the Lt. Governor has adopted a strategy that appears to manufacture fear, anger and scapegoating.  Not only are the charges false and misleading, they could very well damage Georgia’s bid for Amazon’s second headquarters, potentially one of the biggest economic development opportunities in the state’s history.

Instead, we welcome everyone – including the Lt. Governor – to join us in building a community based on hope and focused on a vibrant future that has room at the table for everyone who wants to contribute in a positive way.