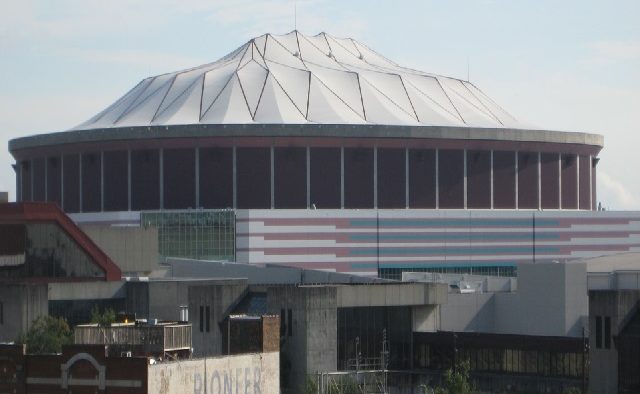 On Monday, Nov. 20, there is a planned implosion of the Georgia Dome, which in turn, will alter MARTA routes.

MARTA transportation west of the Five Points Station, or the blue and green rail lines to Hamilton E. Holmes and Bankhead, will not be operating on Nov. 20.

However, according to a recent press release, “three bus routes mirroring the blue/green rail lines and stops will begin at 4:30 a.m.,” and the routes will operate as follows:

– The blue line will run east and west from Five Points to Hamilton E. Holmes, with stops
parallel with or at existing MARTA rail stations

– A purple express bus will provide a non-stop ride between Five Points and Hamilton E. Holmes

– Buses will operate at a frequency of approximately 10 minutes apart and will continue until
rail service can be safely resumed.

– MARTA Mobility vehicles will provide transport at the blue to green line transition around
Walmart in the 800 block of MLK Drive.

Communications Manager Stephany Fisher said that MARTA will keep their revised bus and rail routes until the rail routes are inspected and determined to be safe following the implosion.

“Once we get the all clear,” she said, “we’ll post it to our social media sites, our website, I’ll send a press release, and MARTA staff at bus stops and rail stations will begin telling patrons.”

Additionally, Fisher reported that there are several safety measures in place to ensure that MARTA rail tunnels are good to go following the Dome implosion.