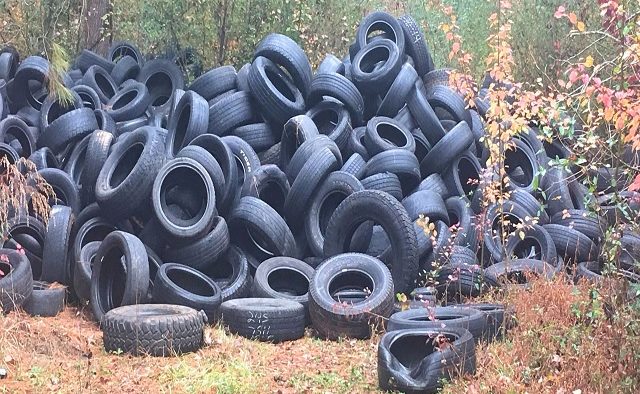 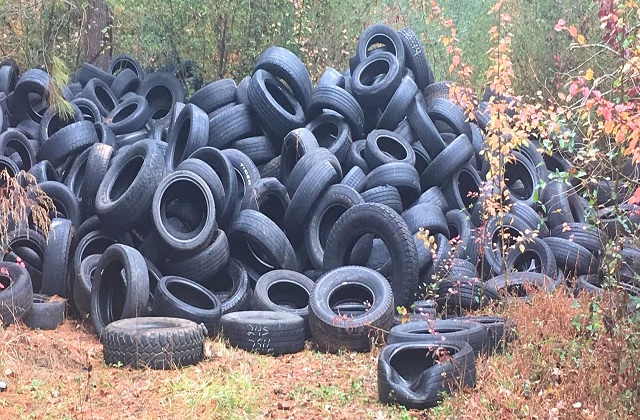 “Based on a tip from a resident, DeKalb County discovered more than 20,000 illegally dumped tires at Fork Creek Mountain Park,” the county announced. “This is the largest illegal tire dump site discovered this year and it will take approximately two weeks to completely remove the tires from the park.”

Any person caught dumping litter, including tires, will face a misdemeanor and repeated violations could bring felony charges, the county says, including fines of up to $25,000 for each violation and/or five years in prison.

“The cleanup is a coordinated effort between six county departments including Code Enforcement, Keep DeKalb Beautiful, Roads and Drainage, Sanitation, Recreation, Parks and Cultural Affairs and the DeKalb County Police Department,” the announcement from the county says. “Eight dump trucks, two back hoes and one tractor trailer were dispatched to immediately remove the tires. The county also will employ several tractor trailer trucks with the capacity to haul 400 tires each to finalize the cleanup.”

The DeKalb Champion newspaper also shot and published this video of the tires left at the park. To see it, click here.