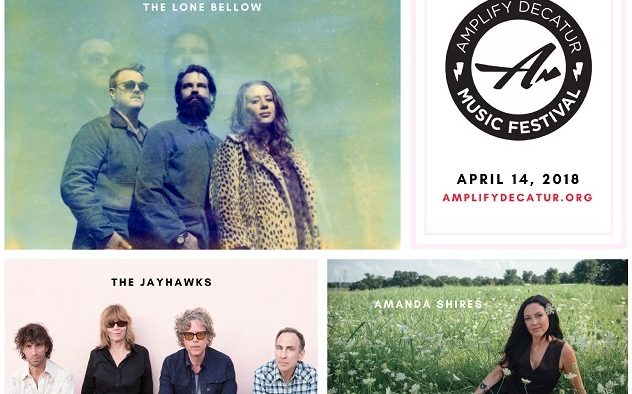 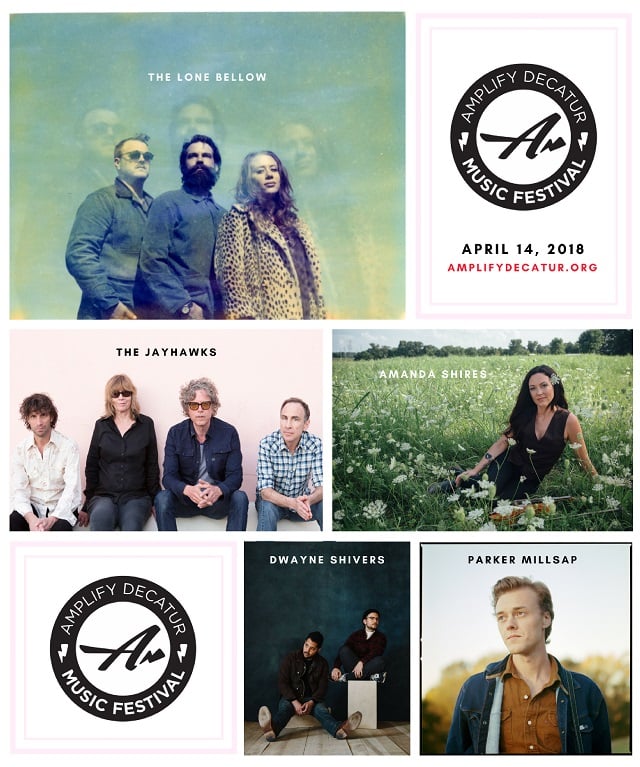 The Amplify Decatur Music Festival returns on April 14, 2018 and the line-up will feature five different bands.

The organizers provided a description of each band performing at the 2018 festival.

For Walk Into A Storm, The Lone Bellow’s third studio album, the band turned inward like never before. The Nashville-via-Brooklyn band’s raw, intimate, and undeniably soulful Dave Cobb-produced LP was recorded in Nashville’s famed RCA Studio A as the follow-up to 2014’s cherished Then Came The Morning. Guitarist Brian Elmquist says the latest release is centered on “the human condition and how you’re trying to connect with it.” With stunning tracks including “Is It Ever Gonna Be Easy?” and “Long Way To Go,” it features some of the band’s most poignant material to date.

Born in Minneapolis in the 1980s, the incredible harmonies and distinctive arrangements of The Jayhawks helped them become a driving force and inspiration behind the 1990s growing Americana movement, with a series of touchstone albums that included Hollywood Town Hall (1992) and Tomorrow the Green Grass (1995). When co-founder Mark Olson left to pursue a solo career, Gary Louris singularly took over the songwriting role, creating some of their best selling and well-received albums including Smile (2000) and Rainy Day Music (2003). The Jayhawks latest album, Paging Mr. Proust (2016), was produced in Portland with Peter Buck and Tucker Martine.

Following the release of her most recent album, My Piece of Land, Amanda Shires was recognized as the “Emerging Artist of the Year” at the 2017 Americana Music Honors & Awards. Ms. Shires began her career as a teenager playing fiddle with the Texas Playboys. Since then, she’s toured and recorded with John Prine, Billy Joe Shaver, Todd Snider, Justin Townes Earle, Shovels & Rope, and most recently her husband Jason Isbell.