City Commissioner Randy Beebe confirmed that Brown had submitted his resignation. A copy of a resignation letter was posted on the Facebook page of Tudor Square, property in downtown Avondale owned by former mayor Ed Rieker. The letter says Brown’s resignation would be effective Feb. 16, 2018.

The letter does not give a reason for his departure. Beebe said he did not know why Brown is leaving. 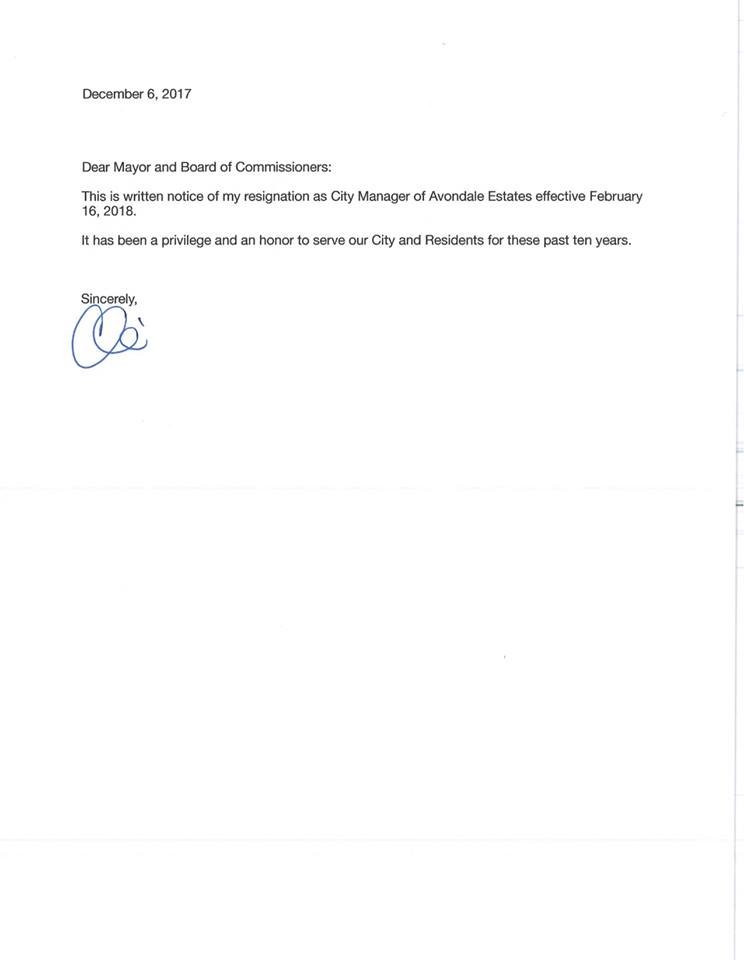 Brown has been city manager since 2008. He is the son of Dewey Brown, who was the city manager and police chief for Avondale Estates for 46 years.

Decaturish left a message with Brown and Mayor Jonathan Elmore seeking comment and will update this story when they respond.

The Atlanta Journal Constitution reported tensions have been brewing between commissioners and Brown several days. The AJC reported that Commissioner Brian Fisher prepared a draft city budget to counter a budget presented by Brown and the Finance Director. Preparing the budget is typically the responsibility of city staff. Elmore and Brown have not responded to the AJC’s requests for interviews either.