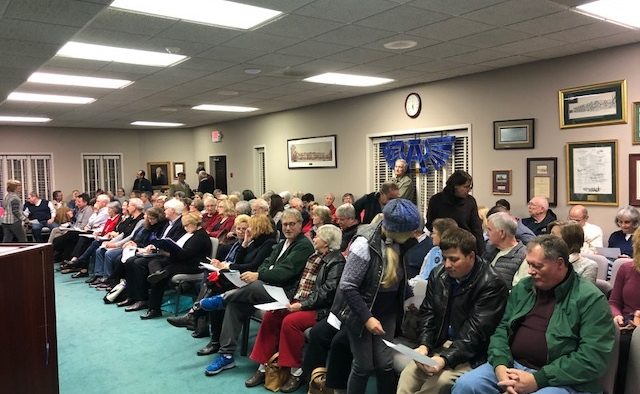 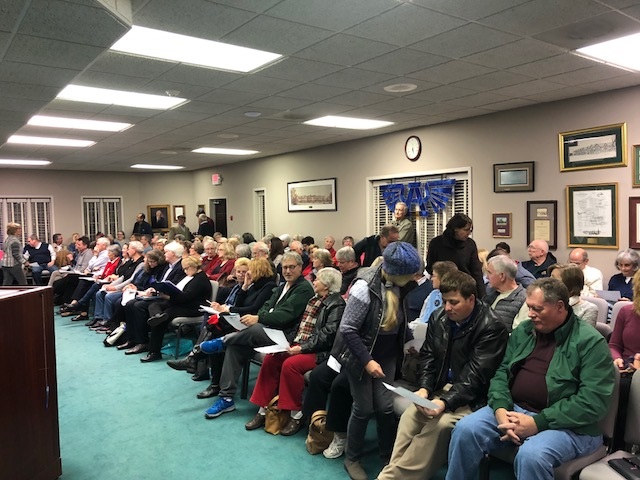 Clai Brown, who announced last week that he intends to resign as City Manager, had a room full of supporters asking him to rescind his resignation.

At the beginning of the meeting, Mayor Jonathan Elmore asked Brown, “Can we talk tomorrow?”

Brown received a standing ovation from the crowd, telling them the resignation “was the hardest decision I have ever had to make.”

As public comments continued for over an hour, many residents praised Brown for his work managing the city and its finances for the past 10 years. Tamara Shipley, who is married to Mayor Elmore, spoke during the meeting and expressed her support of the resignation. She said that change may be good —the crowd booed her.

Mayor Elmore kept the meeting on task, asking Brown again to meet with him on Tuesday. Brown agreed to the delight of the audience. Elmore then called for a vote to defer approval of the 2018 budget, which was unanimously passed. The crowd applauded.

In his opening comments, Commissioner Brian Fisher said that being accused of forcing Brown to resign frustrated him.

“In two years you have not reached out to me,” he said to Brown. After an impasse on the budget, Fisher said he called for a meeting with Elmore, Brown and Ken Turner, the city Finance Director. After this two hour meeting, Fisher asked to present his budget suggestions to the board, commissioners-elect and the public. “At no time did anyone say this was unwise, unethical or inappropriate.”

In response, Brown’s opening statement did not directly address the budget but rather core values. He said the budget isn’t why he resigned.

“I believe that fiscal responsibility, transparency, honest and trust are the core values that build a foundation for successful government and right now I do not feel those core values are represented in our government,” he said. He continued by quoting city charter. According to the charter, “[The City Commission] is responsible for setting policy and the city manager is responsible for operations.”

After public comments, Elmore said that the city could not pass an underfunded budget.

“We all got together and solved that problem…we presented a balanced budget at two public forums,” Elmore said.

Both Commissioner Randy Beebe and Mayor Pro-Tem Terry Giager interjected that they did not agree on the current budget.

To which Brown said, “It is not the budget!”

“It is my core values,” he said without elaborating further.