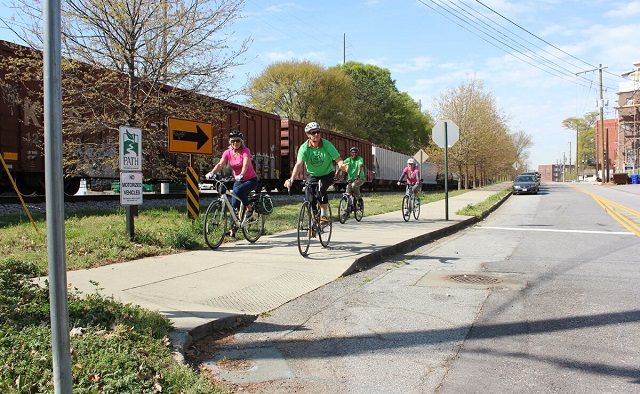 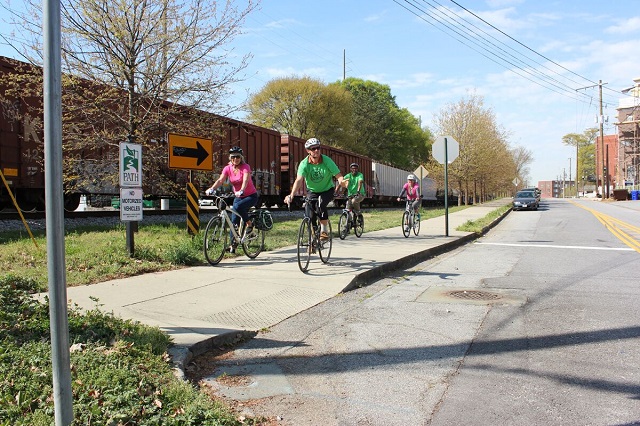 The League of American Bicyclists has certified Decatur’s status as a bronze level Bicycle Friendly Community.

“We applaud these communities for making bicycling a safe and convenient option for transportation and recreation,” Bill Nesper, Executive Director at the League of American Bicyclists, said in a press release. “We are encouraged by the growing number of leaders who see bicycling as a way to build more vibrant, healthy, sustainable and connected communities and be a part of the solution to many complex challenges faced at both the community and national levels. We look forward to continuing to work with these communities as we move closer to our mission of creating a Bicycle Friendly America for everyone.”

“Decatur has recently completed a PATH Connectivity and Implementation Plan and is excited to be adding improved bicycle infrastructure throughout the community in coming years,” a press release from the city says. “The protected bicycle track on North McDonough is almost complete and adds another layer of connectivity in the city.”

“Decatur is becoming an excellent place to commute by bike, even as Atlanta surges ahead in bike friendliness, thanks to the Beltline and other infrastructure projects,” Andrade said.”The key to a healthy bike commuting culture is simple in theory but difficult to achieve in practice: protected and connected bike lanes. Decatur’s leadership is aware of this and is building such a network. This will be good for everyone — not just bike riders. Studies show that good bike infrastructure actually decreases motor vehicle congestion, and bike lanes are five times more efficient at moving people than car lanes. We believe that if its current trajectory keeps up, the next time Decatur gets certified it may be silver or gold!”

Hurley said its important for residents to speak up in support of projects that make cycling easier in Decatur.

“I would add that while Decatur’s leadership supports the Decatur PATH Connectivity and Implementation Plan, it is also important that Decatur residents voice their support for the plan and to encourage city leaders to allocate funds to building this network of protected bike lanes,” he said. “Reaching bronze level was achieved by both dedicated city leadership and strong community involvement.  With continued support by city leadership and residents, Decatur can become a national leader in active transportation and hopefully achieve gold level in the near future.”