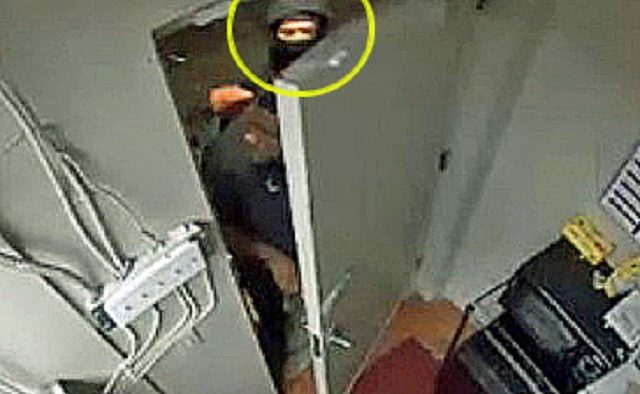 The Decatur Police Department has released a photo a suspect believed to be involved in the attempted robbery of a Decatur Verizon store.

The incident occurred on Dec. 5. The photo was obtained via surveillance video footage.

“A Verizon employee reported he was taking out the trash when he was approached from behind by two unknown men who attempted to force their way into the store,” Lt. Jennifer Ross said. “The employee was able to pull the door closed and lock the door.”

The suspects are described as:

Suspect #2: Black male, approximately 6’01”, slender build, light complexion, brown eyes with long eye lashes, wearing a black bandanna across his face and a black hoodie with a colorful logo on the front consisting of red, green and yellow. (Suspect #2 circled in yellow in photo). 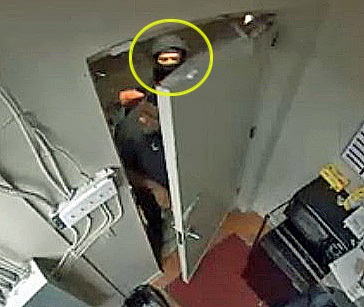 “The two suspects left in a white Dodge Avenger driven by a third suspect. The vehicle displayed an unknown drive-out tag,” Ross said. “If you have any information about this case or these suspects or the suspect vehicle, please contact Inv. Hensel at [email protected] or 678/553-6687or you can contact Crime Stoppers Greater Atlanta at 404/577-TIPS(8477) or http://www.crimestoppersatlanta.org/ and remain anonymous.”