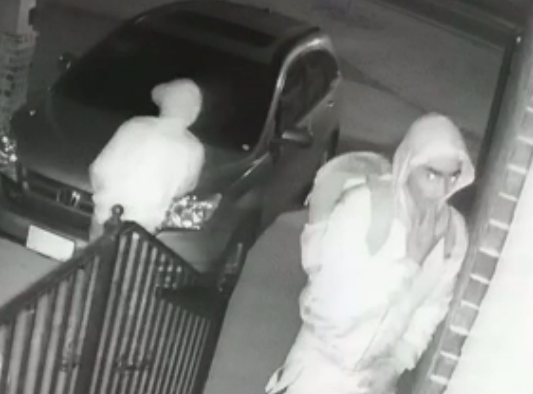 Decatur Police are asking for the public’s help locating suspects believed to be involved in recent burglaries in the Oakhurst and Winnona Park neighborhoods.

“On Friday, Dec. 1, 2017 at approximately 3:34 am, Decatur Police responded to a burglary in progress in the 800 block of South Candler Street,” the Police Department said in a press release. “The homeowner reported that she left her garage door up before going to sleep and was awoken around 3:30 am to a chime indicating a door to her home had been opened. A family member staying in a bedroom near the garage reported he was awoken to someone trying to open his bedroom door and when he called out to ask who was at the door, he heard the sound of people running away. No items were taken. Surveillance video footage showed three individuals first approaching and checking the carport door and then entering the open garage at the rear of the home.”

This was followed by another burglary call, this time on Garland Avenue.

“At 7:17 am, Officer Santiago responded to a burglary in the 200 block of Garland Avenue,” the Police Department said. “The homeowner reported going to bed the previous night and leaving the rear door unlocked. At 7:00 am, she received a call from a neighbor advising purses from her home were found in the neighbor’s driveway. She then noticed the rear door ajar. Two purses and two laptops were taken. The two purses were recovered and cash was missing from both purses. Two neighbors on Garland Avenue later posted videos on the Oakhurst Facebook page showing the same suspects on their property attempting to open doors and windows of the homes as well as checking vehicle doors.”

The suspects are described as follows:

#1: Black male, wearing dark jeans with rips or zippers down the front, light colored shirt/jacket, dark shoes and carrying a handgun in his left hand.

Police are also coordinating with the DeKalb County and Atlanta Police departments, saying there have been similar incidents in those jurisdictions. Officers are also conducting “targeted patrols” in these areas.

Here are photos of the suspects: 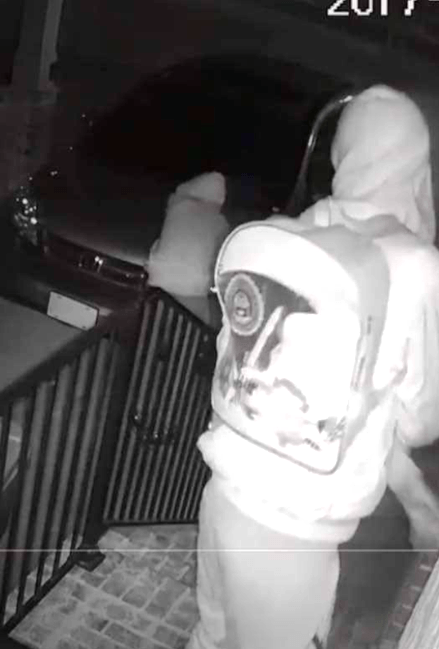 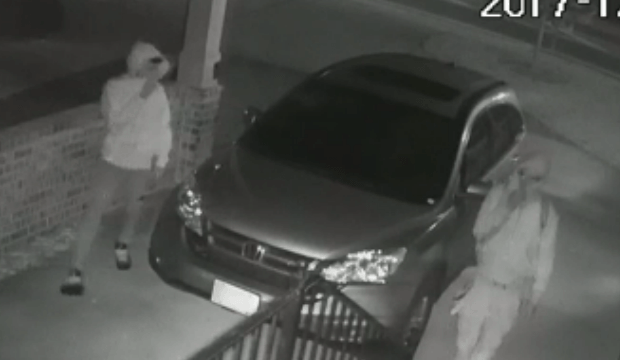 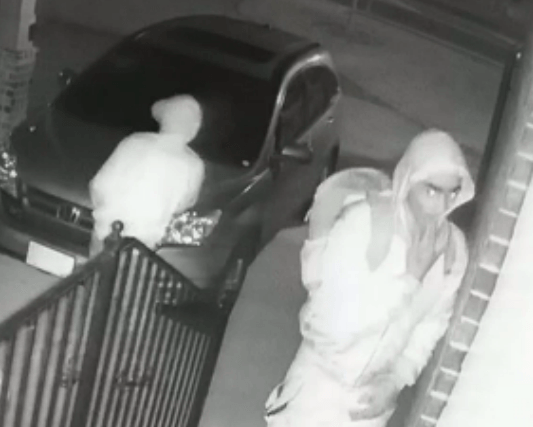