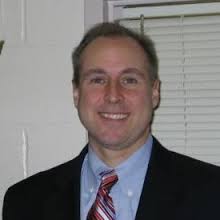 CSD did not provide a reason for his departure in its message to parents at the school.

“City Schools of Decatur and Renfroe Middle School strive to provide the best academic experience for our students in a safe and positive atmosphere,” Superintendent David Dude wrote. “After much thought and consideration, I have accepted Johnathan Clark’s resignation as principal of Renfroe Middle School effective Friday, Dec. 15, 2017. Although it is regrettable to have a change in school leadership during the school year, this is the best course of action for the school and district.

“CSD administrative staff will provide additional support to the school during this transition. Mr. Bruce Roaden, former principal of Renfroe Middle School, will be acting principal until an interim principal is named. Mr. Roaden and I will also work with the SLT to make the transition as smooth as possible.”

Roaden currently works at CSD’s central office where he serves as executive director of student support.

Clark was hired in 2015 by Dude’s predecessor, Phyllis Edwards. He had previously worked in DeKalb County schools where he served as principal of two elementary schools, McLendon Elementary and Dunwoody Elementary School. When he left DeKalb County Schools he was the Director of Research Assessments and Grants in the school system’s central office.

This story will be updated if any new information becomes available.