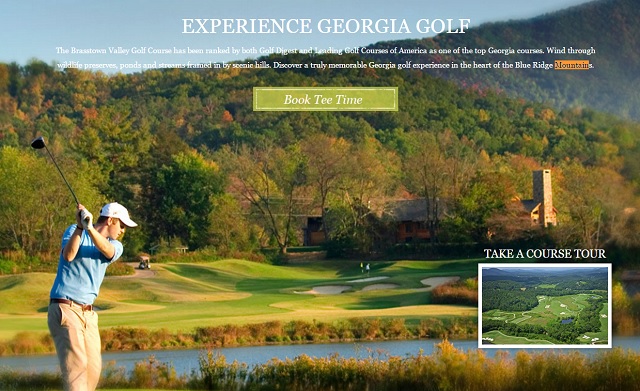 The Decatur City Commission is holding its annual retreat on Thursday, Jan. 25, and Friday, Jan. 26 at a golf resort located two hours outside city limits.

The retreat will be held at Brasstown Valley Resort & Spa in Young Harris, Ga. If you aren’t interested in commuting back and forth each day, rooms are about $200 a night. Last year the City Commission spent $5,400 to hold its retreat there.

While Decaturish has complained about the city holding a “public meeting” in a location that most residents won’t be able to attend, the city has defended the practice.

Last year, Mayor Patti Garrett said, “The reason that we plan them and have them out of town is … we think being able to have a retreat-like atmosphere is important. We do brainstorming. We look at how we can work best together. I think those kinds of things happen best when there are a minimum of distractions and it allows us to have the minimum of distractions from our daily lives. The city commission has a pretty small budget, but it is something we have decided is important enough to spend money on.”

The retreat is a legally called meeting under the Open Meetings Act, which does not specify where government agencies must meet, only what the notice requirements are. The City Commission in the past has not recorded this meeting or kept minutes.

“Not every public meeting requires recording minutes,” City Manager Merriss said when asked why the city does not keep a record of this meeting for people who can’t attend. “I believe we strive to comply with the Georgia Open Meetings and Open Records requirements.”

When asked for an agenda for this year’s retreat, Merriss provided one that said the commission could enter into a closed-door meeting known as an executive session to discuss personnel issues, litigation or real estate matters.

However, the Open Meetings Act says that any vote to go into executive session must be recorded in the official minutes of a meeting:

(a) When any meeting of an agency is closed to the public pursuant to any provision of this chapter, the specific reasons for such closure shall be entered upon the official minutes, the meeting shall not be closed to the public except by a majority vote of a quorum present for the meeting, the minutes shall reflect the names of the members present and the names of those voting for closure, and that part of the minutes shall be made available to the public as any other minutes. http://www.chrl.org/wp-content/uploads/2015/04/Open-Meeting-Act.pdf

Merriss said if the City Commission decides to exercise its right to hold an executive session at its retreat, it will meet the minimum requirements for meeting minutes set by the Open Meetings Act.

Decaturish asked the city to record this retreat and provide transportation options for residents who can’t attend, particularly residents with lower incomes. Merriss said the city will not do this.

“The City Commission Retreat will comply with all Georgia Open Meetings and Open Records requirements,” Merriss said. “A report will be available for anyone who is interested. Persons who wish to attend will need to make their own arrangements.”