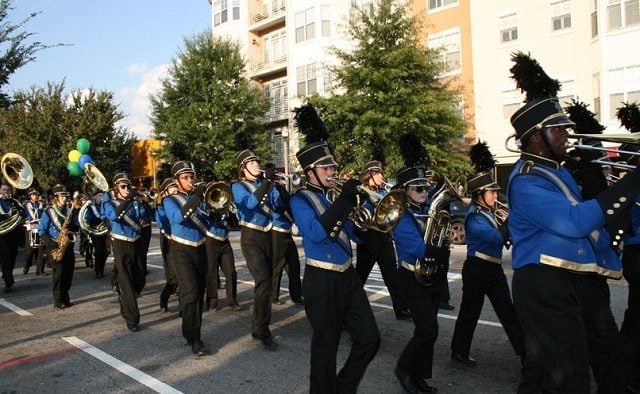 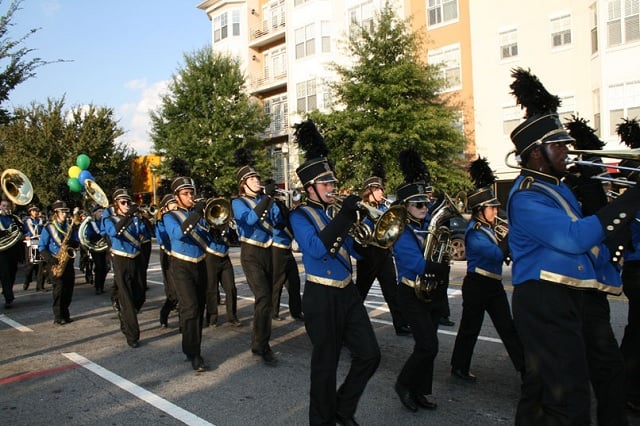 About 50 members of the Decatur High Marching Band will be a part of the opening ceremonies for the College Football National Championship being played tonight, Jan. 8.

Band Director Rob Truan said the kids were selected based on seniority and will hold the American flag and help hold banners for the different colleges. Other schools participating are Southwest DeKalb High School, Columbia High School and some Georgia Tech students, he said. He noted that during rehearsals one Georgia Tech student held a banner for the University of Georgia, the school’s loathed rival.

“It was funny,” Truan said.

He said the kids will be sporting Nike shirts with the National Championship logo instead of DHS uniforms. Truan said one of the band parents used their connections to get DHS students the invite.

The kids are pumped, he said.

“They’re just freaking out,” he said. “We got off of MARTA yesterday and they ran to the stadium because they were so excited.”