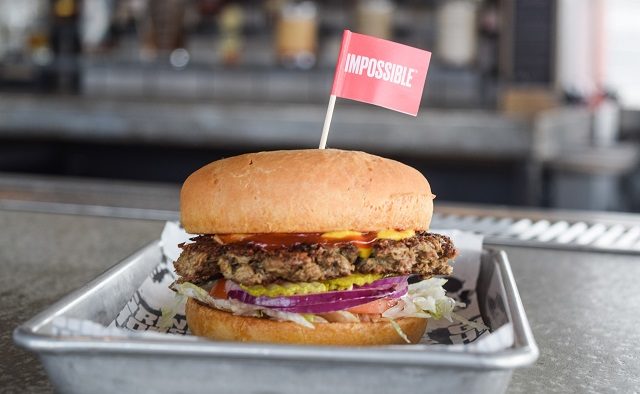 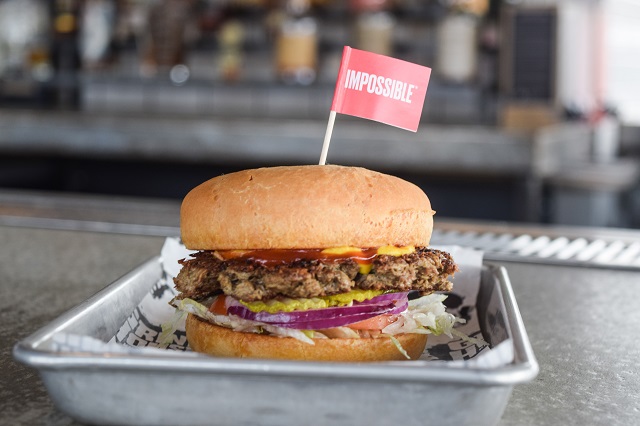 The Impossible Burger has made its way to Grindhouse Killer Burgers and has been on the menu ever since November.

The 100 percent plant-based burger is made out of ingredients such as wheat, potatoes, coconut oil, and heme, the essential molecule that makes it smell, sizzle, and cook just like meat.

“They absolutely love it. I’ve watched vegans who haven’t eaten beef in a long, long time — forever —  just go bonkers over it,” he said. “It’s not for everybody. I’m not going to say that it tastes exactly like beef to a real meat-eater, but if you’re looking to eliminate some red meat from your diet or meat from your diet, then I think it’s the best substitute out there.”

Brounstein is proud that Grindhouse is “one of the first” establishments to provide the Impossible Burger.

“When they contacted me, I was automatically kind of intrigued cause I knew it was a pretty special product,” he said. “They came down to give us a demo. We thought it was awesome and we just started selling it right away. And it took off.”

This patty is a creation of Impossible Foods, a Bill Gates-backed company that develops plant-based foods in order to reduce the amount of energy used in animal agriculture.

“The amount of resources it takes to create one burger from a cow is pretty astonishing when you look at the water required… all of the impact together makes a burger not only a very hefty endeavor, but also a big climate footprint bill related to that burger,” Impossible Foods spokesperson Jessica Appelgren said.

Some Decatur residents say that they would be interested in trying an Impossible Burger the next time they visit Grindhouse.

“I’m intrigued by it and I would be interested to see if it lives up to what they say about it. That’s for sure,” Becky Shaw said.

Cynthia Osborn thinks that the burger’s concept is a “great idea.”

“Knowing why they did it does give me pause to consider just how much energy meat production takes up,” she said. “It’s weird to think that a burger could be plant based and still have the same qualities of a regular meat burger. It does sound impossible, so yes, I’d certainly have to give it a try.”