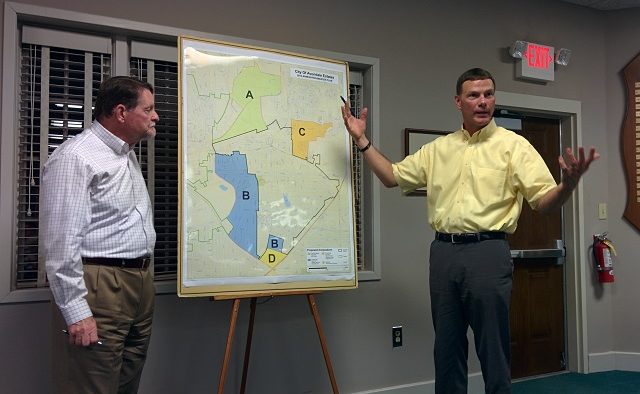 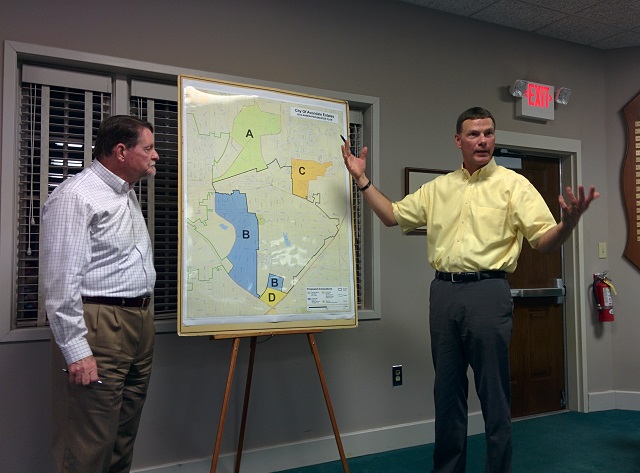 When Avondale Estates City Manager Clai Brown announced his resignation last month, it wasn’t clear why he was leaving the city.

On Jan. 11 he changed his mind and decided to continue serving as city manager.

The reason for his resignation announcement last month hasn’t been publicly disclosed. And there was something else the public didn’t know about: the severance clause added to his contract in 2015. That amendment would’ve paid Brown more than $300,000 as he walked out the door.

Paying someone a severance for resigning a public job is unusual. Decatur City Manager Peggy Merriss has said there’s no such provision in her contract, and experts who talked to the Atlanta Journal Constitution said they’ve never heard of anything like it.

The decision to amend Brown’s contract was not common knowledge until this week when Brown rescinded his resignation because the current City Commission refused to pay the severance.

An investigation by Decaturish found that there was no public discussion about the contract amendment before it was approved in 2015. The city has been unable to produce definitive evidence that the City Commission voted on the amendment and there’s no evidence that the public knew about it beforehand.

“Certainly there’s not adequate notice of what they’re doing and what they have done, and that leads to suspicion about whether something was being pushed through in a way that keeps the citizens in the dark,” Georgia First Amendment Foundation board member Gerry Weber said.

Current and former city officials have either refused to comment or have not returned messages seeking comment. Brown has not responded to requests to discuss the reasons for his resignation announcement, and an employee at City Hall said he was out of the office on Friday, Jan. 12. Decaturish left another message seeking comment for this story.

According to the contract amendment signed Feb. 23, 2015, Brown was eligible to receive severance worth up to one year’s salary, plus any vacation and sick leave he had not used. Based on records provided by the city, Brown currently makes around $180,000. According to the AJC, Brown has $114,000 in accrued vacation and sick leave. That, combined with bonuses due, would’ve cost the city more than $300,000, the AJC reported, roughly 9 percent of the city’s budget.

The severance provision of Brown’s contract was signed during a tumultuous time for the city. Former mayor Ed Rieker had resigned in 2014 following a controversy over the city’s annexation plans. The interim mayor at the time was Mayor Pro Tem Terry Giager. He signed the contract amendment on Feb. 23, 2015, a few weeks before Jonathan Elmore, the current mayor, was elected.

It’s unclear whether the contract amendment was voted on at the City Commission’s Feb. 23, 2015 meeting, however. The city produced minutes from that meeting when asked to document whether it had been voted on by the City Commission. The city clerk sent the minutes via email and said, “That’s the closest thing I could find.”

There’s an item on that agenda titled, “Annual Evaluation of City Manager Employment Agreement.” There is no supporting documentation in the agenda packet for that meeting detailing what the agreement is about. The meeting minutes aren’t much help, containing only a short summary of Giager’s remarks during the meeting.

An audio recording of the meeting is available on the city’s website. During the meeting, Giager said the commission was approving a contract renewal for Brown. The amendment to Brown’s contract is not mentioned. To listen to the recording, click here. The relevant portion starts about 27 minutes into the meeting.

“We’re very fortunate that we’ve arrived at agreement with our city manager Clai Brown to give us another year, and he’s very excited to do that, and as a board we’re very excited for the superb job he does, and as residents we’re very excited as to how the city operates and is working, so we’re happy to announce we have an agreement before us and we’re going to vote on it,” Giager said at the meeting.

The agenda item was approved unanimously by the three commissioners present at the time: Giager, Randy Beebe and John Quinn. Then-commissioner Lindsay Forlines was absent at that meeting. Beebe and Forlines did not seek reelection. Giager and Quinn were voted out of office. Messages left with these commissioners have not been returned.

City attorney Bob Wilson signed the contract amendment. When Brown announced his decision to stay on as city manager, he said Wilson told him the commission would not honor the agreement. It’s unclear what the legal basis for the current commission’s refusal was. Wilson declined to comment.

Hans Utz, a former Deputy Chief Operating Officer for the City of Atlanta who has also written columns for Decaturish, said that city officials need to be more transparent about what occurred.

“From what the public knows to date, it is extremely difficult to envision a benign set of circumstances behind Mr. Brown’s sweetheart severance package, resignation, contract rescission, and resignation retraction,” Utz said. “I sincerely hope Avondale Estates clarifies this incident, otherwise the voters should have extensive concerns about the ethics of those involved.”

John Wonderlich, who is executive director Sunlight Foundation, a non-partisan group that advocates for government transparency, said the circumstances behind the amendment of Brown’s contract need further explanation.

“It seems evasive, to say the least, for such a significant amendment to the contract to be passed without any description, especially when it’s such a significant amount of money,” Wonderlich said. “It raises all kinds of red flags about what was really going on. Was this a settlement in disguise or some other kind of transaction? It creates the appearance of it not being a regular performance evaluation payment.”