Planning Commission holds off on changes to Scottdale overlay

Planning Commission holds off on changes to Scottdale overlay 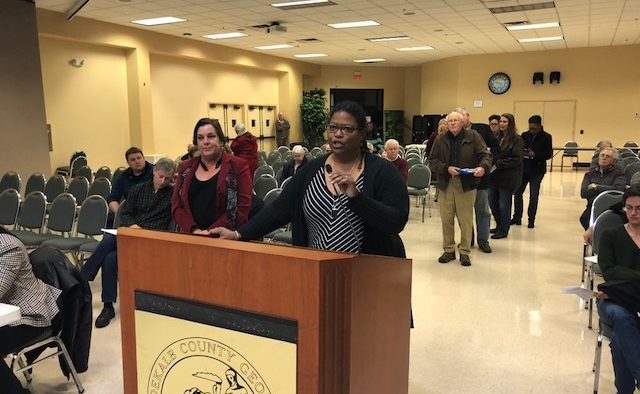 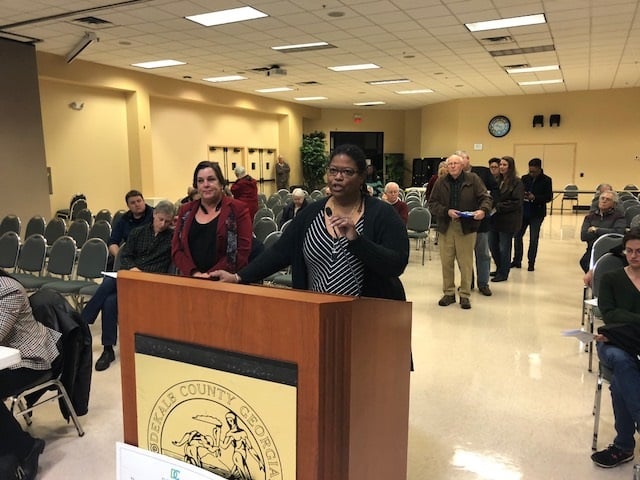 Neighbors in Avondale Estates area showed up at the Jan. 9 Dekalb County Planning Commission meeting to fight for zoning changes associated with the Scottdale Overlay.

Scottdale is an unincorporated part of DeKalb County that was once a mill town. The properties on North Clarendon Avenue at East Ponce de Leon and Rockbridge Rd are mixed use. In fact, there is still an old steel mill on North Clarendon today along with churches, businesses and homes.

Dekalb County proposed an amendment to this Scottdale Overlay that would change single-family homes currently zoned in Tier 1, which is Commercial/Multi-unit, to Tier 2 and 4 zoning, which is single-family detached homes.

Homeowners like Marcia Pearson complained that the county was ‘taking’ their property.

“I invested in my home based on Tier 1 zoning. They can’t just downgrade my property just because,” she said.

Leroy Gipson who has four properties on N. Clarendon said he spent 10 years under water and “now when I can benefit from property values going up, they want to limit what I can build.”

In 2008, Dekalb County had changed the zoning of the Scottdale area to promote business growth. But property owner James Gelin argued that over the past 10 years there has been significant residential growth, single family detached homes, not business growth in the area.

“I do not want to see an apartment building across from my house,” Gelin said. He presented a petition signed by neighbors in the affected area that supported single-family detached home zoning (Tier 2 & 4).

“The trend is going residential,” he said. “I happen to support this amendment very strongly.”

“What is the rush,” Battle stated. “There needs to be more vetting with the entire community.”

Minich said she did not feel adequately informed about the proposed zoning changes to her property. Jon West from the Planning Commission agreed, saying that we needed “a more serious broad scale discussion.”

There are no building permits filed for construction yet, but James Gelin said he wanted to prevent the added density, which is why he supports the zoning change.

Bill Crane, another property owner, explained that he wanted to keep the quaintness of the area.

“We are talking about 29 single family detached homes,” he said.

“My dream is retail with two or three story condos,” she said.

She owns the majority of home properties in the Wells Triangle, an area off Wells Rd between Laredo Dr. and N. Clarendon Ave.

Here’s a map of the overlay district: