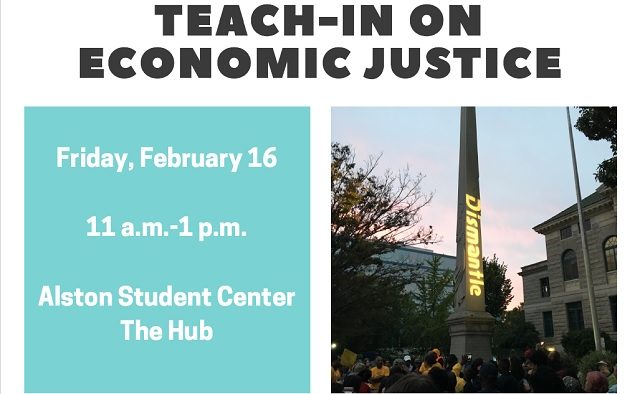 The Agnes Scott Living Wage Campaign calls all people and organizations to participate in the Economic Justice Teach-In on Feb. 16.

Their Living Wage Campaign is one that “builds on the historic struggle and achievements of our facilities staff.”

According to a press release, the campaign expresses three goals:

The Teach-In is designed to serve as a uniting force in moving forward with ideas about how to fix injustice in the workplace.

The event will include guest speakers from several organizations in metro Atlanta, such as Jobs with Justice, Atlanta 9-5, the Teamsters, and Columbia Theological Seminary, among others.

In addition, starting at 11 a.m., Living Wage will broadcast one-minute videos of locals showing their support for a living wage. If you would like to make a video showing your support, email it to [email protected]

This event is endorsed by Hate Free Decatur, and will be held in the Hub of the Alston Student Center at Agnes Scott. Parking is available in the visitor spaces of the parking deck on S. McDonough Street.