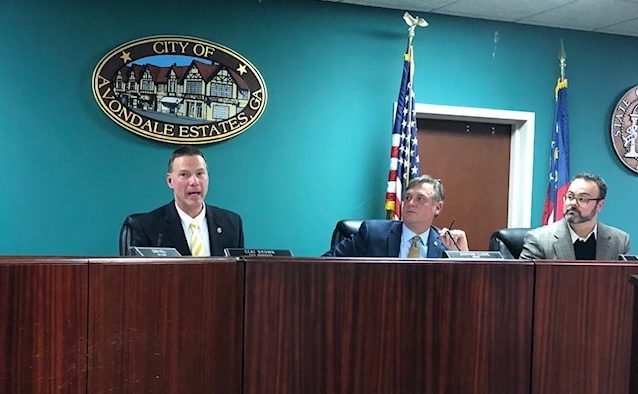 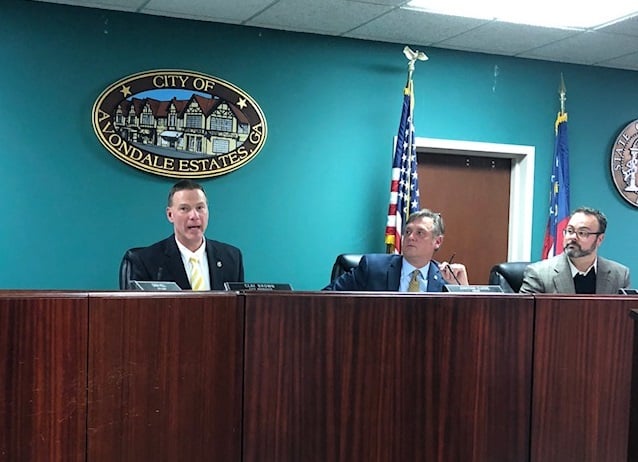 The Avondale City Commission will meet on Valentine’s Day and has plans to formally break up with City Manager Clai Brown.

During a special called meeting on Feb. 14, Commissioners plan to vote on a separation agreement with Clai Brown and an agreement to appoint an interim City Manager. There will also be an agreement to keep Brown on board in a consulting role during the transition.

Brown did not respond to a message seeking comment.

Mayor Jonathan Elmore agreed to discuss terms of the agreement after they were published on the city’s website ahead of tomorrow’s meeting. The meeting begins at 5:30 p.m. and will be open to the public. The meeting will be held at located at 21 North Avondale Plaza (North Avondale Road on Google maps).

Under the terms of the agreement, Brown’s resignation is effective Feb. 28, but he will vacate his office at 5 p.m. on Feb. 14. The agreement says Brown will not act as city manager during this time and will not report to city hall for work. He will be on administrative leave between Feb. 15 and Feb. 28, according to the separation agreement. Brown will receive an approximately $45,000 severance payment. Elmore said Brown will also receive approximately $32,000 in accrued leave. That’s far less than the more than $300,000 in severance and sick leave he was asking the city to pay him.

The city is also agreeing to pay his health insurance through Dec. 31, 2018. Following his departure, Brown will become a consultant for the city until June 30. He will be paid $6,500 a month for this work, the city says, resulting in an additional pay out of $26,000.

“He will be a consultant to the city to help with the transition,” Elmore said.

In exchange, Brown has agreed not to sue the city, according to the severance agreement. To see a copy of the agreement, click here.

Mayor Elmore said the city will have enough money in its budget to pay Brown what he is owed under the terms of the agreement being considered on Feb. 14.

“It’s been a tough couple of months,” Elmore said. “It’s a settlement. We’ve all agreed to it. Moving on.”

The agreement brings an end to a controversy that’s been going on for two months.

In December, Brown announced his intention to resign effective Feb. 16 of this year, only to rescind that resignation a month later after the city commission refused to pay him a severance that amounted to more than $300,000 (it was exactly $317,408.17, according to the Atlanta Journal Constitution). The severance would’ve been a year’s salary – Brown makes about $180,000 per year – plus accrued vacation and sick leave.

A severance for resigning is unheard of in the public sector. How Brown got that added to his contract in 2015 was one of several issues facing city commissioners as they considered whether to renew his contract this month. None of the current city commissioners were serving on the board when Brown was hired in 2008. They also weren’t present when the contract was amended to include the severance. A Decaturish investigation also revealed that Brown’s salary is above and beyond what most cities of a similar size pay their managers.

Brown started as city manager in 2008. His background was in the private sector. He worked for Home Depot from 1979 to 2002, starting as a car loader at age 15 and working his way up to District Manager. He worked as a general manager at Best Buy in 2004 and worked as VP for Systematic Sales & Service, Inc., from 2005 to 2006. He is the son of Dewey Brown, who was Avondale’s city manager and police chief for Avondale Estates for 46 years.