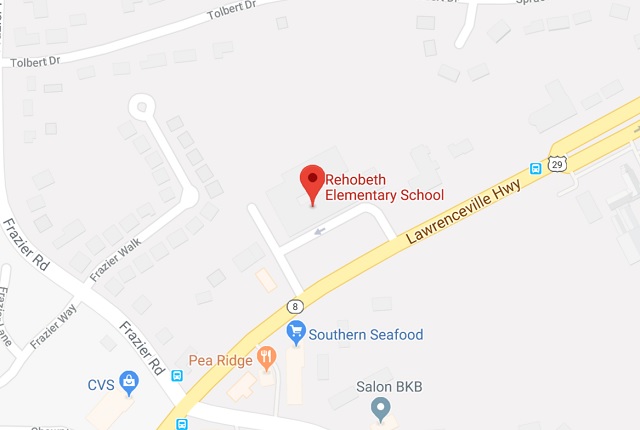 The former elementary school is known today as the William Bradley Bryant Center.

The body was discovered by a man walking his dogs who was taking a shortcut through the woods in the park. The man found the body lying face down next to a dead tree.

According to the Police Report, the deceased person is an adult black male. A spokesperson for the Police Department said the man is believed to be homeless.

“Investigators do not believe foul play was involved at the moment,” the spokesperson for the DeKalb Police Department said. “The male body was found in the wood line near 2652 Lawrenceville Highway between that location and Tolbert Road, Rehoboth Park. There were no signs of injury and there was no identification on the male’s person. The medical examiner has the body and will be conducting an autopsy to determine cause of death.”

According to the Police Report, “the male was wearing a jacket with the hood over his head and a grey skirt without underwear. The jacket had heavy dirt all over. At that time, I could not observe any signs of trauma or foul play to the body.”

Correction: An earlier version of this story misspelled the name of the school. This story has been updated with the correct information.