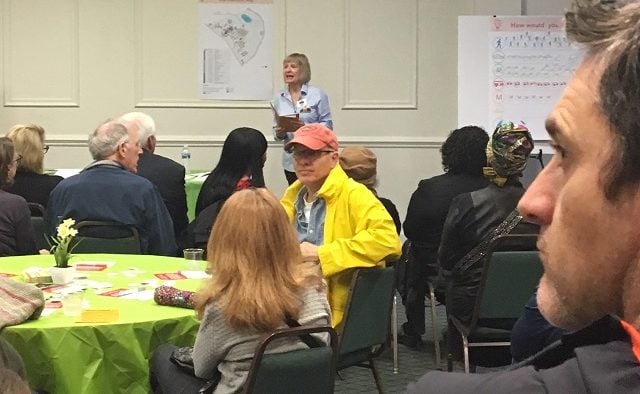 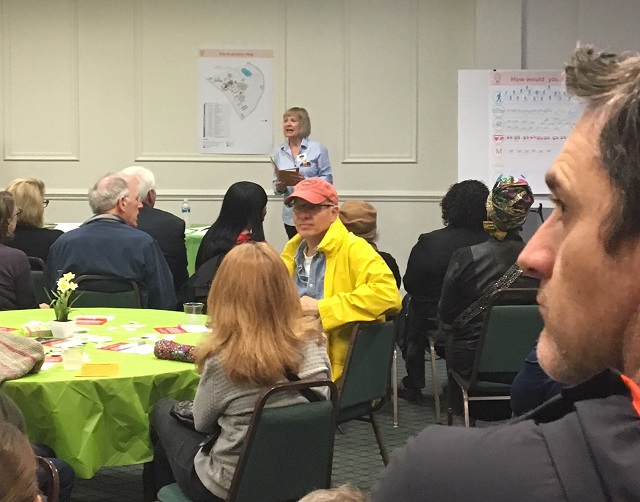 A community workshop was held at the old United Methodist Children’s Home Sunday afternoon, Feb. 11, to begin investigating what the City of Decatur will do with the property.

The planning process is being touted as an all-inclusive community project. The first part is being called the “Investigate phase.”

The city purchased the 77-acre Methodist property last year for a reported $40 million.

During Sunday’s event, held throughout the campus, visual aids and interactive “leave an idea” posters were set up to solicit input from the community about potential uses for the property. Additionally, exhibits were set up asking for ideas for outdoor uses and plans, such as cross-country courses, bike routes, and tennis courts.

“I wanted to be here on the ground floor. This is a community effort,” said Jennifer Walcott, a Decatur resident. “I want to see what Decatur as a whole wants. But of course you would also like to if some of your personal likes will make it in.”

Walcott and other residents mentioned building and ground usages such as homeless shelters and soup kitchens, saunas, a Decatur museum in the old chaplain’s house, and community gathering spaces for yoga, art classes and the like.

Decatur Mayor Patti Garrett was on hand and spoke to the gathered residents.

“This phase revolves around gathering community data,” she said. “We want to to understand the existing conditions, unseen restraints and opportunities to succeed.”

The next phase, Illuminate, will focus “the issues and wishes of the community and also become aware of the emotions, feelings and anxieties about this process.”

You can view the ideas, current status of the property, and the entire process the city will be using at www.decaturnext.com.

Here are some of the visual aids and posters on display during Sunday’s workshop. 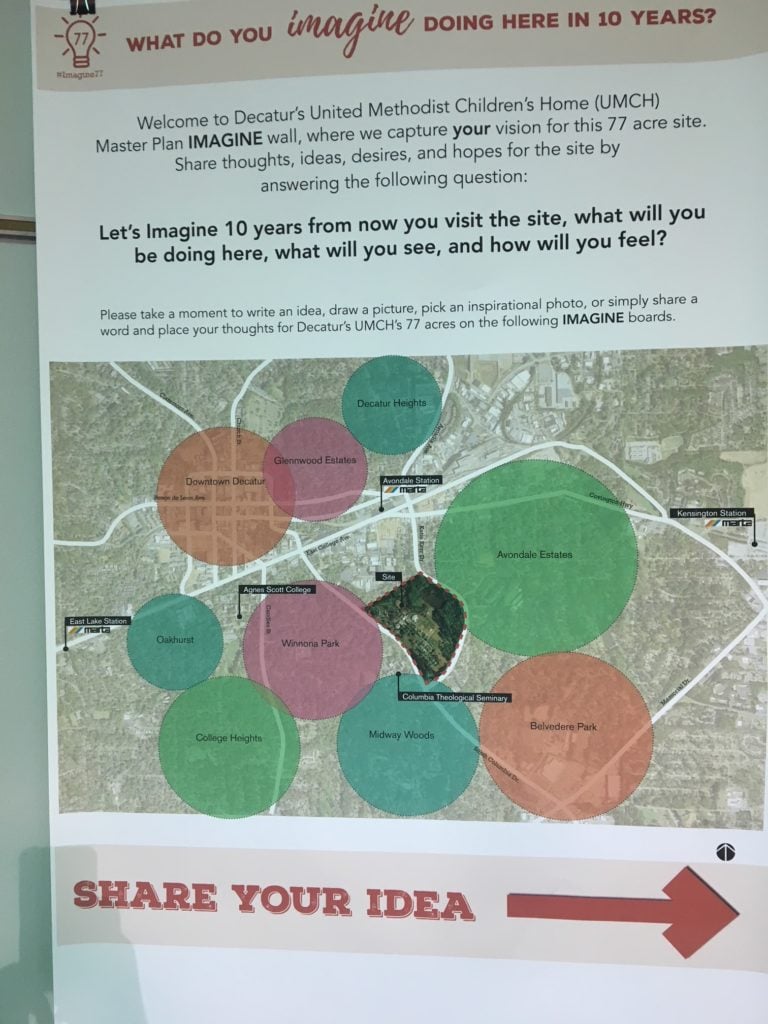 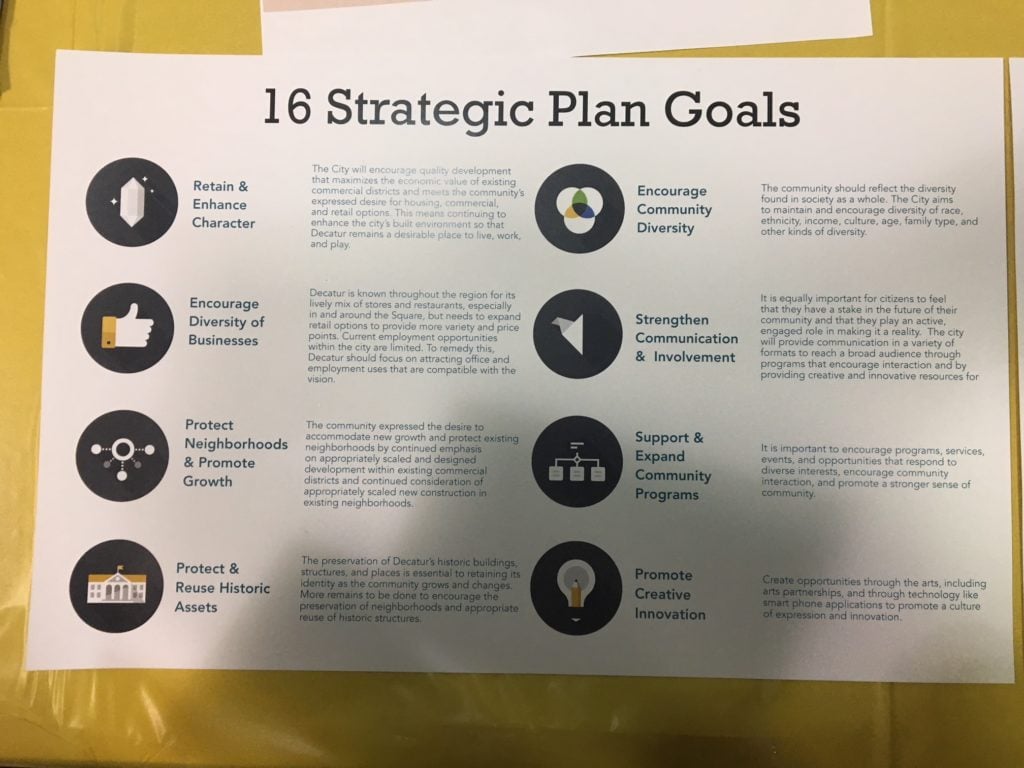 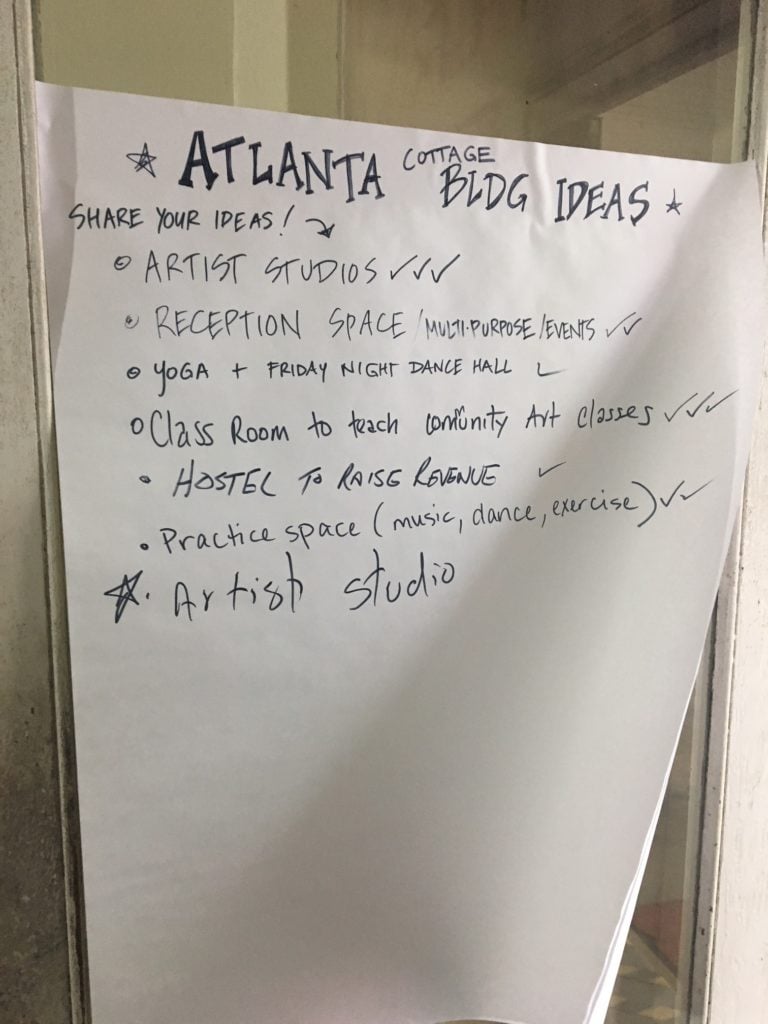