Meet Virginia, a Kroger employee with a country music past

Meet Virginia, a Kroger employee with a country music past 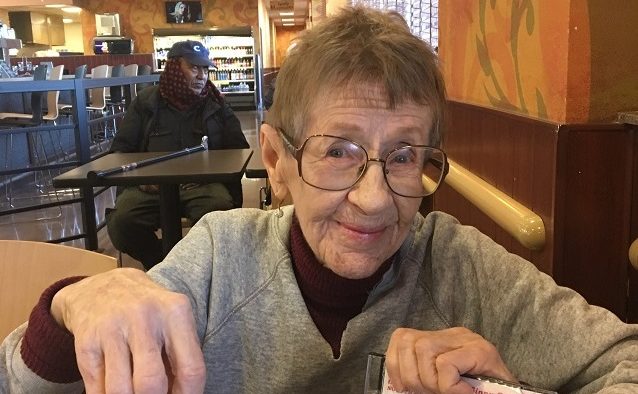 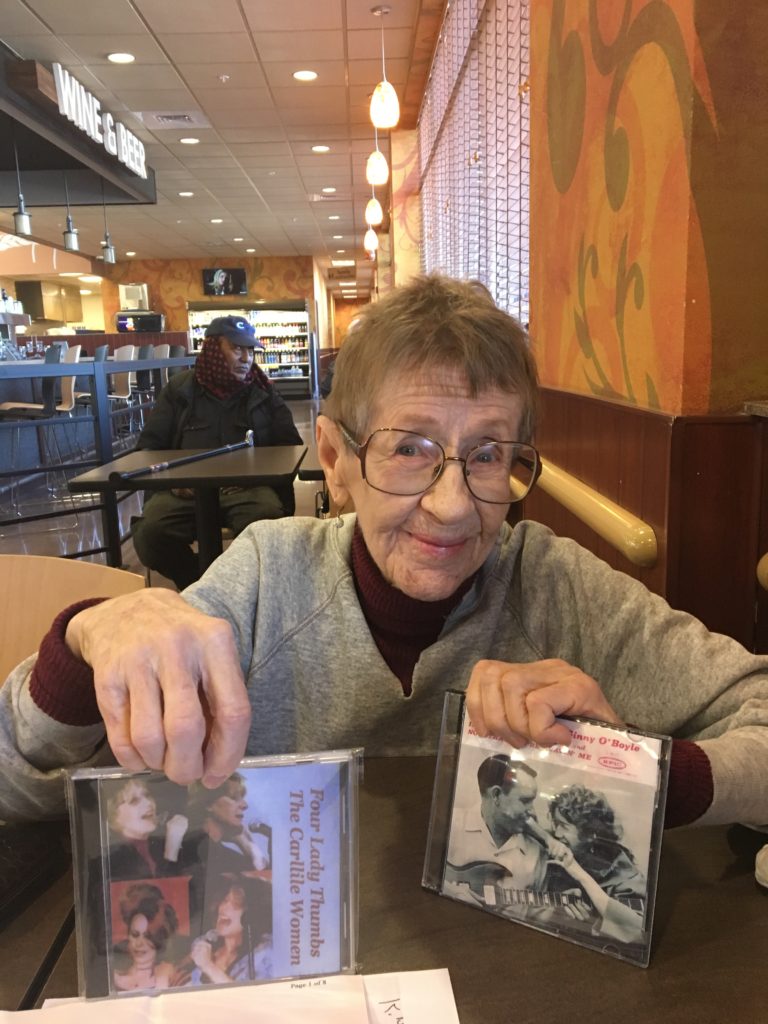 Sitting in the Starbucks at “Big” Kroger on North Decatur Road, Country singer/songwriter Virginia Carllile holds up a CD single of one of her most famous songs, as well as a CD compilation featuring various members of her famous family. She works at the help desk of the grocery store. Photo by Gabriel Owens

She’s energetic, unflappably friendly, with a sharp mind that defies her 86 years of age.

The store, known locally as the “Big Kroger,” is a regular stop for groceries, gas and even a cup of coffee for many Decatur residents. Even in this large setting, Virginia stands out.

“I always go out of my way to say ‘hi’ to Virginia when I see her working,” said Joanna Kingsley, a Decatur resident. “She’s just a gem. She always remembers me and my son and asks if everything’s going OK with us.”

But while she’s a popular face at the Kroger store where she’s worked for the last four years, few know about her country music past.

Her fellow workers have heard her stories many times. She’s a part of a near-forgotten legacy of the Carllile family, including most famously her husband Kenneth “Thumbs” Carllile, a country music performer from 1948 till his death in 1987. His name was also spelled Carlyle and Virginia’s stage name was Ginny O’Boyle, a variation on her maiden name of Boyle.

“He didn’t like the name ‘Thumbs’ at first,” Carllile said of her late husband. “But it fitted his style of play. Eventually he accepted it and learned to appreciate it. I never called him anything else.”

Virginia and her future husband grew up separately but led parallel lives in the 1930s and 40s. They were both living in the country, Thumbs in St. Louis and Virginia in Wyoming. He was poor. She was well off. Both would learn unusual styles of playing guitar growing up.

“When he was young, his older sister had a dobro, which played like a Hawaiian guitar,” Virginia said. “[It was] played with a bar, and she wouldn’t let him play it. One day he kicked in her door while she was gone and took it, only to find out she had hidden the bar.”

A bar is used on dobros and similar instruments (like steel guitars) to hold down notes. Thumbs learned to hold down the notes using his thumbs, an unusual and certainly unique technique for its time, Virginia said. He would eventually switch to a standard guitar but would continue to play it in his unique style.

She said her husband never learned to play it standard, and tuned it to an E flat major, a very unusual and non-standard guitar tuning, which gave him a unique sound and complemented his technique, according to Virginia.

Virginia would also learn a unique way of playing guitar while growing up in Gillette, Wyo.

“I met a blues player who tuned my regular guitar to a steel guitar tuning, an E major,” she said.

Virginia would then learn play her standard guitar, with her thumbs, on her lap like a steel guitar.

“I never learned to play guitar in the standard method,” she said.

Booted from high school before graduation for refusing to shave in 1947, Thumbs would eventually join Little Jimmy Dickens Country Boys group after impressing Jimmy with his ability to mimic his twin guitar line on his Silvertone.

During this time, Thumbs would even play with the Dickens group at the Grand Ole Opry. Dickens would also be the one to coin the nickname Thumbs.

The military draft eventually caught up with him in 1952, when he was conscripted into the Army. Around the same time, Virginia herself enlisted in the Air Force. The two would find themselves in the military music specialty services in Stuttgart, Germany, where they met.

“They trained me to be a secretary [originally], but I wasn’t very good at it,” Virginia said.

Along with her ability to write and play music, Thumbs was impressed with Virginia’s unique playing style, telling his friend the night he met Virginia, “That’s the girl I’m gonna marry.” He kept that promise, after looking her up stateside after both had left the service. They married in 1955.

The duo made music together St. Louis area until they were discovered by Les Paul in 1961. Impressed by both Thumbs’ talent and Virginia’s singer/player/songwriting abilities, he would bring them to his home in New Jersey to record material, where they lived for nine months.

The guitar legend Paul was a bit stingy with money, but Virginia doesn’t hold it against him.

“We weren’t business people at all,” she said. “We used [Paul’s] lawyer for our contract with him! We just didn’t know any better. In the end it all worked out okay, and we owed him a lot.”

Perhaps one of Virginia’s most famous work would come out under the Paul tutelage. Working under the stage name Ginny O’Boyle, she would write and perform a duet with her husband, “Indian Girl, Indian Boy,” released in 1961. Another tune from that time was called, “Now that You’re Leavin’ Me.”

The two would find minor fame and next to no fortune over the next few decades, traveling with different acts and as solo artists working as blue-collar musicians on the road.

They would join with Roger Miller’s act and stayed with him until 1972. This led to five “Tonight Show” appearances for Thumbs and one for Virginia.

Thumbs first appearance solo on The Tonight Show was difficult, as Thumbs, suffering from gum disease, had lost a front tooth.

“He said he couldn’t go on [looking like that],” Virginia said. So, the two fashioned a fake tooth out of a whittled-down clothespin that Virginia dipped in white wax. “He was offered to go have coffee with [a member of the] ‘Tonight Show’ band but had to turn it down and couldn’t tell them why! It was of course the fear that the coffee would melt the wax.”

These are but a few of Virginia Carllile’s stories. The couple’s legacy lives on.

Their two daughters Kathy and Tammy Carllile are also musicians with some notoriety in the country music business, as well her two grandsons, Joseph Carllile and Daniel Guidry, both aspiring musicians, and a granddaughter, Calli McGregor Southern.

“The most talented singer of all of us,” Virginia said of her granddaughter.

Throughout the years, the two produced many albums and songs. Thumbs died in 1987 of a heart attack, and Virginia has carried on since, supporting herself in various ways, eventually ending up at “Big” Kroger.

“I’ve worked here four years and I’m very happy with how Kroger takes care of its elderly workers. No age discrimination here,” she said. Despite her outgoing positive nature, she seems embarrassed by the attention she gets, both from those that recognize her for her past accomplishments and those that praise her current work at the help counter.

“Don’t make an old woman blush,” she told one customer who came to take a picture of her being interviewed.

But, she is not shy. A lifetime under spot lights will take that out of you.

Correction: An earlier version of this story contained incorrect information about Virginia’s economic status growing up, her playing method, the amount of time she has worked at Kroger and the identity of the person who took her picture. This story has been updated with the correct information.