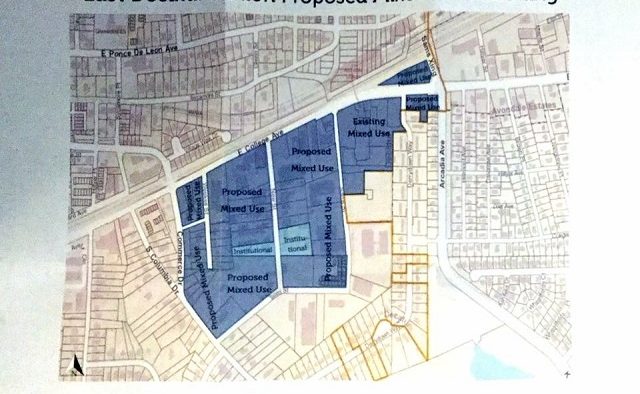 The city of Decatur is considering rezoning the East Decatur Station property near the Avondale MARTA station to allow for more mixed-use development in the area.

City officials are holding a public information meeting about the proposed rezoning on March 14. The meeting begins at  4 p.m. and ends at 6 p.m. It will be held in the community room of the Decatur Public Works building, located at 2635 Talley Street.

Residents in the area have received the following letter about the meeting: 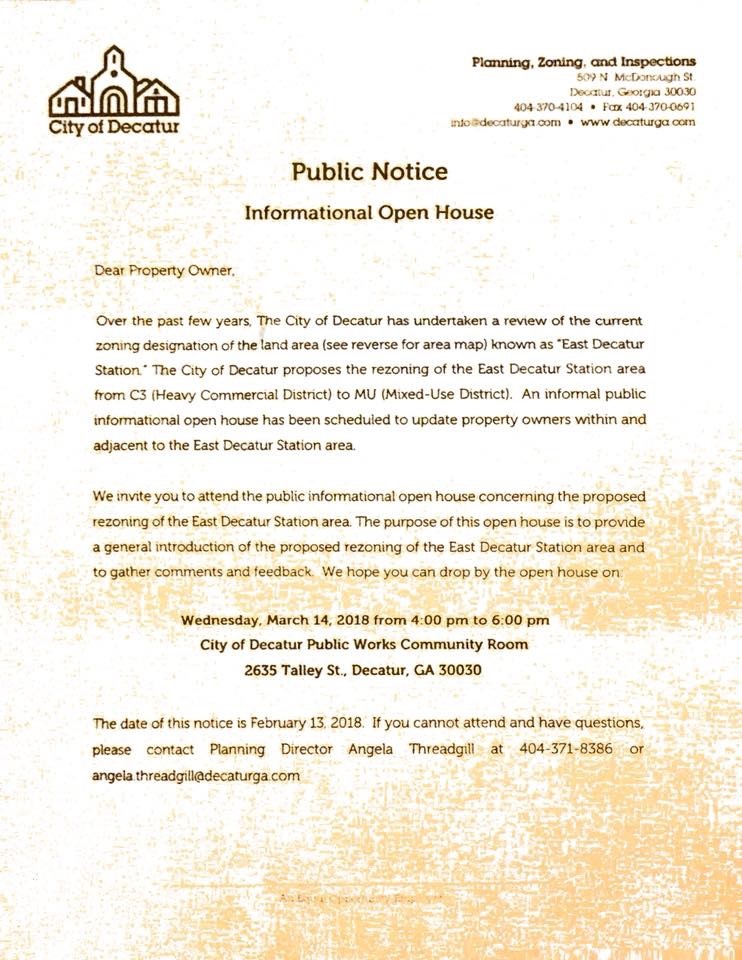 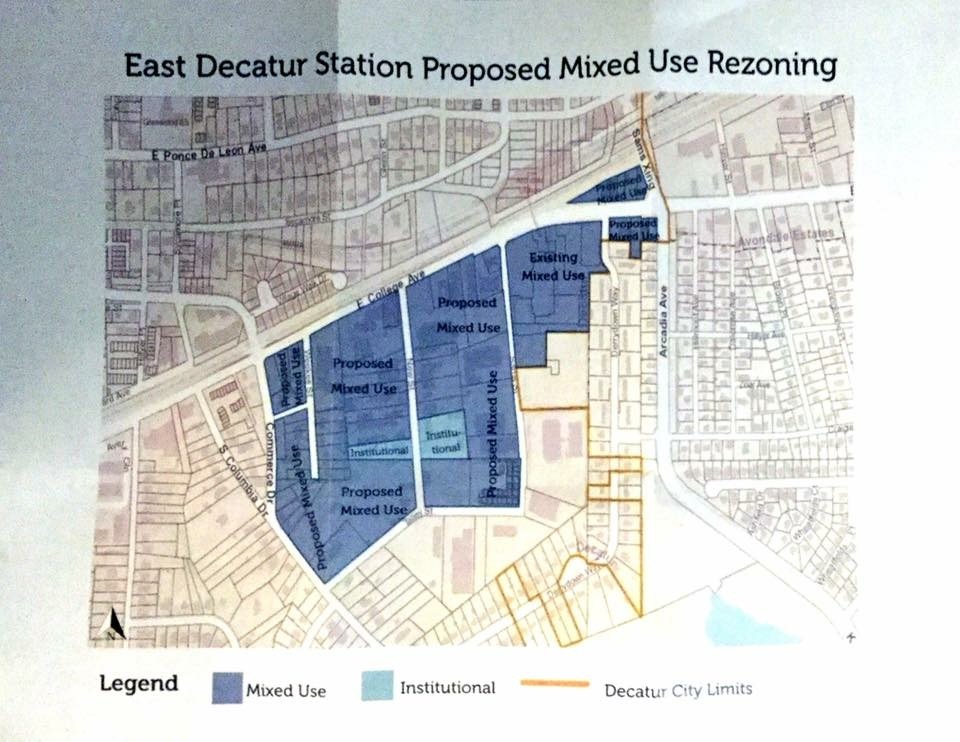 A map of the area under discussion.

City Planning Director Angela Threadgill said the notice went out to all property owners that would be affected.

“The potential rezoning is based on community-led planning efforts beginning with the 2003 Avondale MARTA Station Livable Centers Initiative Plan, followed by the 2010 Decatur Strategic Plan, and the city’s 2011 Livable Centers Initiative Plan Update,” she said. “A rezoning would be the first step to implementing the recommendations of the adopted plans that reinforce mixed-use, transit-oriented development surrounding the Avondale MARTA Station.”

A mixed use development at the Avondale MARTA station is currently under construction. It will provide 92 senior affordable units and 288 market rate units.