Sewage spill overflows into lake near Milam Park in Clarkston

Sewage spill overflows into lake near Milam Park in Clarkston 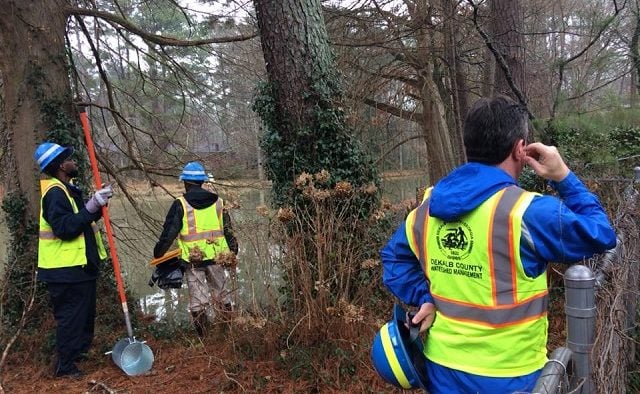 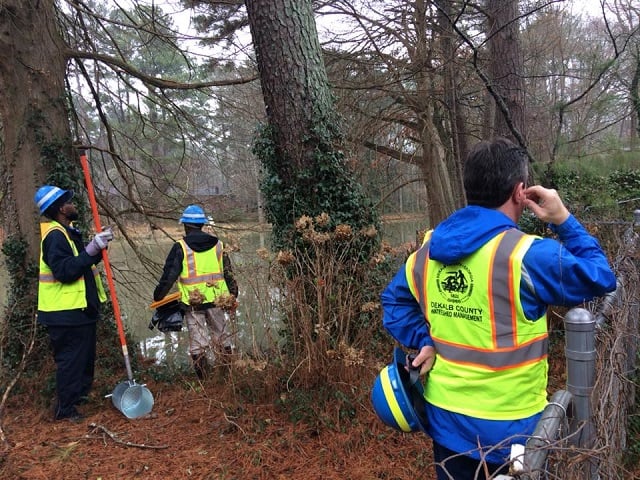 DeKalb County Watershed Management crews and the state Environmental Protection Division are responding to a sewage spill in Clarkston that has overflowed into a local lake.

The lake is adjacent to Milam Park in Clarkston. According to an email sent by Clarkston City Manager Keith Barker, the spill volume was estimated at 5,270 gallons which resulted in a fish kill. Clarkston Public Works staff are putting up “No Fishing” signs at the lake.

The spill killed more than 1,000 fish according Marzieh Shahbazaz, a manager at EPD.

She said the spill occurred on Sunday in a manhole along Cleavemark Drive.

“An 8 inch pipe was blocked by grease and so it overflowed,” Shahbazaz said.

The priority now, she said, is to stop the flow of sewage from the upper lake near the park into the lower lake.

“It is not practical to recover all of the spilled sewage from a stream, but it will be monitored for one year as the spill dissipates,” Shahbazaz said. “Georgia EPD considers fish kill events serious violations, so enforcement action will be taken once the investigation is complete.”

According to a report provided by the county, the main was pressure washed to remove the grease blockage. The county says it’s an important reminder not to pour fats, oils and grease down sink drains. That causes 60 percent of sanitary sewer overflows in the county.

Tracy Bishop lives near the lake and said sewage spills are not uncommon for the area. But judging by the response, this one looks particularly bad, he said.

“It’s much more severe,” he said. “We’ve never seen so many people out here.”