The White Bull to open in Decatur in early March

The White Bull to open in Decatur in early March 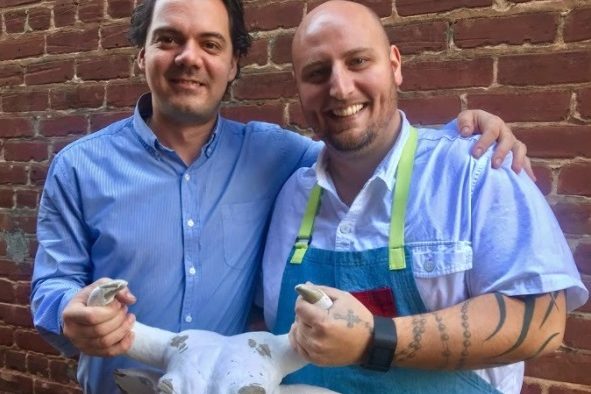 Chef Pat Pascarella will lead the kitchen and his business partner Gabriele Besozzi. Photo provided by the White Bull.
Share 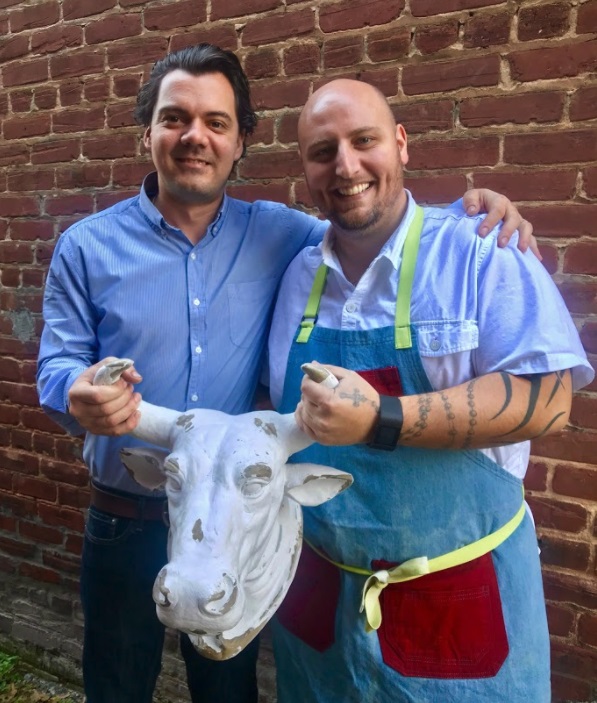 Chef Pat Pascarella and his business partner Gabriele Besozzi plan to open The White Bull restaurant in the Decatur Square in early March.

The restaurant will take over the space formally occupied by Truman Tavern, which closed last year. Before that, the space was occupied by Colbeh Persian Kitchen & Bar.

According to a press release, the restaurant will serve dinner seven days per week and “will showcase a thoughtful menu of creative, seasonal fare exclusively from Georgia ingredients.”

Pascarella most recently served as executive chef of The Optimist in Atlanta and previously owned an Italian restaurant called Bar Sugo in Norwalk, Conn.

“In 2016, The New York Times awarded Bar Sugo with a much sought-after rating of ‘Very Good,’ calling the restaurant ‘serious about food that is both fresh and innovative.’ Prior, [Pascarella] cooked in Manhattan at restaurants including Eric Ripert’s Michelin-starred Le Bernardin,” the press release says.

Besozzi was born in Italy and will serve as the restaurant’s general manager.

“His restaurant experience includes time working in London, New York, Miami, Atlanta, and all over Italy, including at famed Cantina Bentivoglio in Bologna,” the press release says.

The Sous Chef will be Pat Siciliano, who will also be a partner. He has 12 years of experience in the restaurant business.

“Cousin to Pat Pascarella, he gained expertise in pizza and pasta-making at Bar Sugo and later served as Executive Chef,” the press release says. “He formerly worked at Bella Luna and Saltwater Grille in Stamford, Conn., and Cortina Pizzeria in Norwalk, Conn.”

The restaurant’s name is a reference to Ernest Hemingway who called a blank page “the white bull.”

“Ingredients will be sourced entirely from Georgia farmers and purveyors, including Finch Creek Farm, Riverview Farms, Aluma Farm, Stone Mountain Cattle Co., Levity Farm, and more,” the press release says. “Guests can expect around 15 seasonal and ever-changing dishes, including pastas made with flour milled at the restaurant and vegetable-forward plates.”

Here are the hours. The restaurant also plans to serve brunch at some point, but the date has not been announced.