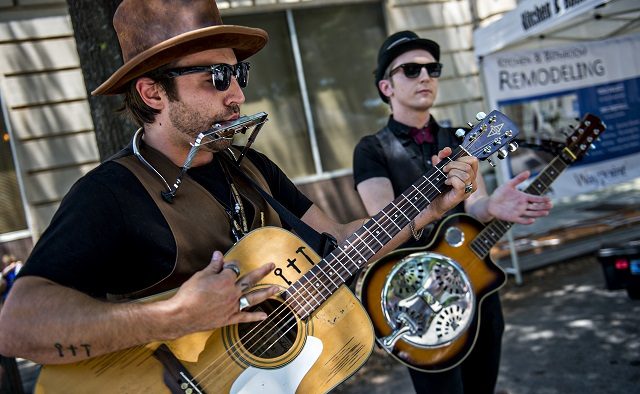 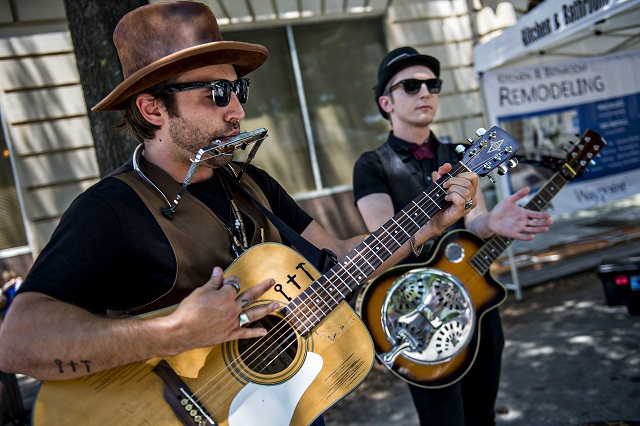 Update: Both items were approved at the City Commission’s March 5 meeting. Here is our original story …

Under a proposal being considered by the Decatur City Commission, the city could start issuing permits to street musicians, known as buskers.

The City Commission meets March 5 at City Hall, located at 509 North McDonough Street in Decatur. The meeting starts at 7:30 p.m. All meetings are open to the public.

The Decatur Downtown Development Authority and the Decatur Arts Alliance came up with the idea for the city’s “buskers program.” The Arts Alliance will manage the program. Street performers will have to register every month and will be restricted to performing in designated public areas in downtown Decatur and the Oakhurst business district.

“All street performers and emerging artists will complete an application The Decatur Arts Alliance will distribute and manage the application process,” a memo attached to the March 5 meeting agenda says. “Approved performers and artists will receive a permit that is valid for one month and a photo ID badge identifying them as an official street performer. Permits will be renewable on the first of each month and a new photo will be taken every year.”

The price of the permit was not listed in the memo.

Under the new program, busking will not be allowed at ticketed and fenced events in the city. Legally designated performance areas are the lawn of the old courthouse, the MARTA plaza downtown, the West Ponce de Leon Avenue commercial district – excluding the fronts of residential buildings – and Harmony Park.

The new rules will also specify that buskers can collect tips but can’t directly solicit them. They also have to be a minimum of 20 feet away from another performer and 10 feet away from building entrances and exits. They will be required to keep their performance space clear of trash and can’t block sidewalks. They will also have to adhere to the city’s noise ordinance. No amplifiers will be allowed.

During the meeting, the commissioners will also consider leases for the Children’s Home property.

The city is currently in the midst of a planning process to discuss potential uses for the 77 acre property. The city purchased the property last year for $40 million.

“We are currently working with the community to develop a vision and long-term plan for the UMCH campus,” the memo attached to the meeting agenda says. “However, the existing Administration Building offers an opportunity to provide much-needed office space for the City’s Children and Youth Services Division. They will occupy the ground floor of the UMCH Administration Building.

“The second floor of the Administration building offers an opportunity for small, non-profit organizations located in the City of Decatur to share the space and lease small offices for an affordable rate. This use would encourage collaboration between these groups and be compatible with the Children and Youth Services operation on the first floor. The Global Growers Network and the Decatur Book Festival have requested office space on the second floor.”

If the leases are approved, Global Growers would pay $725 a month for six offices and the Book Festival will pay $395 per month for three offices. The length of both lease agreements is 10 months.