Fence goes up around Thankful Baptist parking during rezoning dispute

Fence goes up around Thankful Baptist parking during rezoning dispute 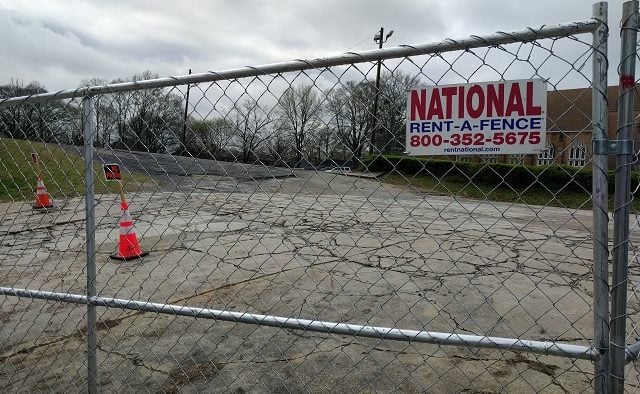 A fence has gone up around the gravel parking lot next to Thankful Missionary Baptist Church. A church representative said it is unrelated to a dispute about rezoning the property. Photo by Dan Whisenhunt
Share 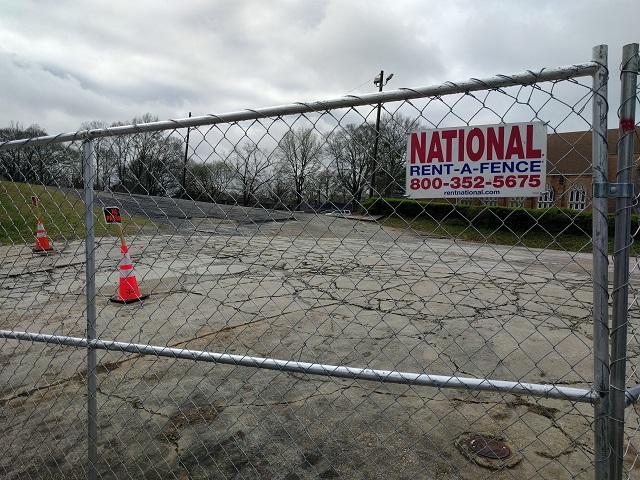 A fence has gone up around the gravel parking lot next to Thankful Missionary Baptist Church. A church representative said it is unrelated to a dispute about rezoning the property. Photo by Dan Whisenhunt

A proposed redevelopment of a portion of property owned by Thankful Missionary Baptist Church is still in the works, but has been stalled by the Decatur Planning Commission.

As the debate over zoning for the property has continued, the historic black church has put up a fence around its parking lot, which in the past has been used by the community. A representative of the church said the fence and the Planning Commission’s decision to delay the zoning request are unrelated.

The church plans to use proceeds from the sale to fund much needed improvements to the space it has occupied since 1971. The congregation is considerably older, founded in 1882, making it the oldest African American Baptist church in Decatur and the second oldest in DeKalb County. The church moved to West College when the church’s location on Atlanta Avenue was destroyed by fire. There are about 250 active members now. The gravel parking lot that is up for sale was originally purchased to build a sanctuary, but the sanctuary is no longer needed.

The Planning Commission tabled the church’s rezoning application on Feb. 13. The application envisions a developer building town homes on the property that include live-work units and commercial space. Weslee Knapp, a Realtor working with the church on the rezoning process, says the community is asking for less density in the proposed development.

“We started at 22 in the very first application,”Knapp said. “We’ve gone from 22 to 16 and the community wants less.”

“We are on a moving target as to what we’re presenting,” he said. “I don’t know what to sell.”

City Planning Director Angela Threadgill said that at the Feb. 13 meeting the Planning Commission, “Tabled the discussion until the applicant could provide additional plans related to the proposed town home development so they could make an informed recommendation to the City Commission.”

According to the minutes, “She stated there was a large group of the church membership that doesn’t want to sell the property and that there were other means to repair the church.”

Manrow said Williams left when other members of the church arrived to speak in support of the application.

“Right after she spoke, she skedaddled, because the other church folks present called the trustee board chair, who arrived late in the meeting,” Manrow said. She said the chair of the board of trustees for the church made it clear trustees do support the sale.

Attempts to reach Williams have been unsuccessful.

A fence recently went up around the parking lot of the property. The church in the past has allowed residents to park there for events and it has been used by parents of Oakhurst Elementary students.

E.R. Pattillo, a representative of the church, said the decision to put up a fence is not linked to the Planning Commission’s decision to table the zoning application.

“I know people think the timing has something to do with the development,” he said.

Pattillo said the erection of the fence was long overdue.

“To be honest with you, we should’ve had a fence up there several years ago,” he said. “We’re having so many movie companies starting to come back and spend time up there.”

“The church has communicated to her about that and told her that was not right, uncalled for and she has to come and address the pastor of the church before she can even come back to church and be a part of what we’ve got going on,” he said.

Not everyone is convinced the fence and zoning application are unrelated.

Erin Murphy, who lives on Mead Road, said neighbors suspect the church is taking it out on them for opposing the church’s zoning application.

“It does seem like a retaliatory action, but also a little misplaced because it doesn’t really affect the people who are in opposition to the zoning,” she said.

The meeting minutes show that one of the people who spoke in favor of the application, identified only as Ms. Rogers, told commissioners that the neighborhood has taken the church’s free parking for granted.

According to the minutes, “She stated the Church allows Oakhurst residents to park on their property and have never been thanked. She stated the free parking has been taken for granted and that neighbors are disrespectful of the property.”

Another member, identified as Deacon A.L. Rogers, “stated the church cannot continue to provide free parking at the expense of repairs to the church. He was concerned with the racial divide that was occurring between the church and the neighbors.”

Murphy said she doesn’t believe the entire congregation supports the sale of the property.

Pattillo said the church is not that petty.

“As far as development is concerned, we wouldn’t punish the school for that,” he said.

Minutes show the Planning Commission had several questions about the property. One thing that’s unusual about this project is a developer has not been identified. During the meeting, Threadgill said it was “unusual” for zoning applications to not have an identified builder or developer. Having a builder or developer present would help to answer the Planning Commission’s questions, she said.

Knapp, the Realtor helping the church, conceded that not having a developer identified is “a little bit atypical.” He said the church believes they can get a higher price for the property if the property is already zoned for commercial uses.