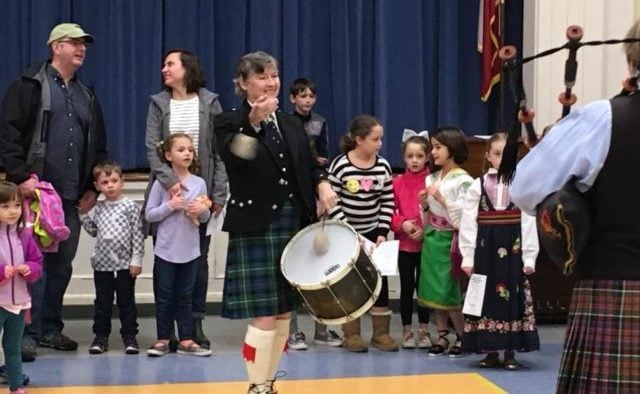 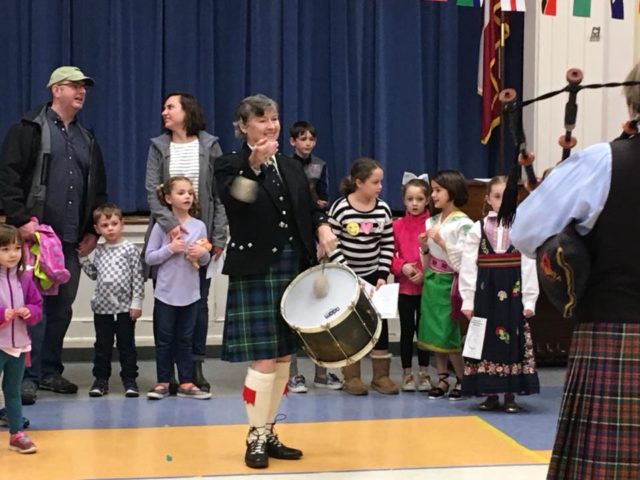 Glennwood Elementary announced that one of its most popular employees had passed away.

The school said that Fran Frantz, a paraprofessional, worked with the Kindergarten classes and a substitute throughout City Schools of Decatur.

“As an active member of the Decatur community, she led a life of service touching lives of hundreds of students,” the school said in an email to parents. “She made the world a better place, and we will miss her greatly.”

Frantz could often be seen playing the drums while her husband, Henry Frantz, played the bagpipes at events around Decatur.

“Her enthusiasm was my favorite part of Community Circle,” she said. “Ms Frantz had the best facial expressions and was so enthusiastic about whatever theme was happening or whoever was presenting.” 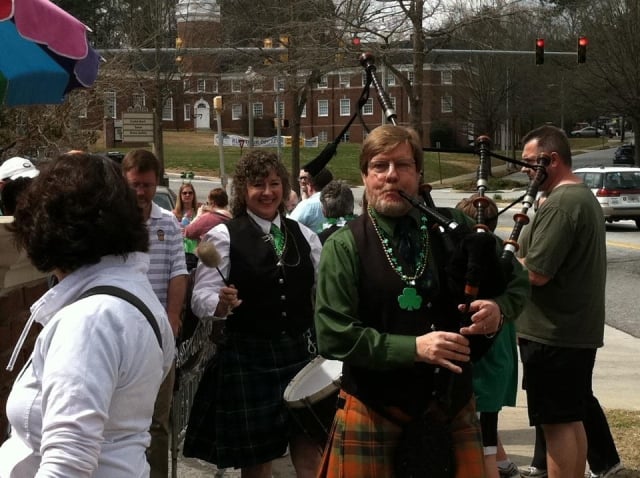 The bagpiper of Decatur – Henry Frantz performs at The Marlay for St. Patrick’s Day, along with his wife, Fran, on tenor drums. Photo courtesy of Michelle Stroud.