Tree damaged by county contractor is removed, but its condition is disputed

Tree damaged by county contractor is removed, but its condition is disputed 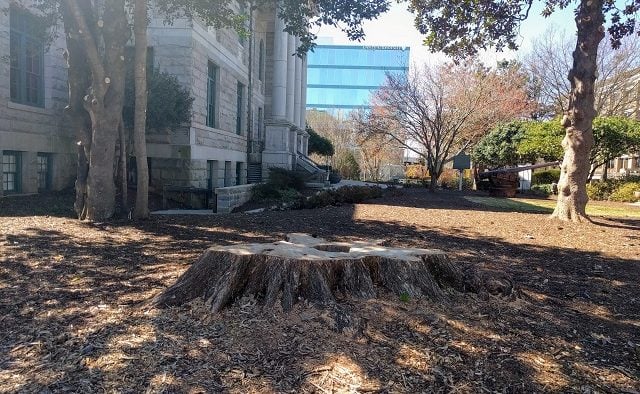 An elm tree by the old courthouse that was improperly "topped" has been removed. Photo by Dan Whisenhunt
Share 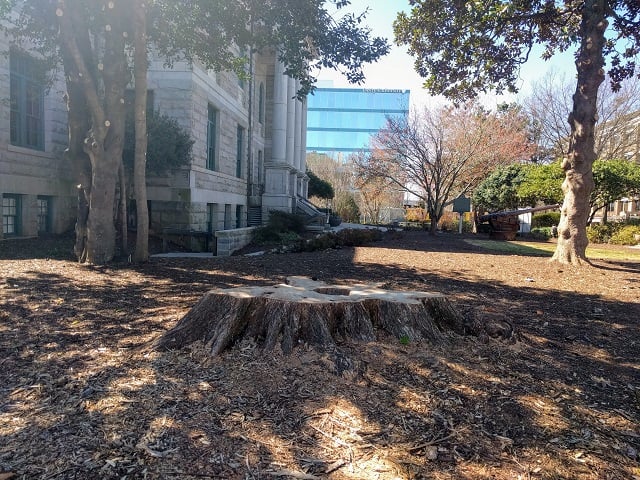 An elm tree by the old courthouse that was improperly “topped” has been removed. Photo by Dan Whisenhunt

An elm tree by the county courthouse was one of several trees damaged by a county contractor in December. The city says it had to be removed because the contractor damaged it. The contractor said the tree was dead and a safety hazard.

The tree was “topped,” according to City Arborist Kay Evanovich, meaning the contractor cut off all the smaller limbs while leaving giant stubs.

“All the energy storage is in those limbs,” she said. “It makes it very difficult for the tree to be able leaf back out.”

The work in December was performed by 3 Macks Lawn Service. The company’s owner, Dwayne Fisher, said the elm tree was dead and a safety hazard. He said there was a large hole on the inside of the tree, which can be seen on the stump left behind.

“That tree has been dead on the inside for a long time,” he said. 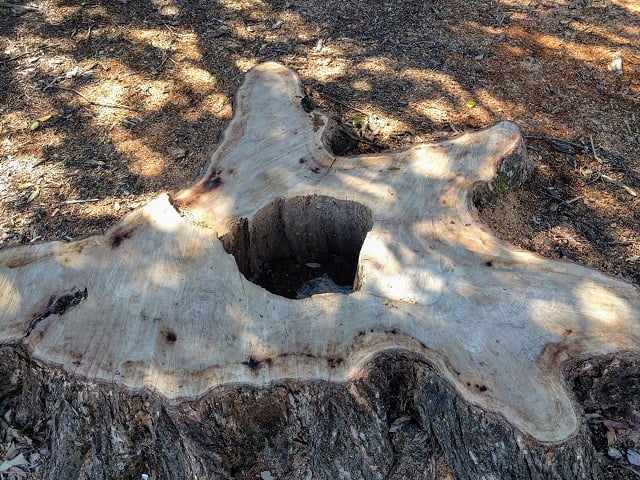 The hole inside the elm tree was visible in the stump after the tree was removed. Photo by Dan Whisenhunt

“No, the tree [was] hollow inside the center of the trunk but it was not dead,” she said. “It could have been properly pruned and treated.”

The city took the contractor to court over the topping of the tree and asked the judge for a $1,000 fine. He received a $250 fine.

Fisher said the elm tree was in a dangerous condition and could have hurt someone if it fell.

“I’m pretty sure whenever we had a bad storm it was a matter of time before it was going to come down,” he said.

Previously Fisher agreed that 3 Macks botched the job at the courthouse.

Fisher said the county had initially asked the company to “improve the site, give it a more open look and make some corrections.”

The company did this by sawing limbs off of nearly every tree at the old courthouse, some all the way to the trunk. The limb of one tree lining Ponce de Leon Avenue looked like it had snapped off at some point during the work.

“On some of the pruning, some of my guys made a couple of mistakes that we’re going to go ahead and correct,” he said last month, adding, “The mistakes are easily going to be corrected and taken care of.”

The work angered local arborist Susan Avent. She called it a “hack job.”

According to a county spokesperson, the 3 Macks is no longer allowed to perform work around the courthouse.