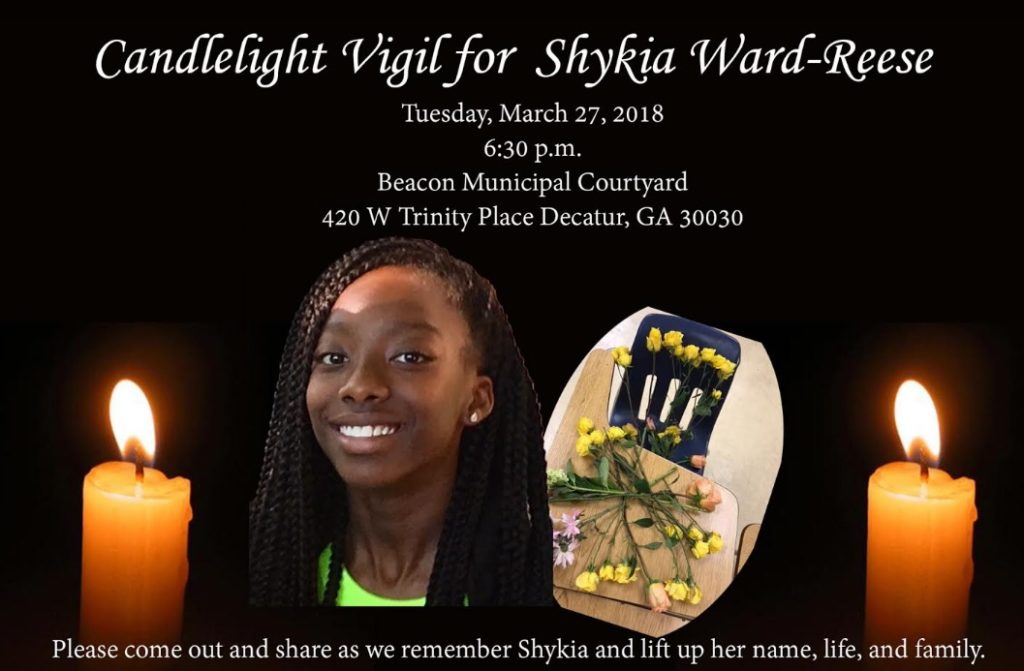 The community is planning a candlelight vigil to honor a Renfroe Middle School student murdered in her Trinity Walk apartment Sunday morning.

Shykia Ward-Reese was 14-years-old. Another victim, a male, has not yet been identified pending a notification of family. The vigil will be held Tuesday, March 27, at 6:30 p.m. in the Beacon Municipal Courtyard, located at 420 W. Trinity Place Decatur, GA, 30030.

Police are still seeking the primary suspect, Royce Stewart, who faces charges of auto theft and two counts of murder.

Police on Monday afternoon, March 26, confirmed the vehicle had been found.

“The silver 2014 Ford Mustang convertible GA tag 1BARB1E stolen in the double homicide on March 25, 2018 from Trinity Walk Apartments has been located by the DeKalb County Sheriff’s Office and DeKalb County Police Department at an address on Glen Raven Court, Decatur, Georgia,” the Decatur Police Department said. “The vehicle was unoccupied at the time it was recovered.  Officers are still attempting to locate the suspect, Royce Stewart.”

Police responded to the apartments on Sunday, March 25, at 9:35 a.m. to a call about a person stabbed.

The Decatur Housing Authority has been fully cooperating with investigators. They said the suspect is not a resident of Trinity Walk or any other DHA properties. DHA said Shykia Ward-Reese lived at Trinity Walk with her mother. In a statement, DHA said, “All of us at the Decatur Housing Authority are shocked and deeply saddened by what has happened and we are keeping Shykia’s family and friends in our prayers.

“The safety and well-being of our residents and employees has always been the Decatur Housing Authority’s first priority every day and especially during especially during situations like this one.,” DHA Executive Director Doug Faust said. “As with many of you, we hope to learn more information about this sad event and how we can avoid such unnecessary violence in the future.”

Police provided these photos of the suspect: 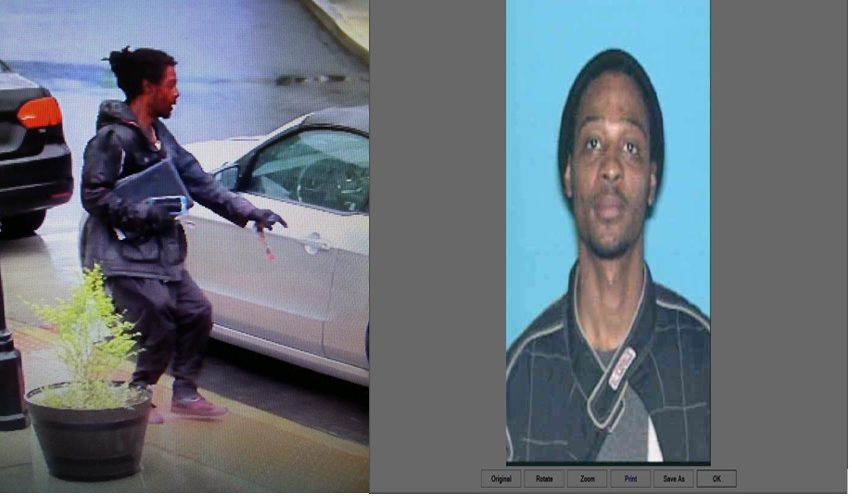