Marchet Sparks, owner of Le Petit Marche in Kirkwood, said yes to author Romal Tune when he asked her to marry him on April 7. Photo obtained via Facebook

Marchet Sparks’ restaurant, Le Petit Marche has been a go-to spot in Kirkwood since 2008.

About 18 months ago, she met a local author named Romal Tune at Table 8.

“He was fascinated with my story and asked that I share it at an upcoming motivational conference he was conducting and things took off from there,” Sparks said.

Tune is the author of “God’s Graffiti” and “Love is an Inside Job.” True to the title of his book, Tune chose to make her family a part of his plan to ask Sparks to marry him. He asked her father, known affectionately as Pop, for permission to marry her.

“We’ve been talking openly about marriage for the past six months after he asked Pop for my hand and even insisted I be part of the ring selection process,” Sparks said. “I was totally surprised in that I didn’t know when or where and was completely overjoyed.”

The when was Saturday, April 7. The where was Table 8 at her restaurant, where they met over a year ago.

Sparks said, “Last year, we celebrated my parents 50th wedding anniversary so we decided June 25th, 2019 would be a good day for us, too!” 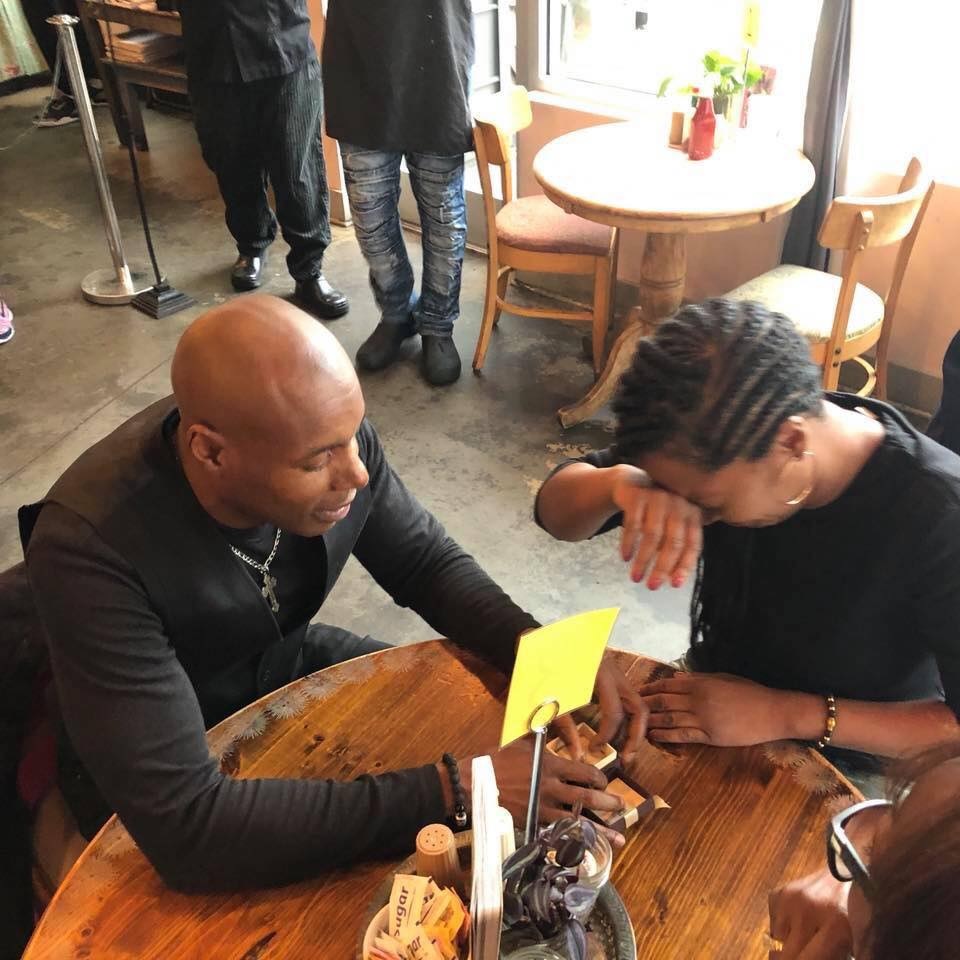