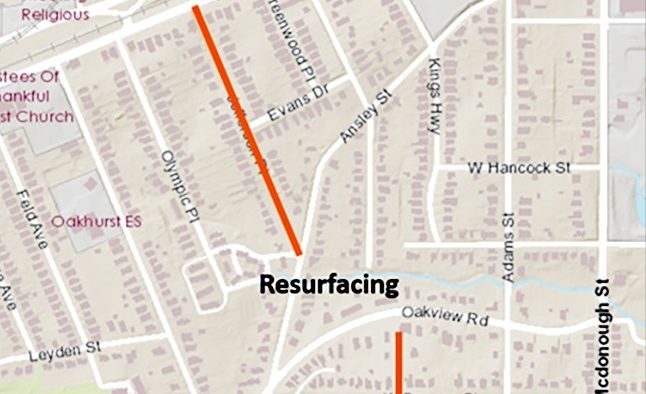 A contractor for the city will begin repaving Jefferson Place and McKoy Street on Monday, April 9.

“The City of Decatur has employed Blount Construction to re-surface several local streets as part of its annual street maintenance program,” the city announced. “Jefferson Place from West College to Ansley Street and McKoy Street from its dead-end to West Benson Street are the first streets to be milled and repaved as a part of this year’s effort.”

Street repaving could take as long as two months,  the city says. The other streets on the spring repaving schedule are:

“Alerts for each segment will be issued at the appropriate times,” the city says.

The city also provided this map of the work that will start this week. 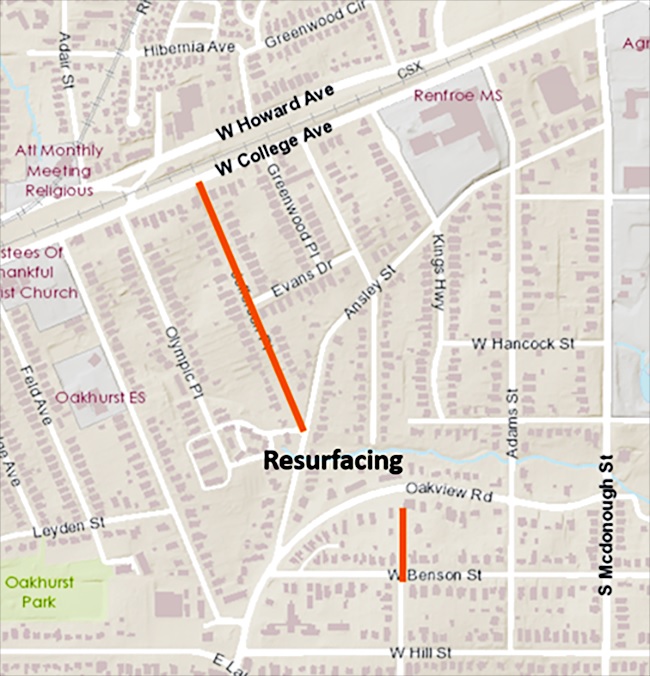 Stay alert and watch for instructions when approaching either of these work areas. If possible, seek an alternate route. Affected areas (in orange) and travel options (in white) are shown above. Map provided by the city of Decatur