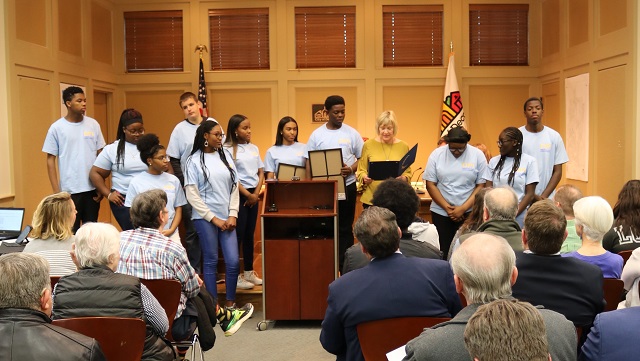 Alcohol Awareness Month is part of a larger effort from the National Council on Alcoholism and Drug Dependence, Inc., which the city is now a part of, too.

This proclamation is in efforts to “raise awareness of the critical public health issue of alcoholism and its impact on young people, families and communities,” according to a recent press release.

Here’s a copy of the proclamation:

The proclamation to join the national fight against alcoholism was given to the Decatur Prevention Initiative’s Youth Action Team, which has worked on local prevention projects since 1992.