DeKalb Avenue to gain turn signals, lose reversible lane within the next year

DeKalb Avenue to gain turn signals, lose reversible lane within the next year 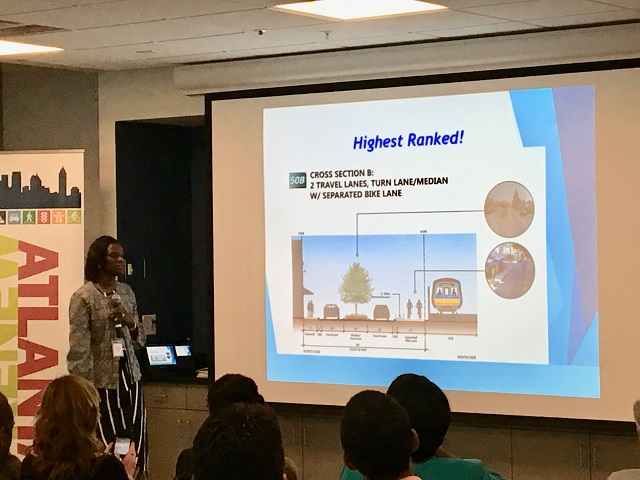 Renew Atlanta’s Project Manager for Dekalb Avenue, Brandi Peck, gives a presentation on the Phase I and Phase II plans for the overhaul of the corridor, including road resurfacing and turn signal implementation. Photo by Gabriel Owens

Renew Atlanta hosted a community meeting last night announcing their plans for an overhaul of Dekalb Avenue, which includes resurfacing the road, adding turn signals to many of the busier cross roads and removing the road’s reversible lane.

The project will consist of two phases, the first of which has already begun and will take eight months to a year to complete, according to Brandi Peck, project manager.

Phase One will consist of resurfacing the notoriously pot hole-riddled corridor and implementing turn signals at some of the busier cross streets.

“There has been 279 crashes along Dekalb in the last year,” Peck said. “Sixty-nine percent of them have been on Jackson and Rocky Ford.” 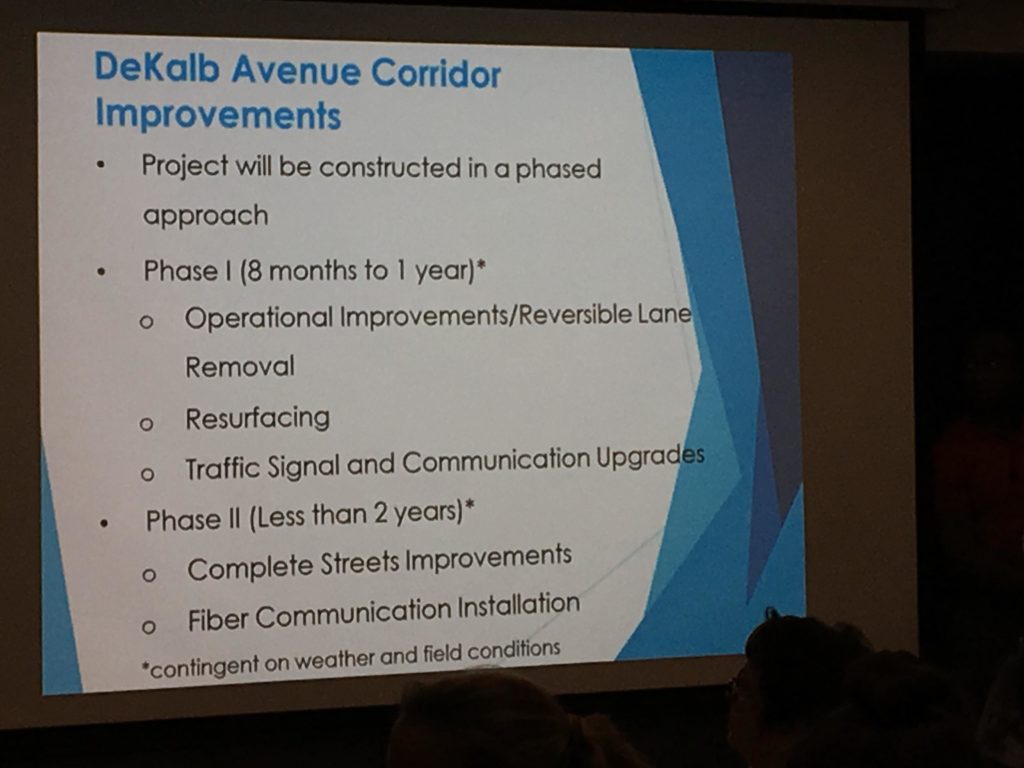 This slide shows plans for Phase 1 of the project. Photo by Gabriel Owens

Peck noted that previous added signal turns had reduced accidents by 30 percent since 2014. Additionally, the turn lights are projected to greatly relieve the congestion along the avenue during rush hour. Other improvements during Phase I include removal of the reversible “suicide” lane and pavement markings for turn lanes.

After the presentation, Renew broke the attendees into groups for Q and A. Most of the discussion focused on Renew’s plans for Phase II, with bike paths being one of the main concerns of many of those present.

“Right-of-way [along Dekalb] is still a mystery to many drivers there, and it’s dangerous for pedestrians and bicyclists,” said one resident.

The project budget is $4.6 million and the project length is 4.4 miles.

A panoramic view of the map of the streetscape project. Photo b Gabriel Owens. Click to enlarge

Here are some other slides from the presentation at the April 18 meeting. To see the full presentation, click here. 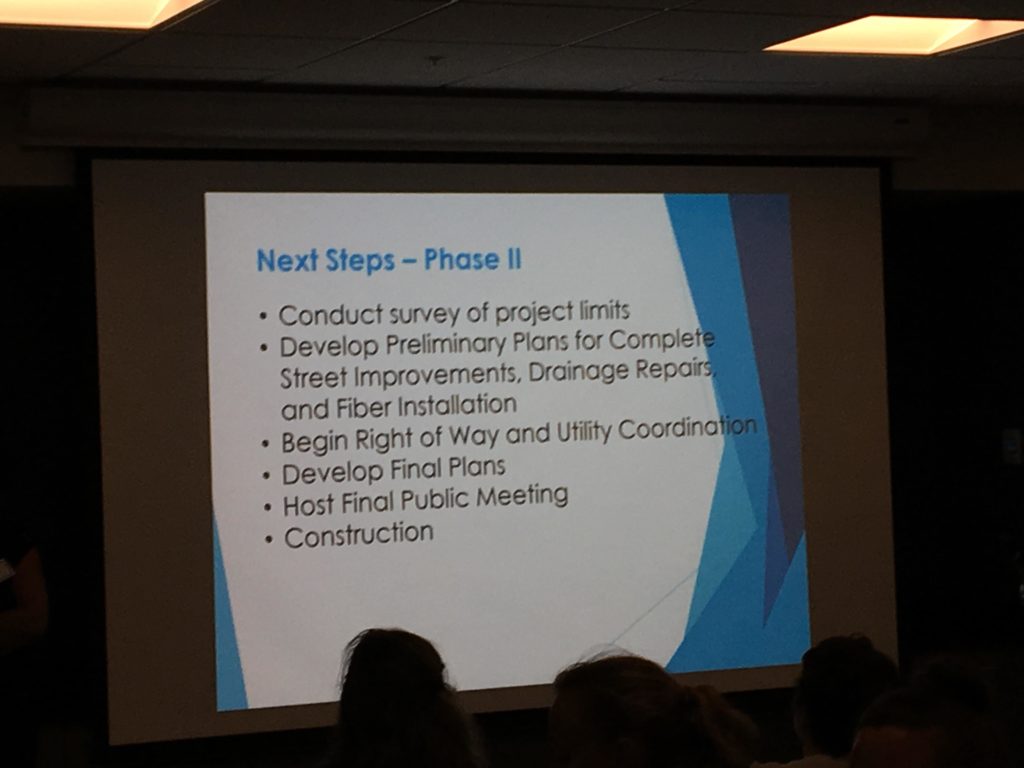 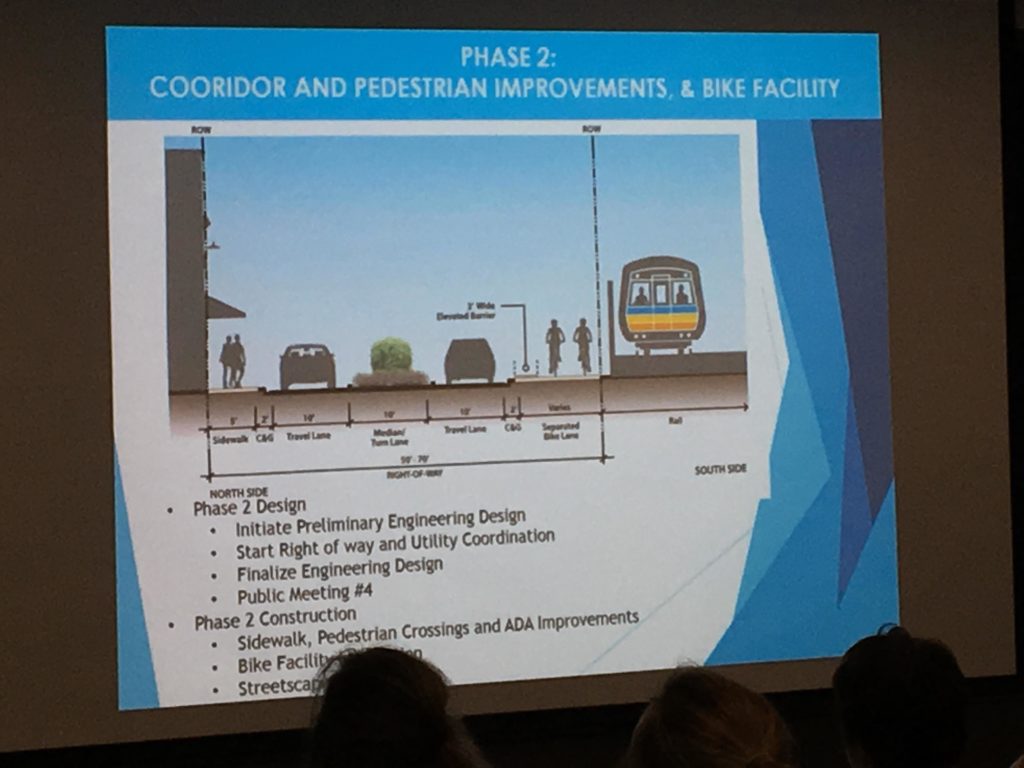 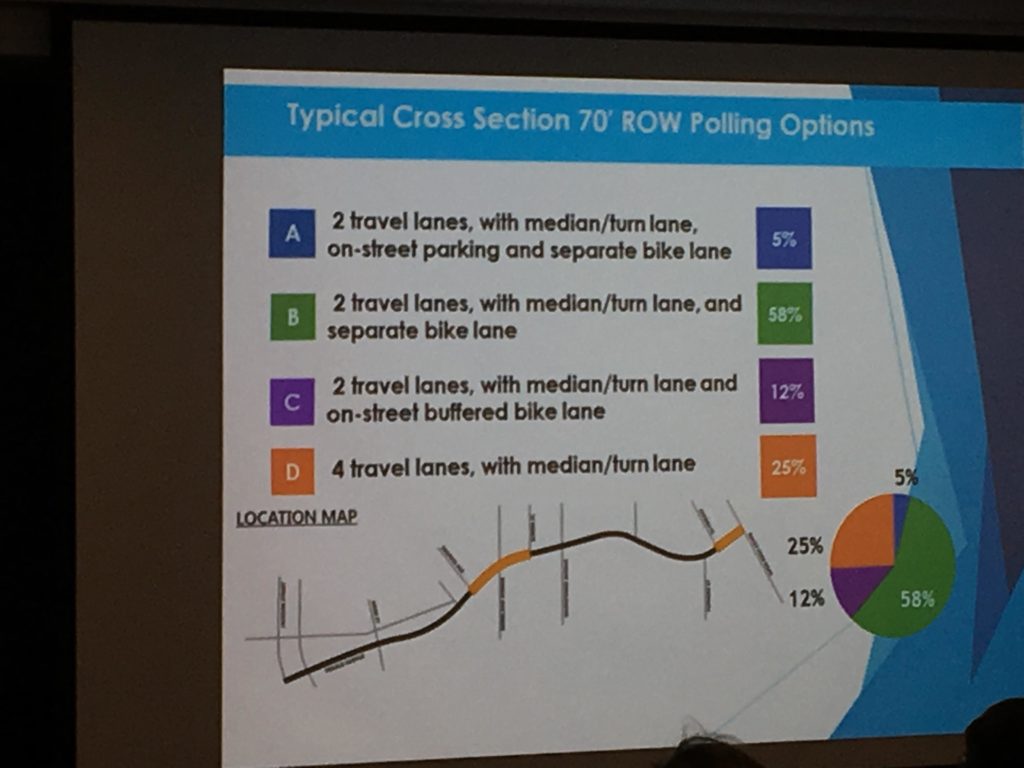 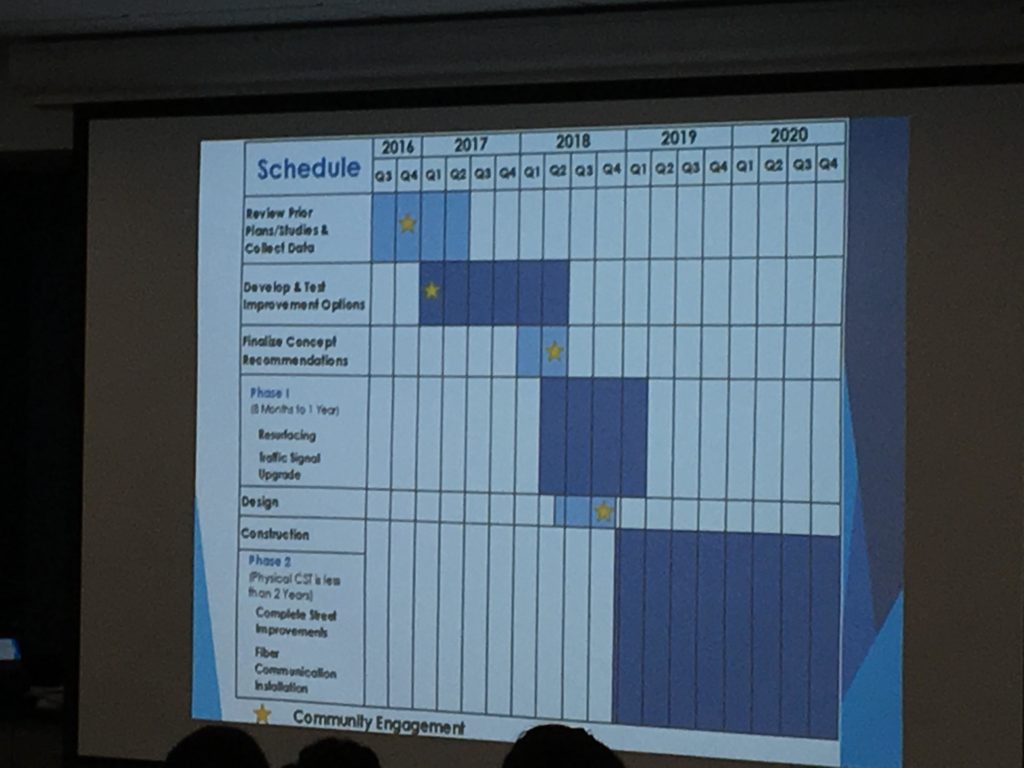