From gas station to green space: The East Decatur Greenway is officially open

From gas station to green space: The East Decatur Greenway is officially open 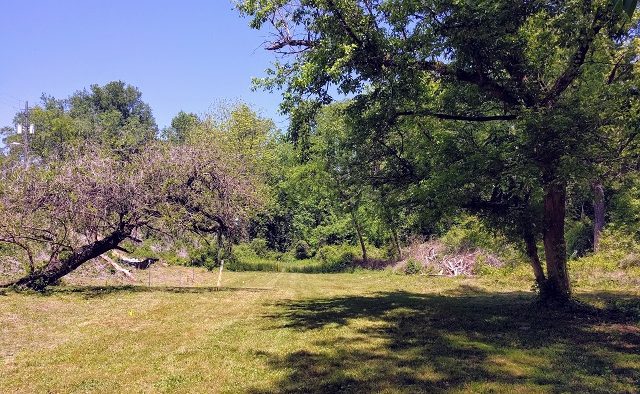 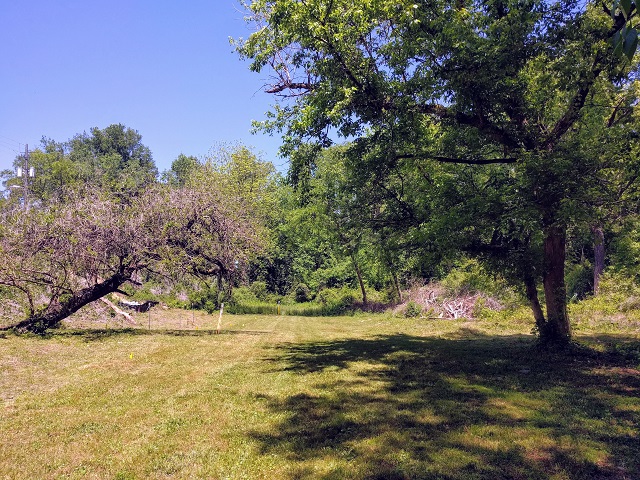 Welcome to the East Decatur Greenway. Photo by Dan Whisenhunt

There isn’t much to be said for the way things used to be at 890 Columbia Drive.

It was an overgrown and graffiti covered gas station. The old Speed Trip, which closed in 1999, became an eyesore standing on polluted ground. 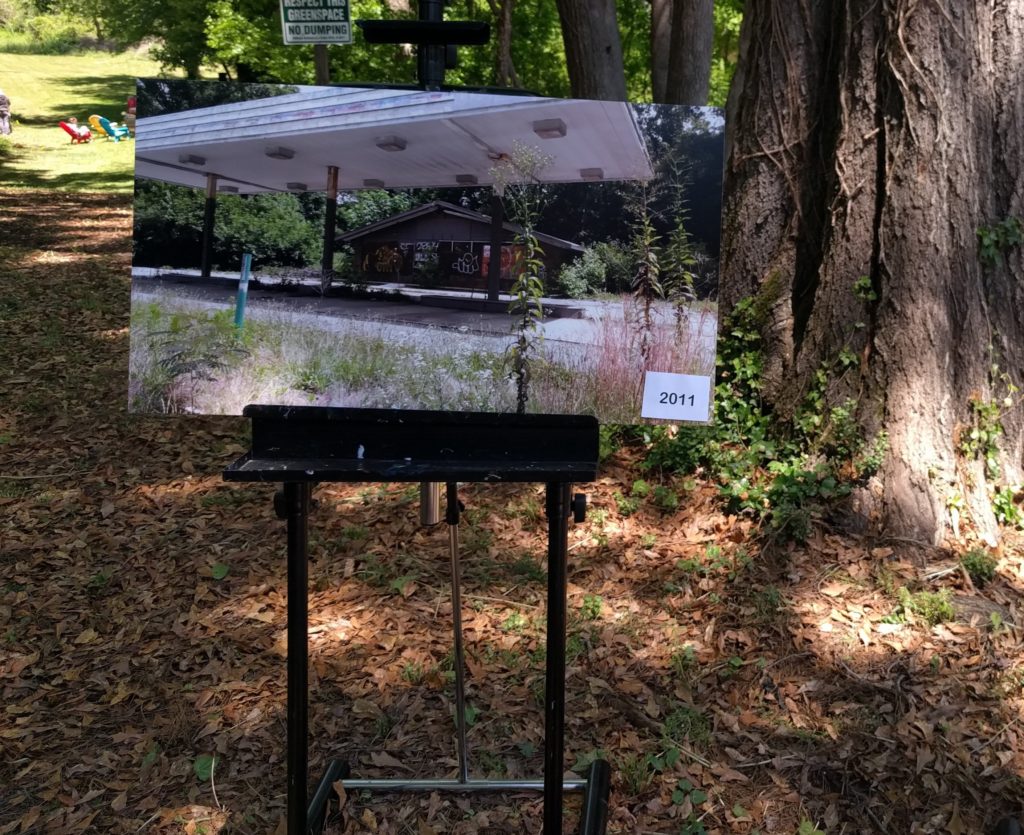 The property did catch the eye of Chuck Bosserman, a partner in East Decatur Station who also sits on the board of the Friends School of Atlanta. He thought it could make a play space, but he was having difficulty buying it from the prior owner. He placed a call to Michele Ritan in 2010. He said he was too busy to devote all his time to acquiring the property and handed things off to her.

Ritan went on to form the East Decatur Greenway nonprofit in 2011.

“This was a project whose time had finally come, and there was a remarkable convergence of interest and advocacy on the part of people who made this dream come true,” she said.

Ritan called the Brownfields Division of the Georgia Environmental Protection Division and they put her in touch with the U.S. Environmental Protection Agency. After East Decatur Greenway bought the property in 2012, the EPA encouraged the organization to apply for a Brownfields Cleanup Grant. She did. Her efforts were backed by DeKalb County Commissioners Kathie Gannon and Larry Johnson, as well as the Friends School, Forrest Hills and Midway Woods neighborhood associations and Columbia Presbyterian Church.

The project was one of only two sites in Georgia to receive the cleanup grant in 2014. The money didn’t go quite far enough, but the group received assistance from the DeKalb County Revolving Loan Fund.

East Decatur Station, the company Bosserman is a partner in, helped convince PATH foundation to build a 1.1 trail segment to the site that connects to the Avondale MARTA station redevelopment.

Another company, Plants Creative Landscapes, donated the landscape plan and Buck Jones Nursery contributed plants. Joe Lavalle, a landscape architect with Plants, told Decaturish that the company planted greenery that would also help leech the remaining contaminants out of the soil, like wax myrtles and tulip poplars.

Now the space is lush and green, an little oasis along a busy street that will be open for anyone looking to commune with nature. Birds and wildlife abound here, and it will remain a passive park forever.

The Friends School of Atlanta, a Quaker school, has taken over stewardship of the park and will use it as part of the school’s environmental education efforts.

Waman French,  head of the Friends School, said the space will be “a great benefit to our school.” He said Friends School is up to the task of keeping the green space green.

“It’s a passive park,” he said. “Quakers are pacifists.” 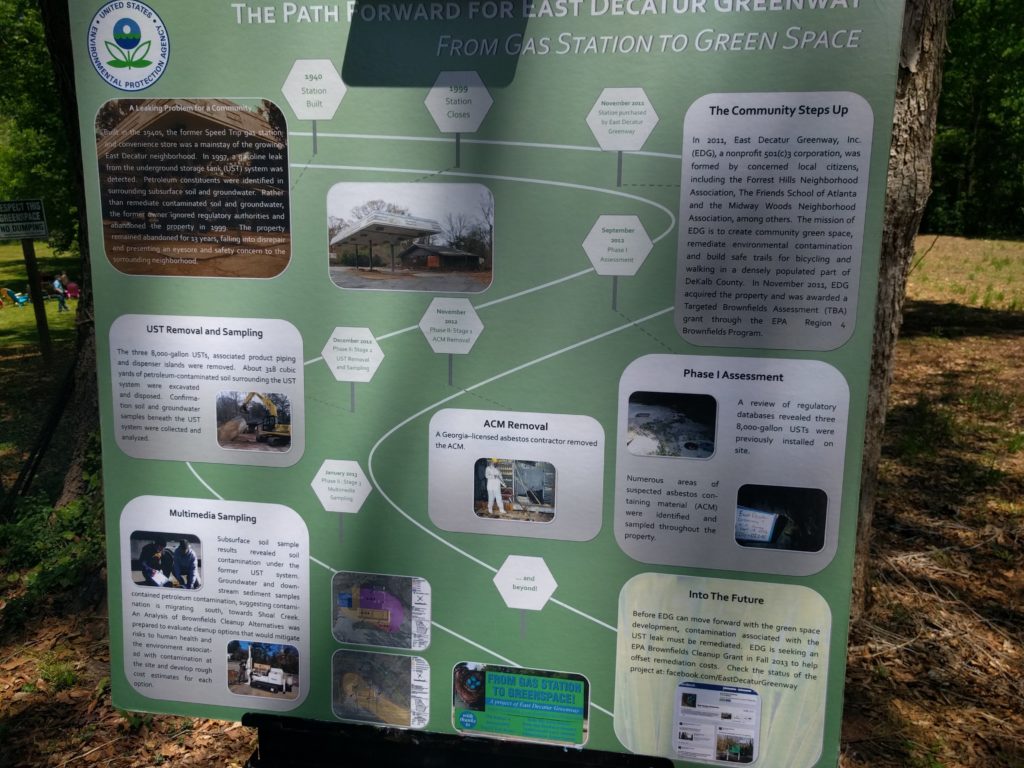 This photo charts the history of the East Decatur Greenway project. Click to enlarge. 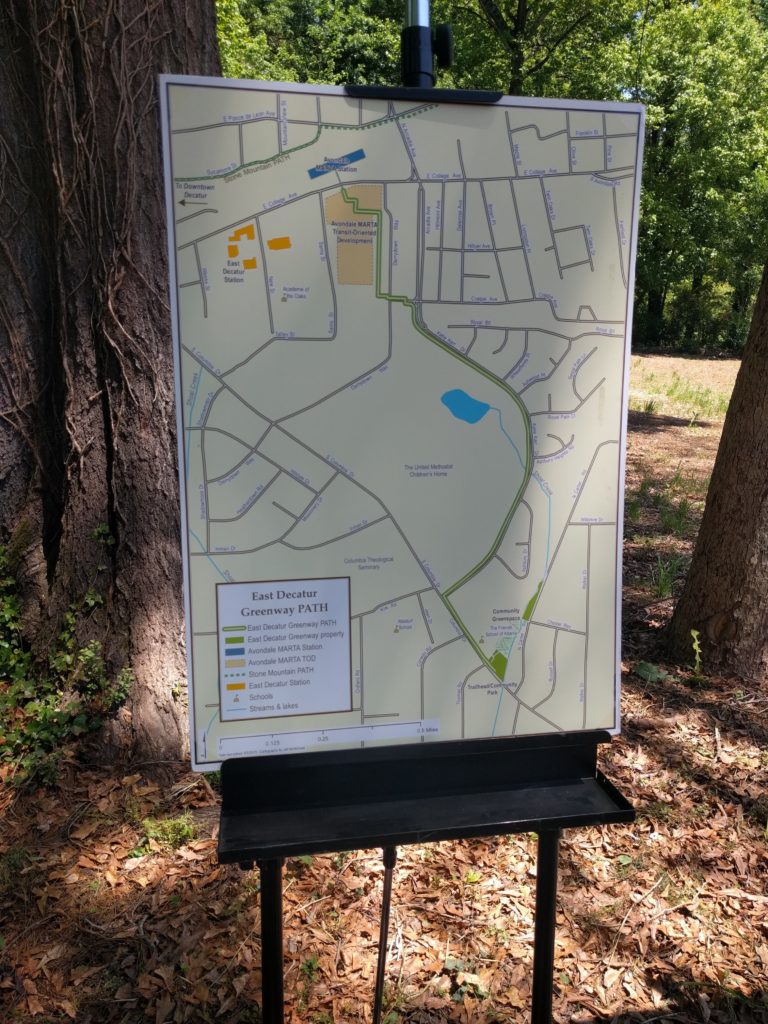 Here is a map of the East Decatur Greenway PATH trail. Click to enlarge.