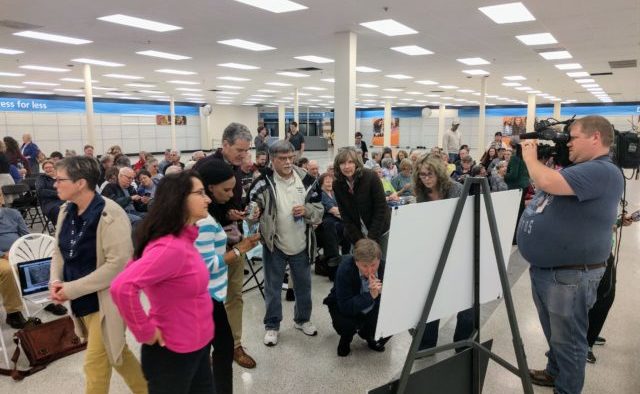 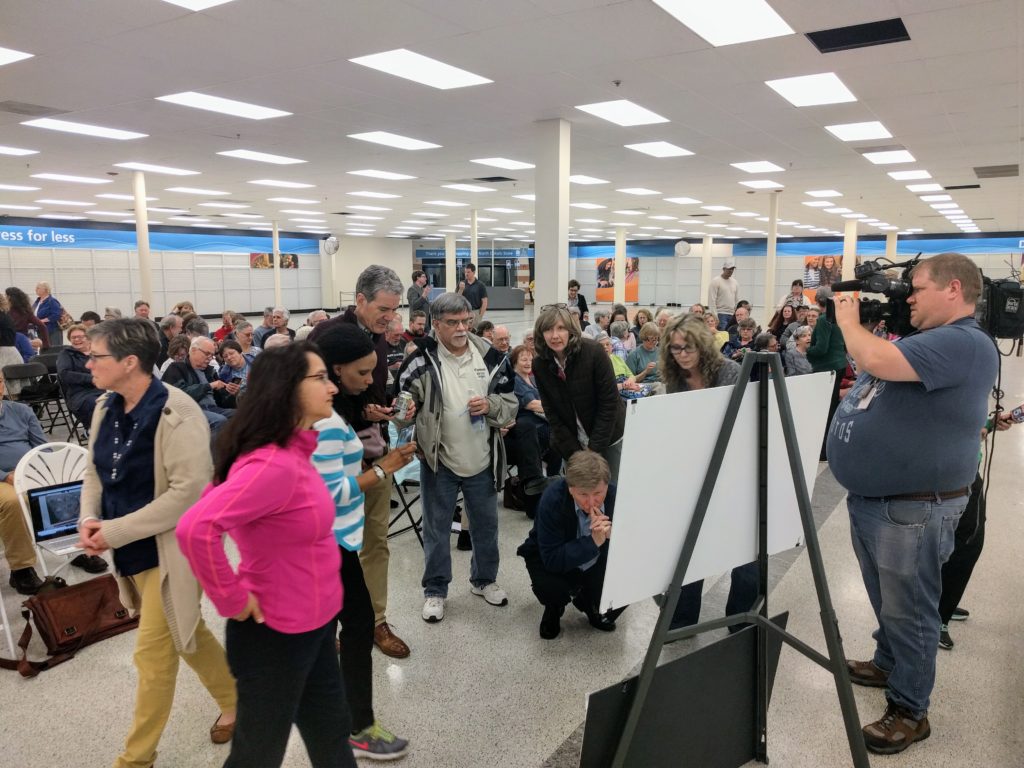 The first public meeting about plans to redevelop North DeKalb Mall held on Thursday night drew about 300 people to the empty Ross Dress for less store, one of many tenants that have vacated the mall over the years.

A new anchor tenant, Costco, wants to move in, and the mall’s owners want to develop hundreds of apartments and some town homes to support the project. The overriding concern from residents was the amount of vehicle traffic the development will generate.

Den Webb, an attorney representing Sterling Organization, the mall’s owner, said that because the project will have to be evaluated as Development of Regional Impact by the Atlanta Regional Commission, more attention will be paid to how the mall will affect traffic in the area.  That process will take three or four months, he said.

“The traffic analysis here will be much more intense,” he said.

That argument didn’t sway many in the audience, which was generally supportive of the Costco coming to town, if not the housing that would accompany it.

The critics and supporters of the project will have more opportunities to weigh in. Thursday’s meeting was the first what will likely be numerous project meetings over the coming months, in addition to the county zoning meetings, which are open to the public. The development is expected to open in 2020 at the earliest, and may not open until 2021, assuming the zoning gets approved.

Representatives from Costco were in the room as are the mall’s owners, Sterling Organization. They declined interviews, saying they are unable to talk on the record about the project at this time.

Some quick notes about the proposal:

– Webb said this project will be like Krog Street Market and it will include a food hall.

– There will be 425 apartments and 40 to 50 town homes. Some of the apartment units will be designated as workforce housing, but an exact figure was not available.

– There will be a 150 room hotel. The operator has not been determined, but it will likely be a major brand like Hilton or Marriott.

– The developers are working with The PATH Foundation to extend the PATH trail to the site.

– The flood plain on the property will not be developed.

– The AMC movie theater will stay on the property. No word on whether the movies will still be dirt cheap. Burlington Coat factory will stay and so will Marshall’s. The fate of the other tenants is up in the air at this time.

DeKalb County School Board member Marshall Orson was there and encouraged the developer to consider the project’s impact on the nearby schools.

Webb pointed to apartment projects in Decatur and said those developments didn’t significantly add to the enrollment in the school system.

“The number of school age children will be surprisingly low,” Webb said.

Afterward, Orson said he found out about the meeting via local media.

“These developers never call the school district,” he said.

DeKalb County commissioners have also raised concerns about the project. Commissioner Jeff Rader has questioned whether the area could support yet another grocery store. Commissioner Kathie Gannon told Decaturish, “We’ve got a ways to go, but the beginning concept does look good. There are lots of details to work out so that it’s an integrated, connected, walkable kind of development, which is what we try to do.”

Here are the renderings presented at the meeting. 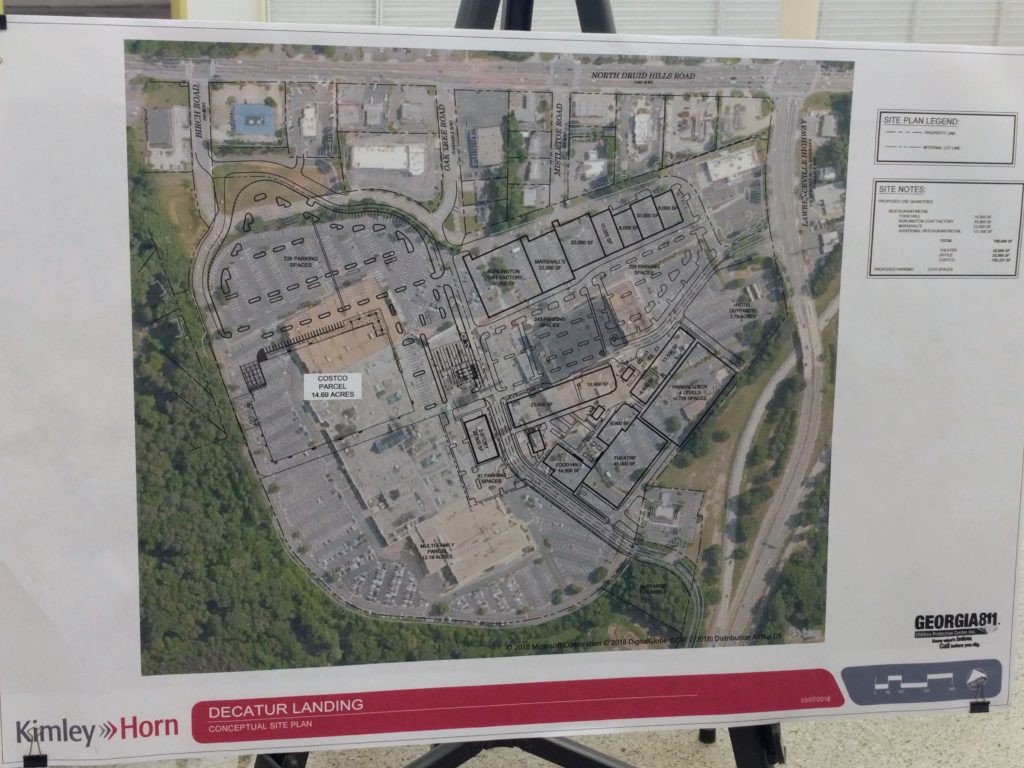 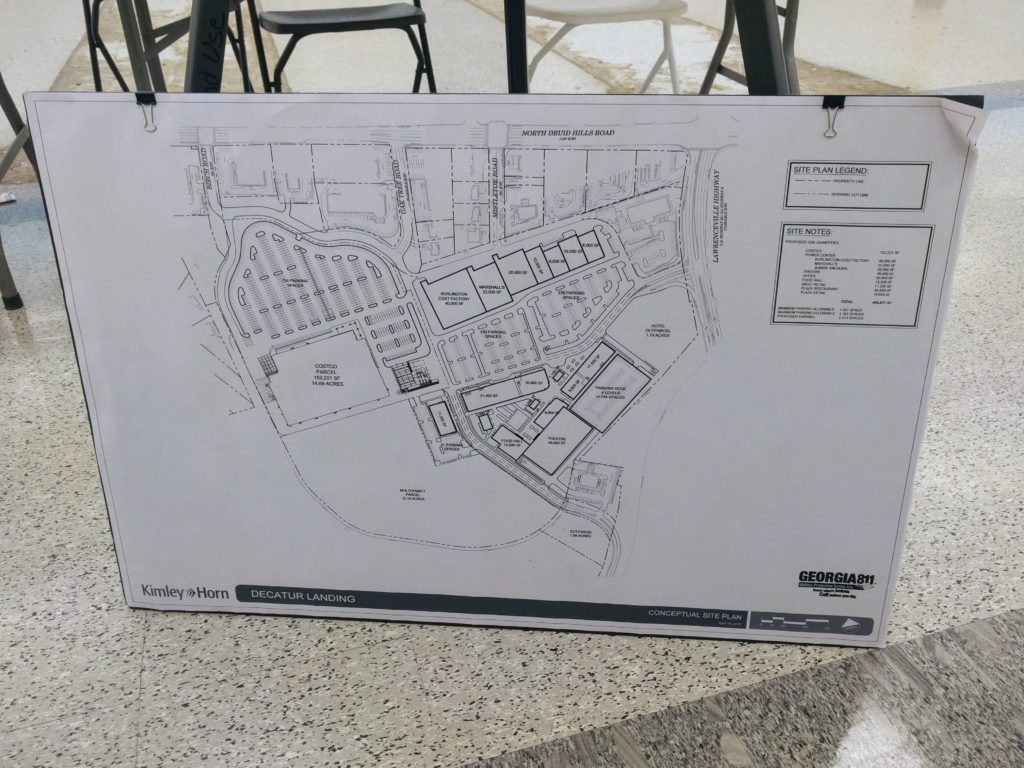