“In 2015, Atlanta voters overwhelmingly approved the Renew Atlanta Infrastructure Bond to update and improve our streets,” the event announcement says. “DeKalb Avenue made the Renew Atlanta list as a complete street. This would mean potentially removing the reversible ‘suicide’ lane (a long overdue safety improvement) and replacing it with turn lanes at key intersections, as well as repaving the street, adding a multi-use path and installing safer crossings.”

The $4.6 million “complete street” project would cover 4.4 miles of the road, and would involve milling and repaving the road, improving the sidewalks and making them more accessible to people who are disabled.

To learn more about the April 18 meeting, click here.

Here is a flyer for the event: 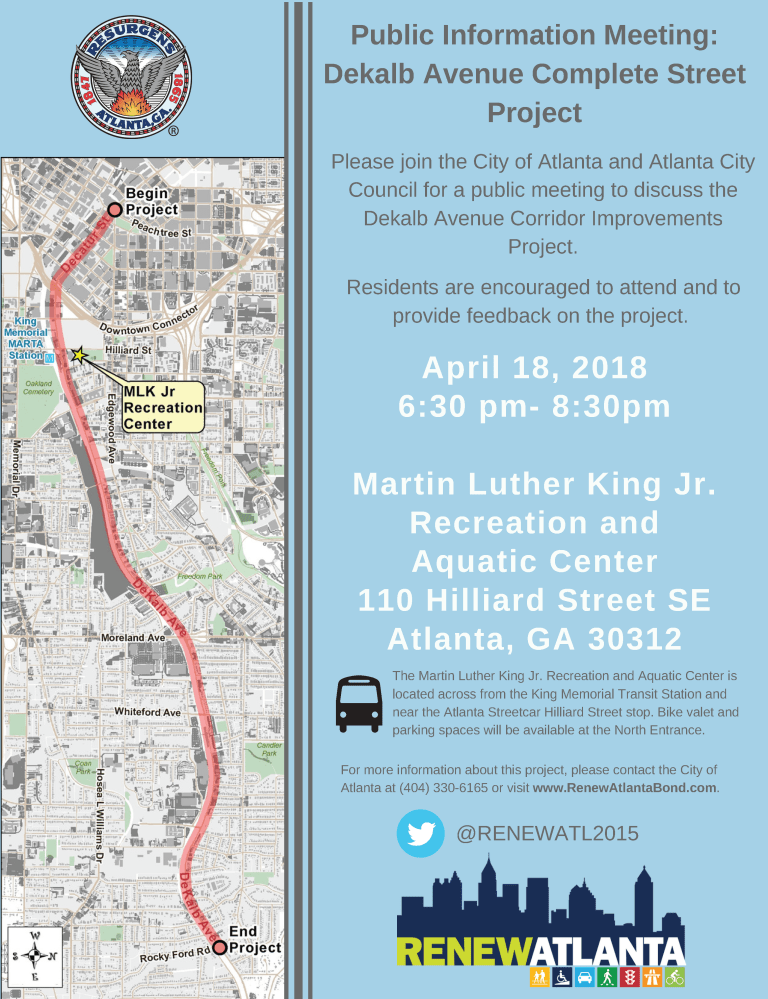