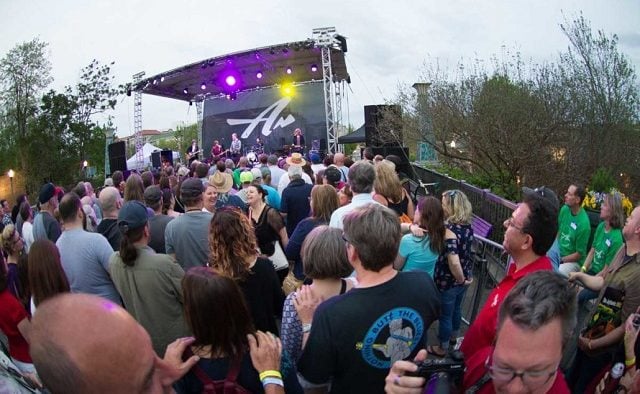 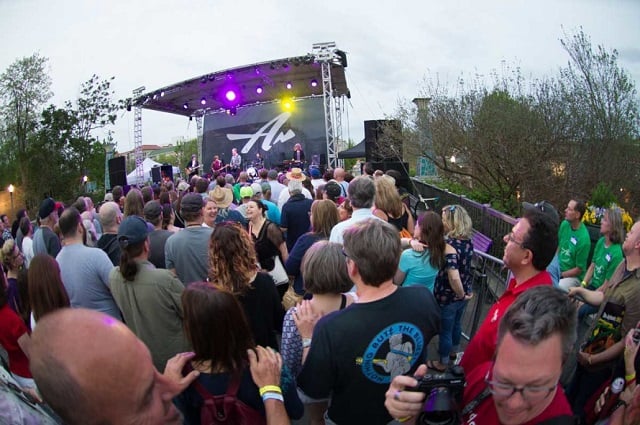 This year’s Amplify Decatur concert series, hosted by the nonprofit group Amplify My Community, raised $40,000 for Decatur Cooperative Ministry (DCM), another local nonprofit working to prevent and alleviate poverty and homelessness in Decatur and DeKalb County.

The April 13-15 concert series was presented by Lenz, a Decatur-based marketing agency, and produced in partnership with Eddie’s Attic.

Amplify My Community board president Drew Robinson said he is proud to be a part of such a strong community.

“Our mission is to shine a spotlight of recognition on the incredible work DCM does in our community through the love of live music,” he said. “The success of Amplify Decatur is 100 percent attributed to the steadfast support from the City of Decatur, and our sponsors, volunteers, artists, and attendees.”

Richard J. Lenz, president and CEO of Lenz, the presenting sponsor, said the event “checks a lot of boxes” for him.

“Lenz has supported many causes, organizations, and events in Decatur since 1992, and what we look for locally is something that adds to the culture of Decatur, has a philanthropic purpose, and allows our company to make an impact using our talent, energy, and resources. My goal of building a successful music festival in Decatur is being achieved, thanks to so many.”