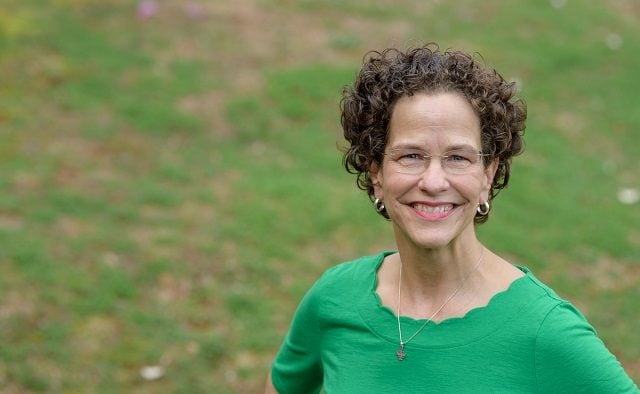 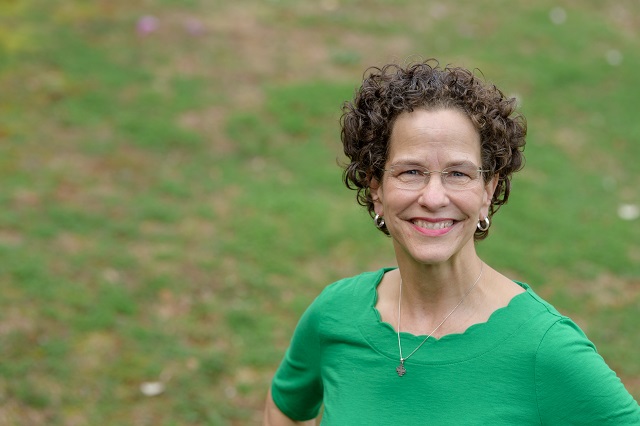 I am a life-long community volunteer and non-profit co-founder.  I am also one of the women who were awakened by our national election in 2016 and inspired and empowered by marching in 2017 Women’s March.

My father was a minister and a civil rights and social justice activist, and his legacy of reaching across differences and fighting for justice was a profound influence on me. I believe that I have the initiative, energy, and proven track record of engaged problem-solving that we deserve. For the past 3 years, I have been an Aide on Local Issues for Senator Elena Parent, so I have become extremely familiar with a variety of local issues, and have hands-on experience helping constituents solve problems throughout our district. During that time, I have spent a good amount of time with the incumbent, Rep. Mosby, and I’ve come to realize he’s a nice guy doing a poor job of representing our families and small businesses. I know that I can do a better job.

For all of my adult life, I have been serving our community. I am a non–profit co-founder and former president of the Druid Hills Athletic Association, which for more than a decade has served diverse communities across DeKalb, providing funding for equipment so all athletes can play sports safely, regardless of income or zip code. I also serve on the Haiti Ecovillage School Partnership Steering Committee, working to build a school in rural Haiti, along with a strong, local Haitian partner. I am also an active member of over 30 years at North Decatur Presbyterian Church which continues to nurture my commitment to social justice. I was the Campaign Coordinator for Commissioner Kathie Gannon in 2012, and served on the DeKalb Green Commission for several years.I have also served as the chair of Open Streets Emory Village, a board member for the Emory Village Alliance and Druid Hills Civic Association, and the revenue chair for the Druid Hills Tour of Homes.  I have worked with or am a member of the Georgia Sierra Club, PEDS, Atlanta Bike Coalition, the Nature Conservancy, Druid Hills Civic Association, Leadership Dekalb, Beacon Hill NAACP, and End Jim Crow Now.

After graduating from Emory University, I worked as a healthcare technology project manager. When my youngest child, Carly, was born, I transitioned into being a full-time volunteer and mother, and have been extremely active with the organizations I listed above, and then from 2015 – 2017 I served as an Aide on Local Issues to Sen. Elena Parent at the Capitol.

I have a vision for our community where all of the neighborhoods are healthy, prosperous, and thriving. My priorities are healthy and safe communities, economic development, especially in South DeKalb, stronger funding for our kids’ schools, and criminal justice reform.

I will be the strongest possible ally for our neighborhood groups to create safe and healthy communities, by collaborating with neighborhood groups, local law enforcement, county and municipal governments, nonprofits, schools, and local businesses.

Here in Metro Atlanta, we currently have one of the highest income gaps in the country, which will be my top priority to end, starting on day one. I will fight for a $15/hour minimum wage – which Rep. Mosby has never proposed or authored a bill for – because I believe no one working   40 hours per week should be living in poverty. I will also work with local partners to identify Opportunity Zones, where the state provides tax credits to small businesses. Additionally, I will fight to secure clean energy jobs, especially in the areas of wind, solar, and biomass, for Georgia residents because I believe Georgia can be a clean energy state by 2035, and we can be a leader in creating green collar jobs.

But we can’t talk about jobs unless working families can get to them, which is why I’ll fight to expand MARTA, and for DeKalb to be first in line for newly allocated state transportation funds, especially since we have been paying into the system for 40 years without reaping the benefits.

Similarly, we also can’t talk about jobs if we aren’t educating our kids for them, which is why I’ll be the strongest ally our parents, teachers and students have ever had. As the parent of three kids who went through DeKalb public schools, I know that investing in quality public education is essential for a strong community. High quality teaching is the most important in-school factor that can improve student achievement. We must recognize our teachers as professionals to attract and retain talent by paying competitive wages, or our kids’ schools will continue to suffer.  That’s why I know at the state level, we must fully fund our kids’ schools every year. And it’s why I will fight to get Georgia teachers a 20% pay raise – and propose we consider funding part of that raise with the decriminalization of marijuana – putting law enforcement savings into teacher paychecks.  I will also work to adjust our state QBE funding formula to take poverty and other factors into consideration, so that students who come to school with greater disadvantages receive additional resources.  And I will work to reduce class sizes, so teachers can teach, and students can learn, and stop over-testing.

I will also fight for real criminal justice reform, because we deserve a system that focuses on changing lives instead of creating profits. I am proud to have lobbied for SB 407, reforming the misdemeanor bail process and providing judges with additional opportunities to convert monetary fees or fines into community service, but we must do more. That’s why as our next State Representative, I will fight to end mass incarceration, private prisons with their private probation, and slam shut the revolving doors on our jails by focusing on job training, educational opportunities, and reentry programs.

I believe I’m more qualified and more in tune with what our community needs from our elected State Representative than Rep. Mosby. I believe 16 years in office has desensitized him to what our families and businesses need.

That’s why our team has knocked on over 13,000 doors across our district. I personally have knocked over 1,300 of these, and there is one thing I hear at almost every door – that most of the hardworking families in our community have no idea who Rep. Mosby is, even after 16 years in office. He has never been opposed in a primary.  I think Rep. Mosby’s record and complacency is self evident, and it is time to retire him and hire me. As our next State Representative, I promise to be the strong, progressive voice we need fighting for us at the Gold Dome, and to engage and communicate with our neighborhoods and community groups.

I have been a DeKalb homeowner for over 25 years, with my husband and three now-grown children, and I have seen it change a lot, much of it for the good. Unfortunately, many of our communities have not seen the benefit of these changes. Our hardworking families and small business owners cannot afford to keep in office someone who has done so little to push for many of the progressive policies we need most – a $15/hour minimum wage, clean energy jobs for Georgia, and giving our teachers a pay raise they deserve.

One of the big turning points in my decision to run was when Rep. Mosby allowed an inflammatory local politician to hijack much-needed ethics reform for the county, listening to unethical politicians instead of listening to us. He has alienated many Dekalb County residents by fumbling the ethics reform effort, failing to reach across differences, failing to communicate, voting to saddle our families and communities with a triple tax by approving Plant Vogtle, and moving forward with major changes to our district without talking to anyone who lived in the community affected (I am referring to the 2016 Atlanta annexation bill he proposed.)

We are also running a strong grassroots campaign, and one of the things I am most proud of is that unlike Rep. Mosby, we will reject any donations from Big Pharma and insurance companies who don’t want to see us expand Medicaid. In fact, our campaign is mostly funded by neighbors right here in our community, while Representative Mosby’s donations have come largely from PACs, insurance companies who lobbied against the Affordable Care Act and are against Medicare expansion, corporations, and predatory lenders like TitleMax.

As we know, Rep. Mosby voted for the wildly-unpopular nuclear plant, Plant Vogtle, back in 2009. Experts say we already make enough power as is, so once this plant is finally built – to the tune of over $29 billion that our families were required to pay IN ADVANCE – the power will be sold off, while Georgia Power shareholders line their pockets on our dime. We pay a triple tax for this, on our home power bill, at our churches and businesses, and at public places like schools and libraries, costings families hundreds of dollars per year.

We deserve a State Representative who is willing and able to communicate with every DeKalb County resident, and who has a proven track record of solving problems and not causing them. I have been in our community for decades, working hands-on for the changes our community believes we need most. As our next Representative, I will continue fighting to make DeKalb the best it can be. I believe by working together we can build a better Georgia.

Unquestionably. As I mentioned above, issues with ethics and transparency were some of the first things that got me in this race. I believe that we have had too many long term, incumbent career politicians like Rep. Mosby who puts more effort into preservation of his political power than he does into ending economic inequality or the gender pay gap or fully funding our kids’ schools.

I am incredibly proud to be the only pro-ethics, pro-reform candidate in this race, and have been talking since day one about the important ethics reforms we have needed. I will hold myself to the highest possible ethical standard, starting by pledging to publicly post how I spend the $7,000 of taxpayer funds the state provides each representative and provide an online portal for every Dekalb County resident to track our office’s expenses.

And currently, our DeKalb delegation meetings are only open to the select few, which is why I also pledge to fight for the minutes from those meetings within 48 hours so the public will have full access to the information we all need. I promise to listen and respond to all of my neighbors across the district, and to make myself as available to you as possible.