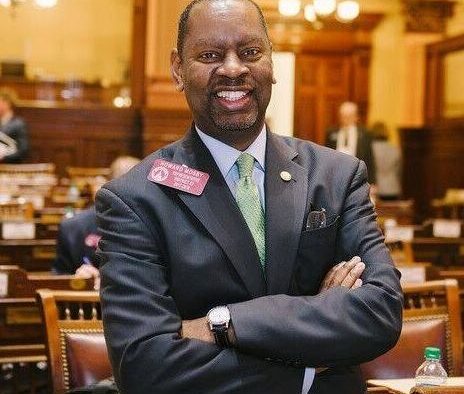 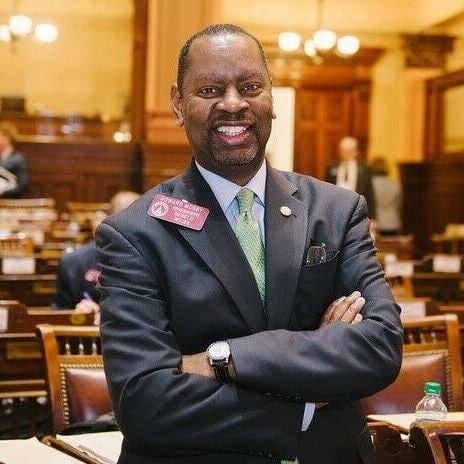 The fight continues.  As a 24 year healthcare executive in one of the largest public hospitals in the nation, I have advocated for, and supported legislation to, and will continue to advocate for the expansion of Medicaid in Georgia.  This will not only increase the number of people who would have access to healthcare (in excess of 500,000 of Georgia’s citizens who would have coverage that don’t now), but also to boost the state’s economic engine, by some estimates over 30 Billion dollars, that Medicaid expansion would provide to our state’s economy.

I have and want to continue to use my influence with key decision makers to make Georgia craft a pathway for college, in addition to the HOPE Scholarship funding, to create an affordable option to the least of these by making an affordable college tuition pathway option that is based on the ability to pay. And I also have fought for the elimination of the drain of public dollars from K-12 public school districts and diverting them to the private sector.

I have fought for and continue to support legislation to engage in a reformation of our criminal justice system.  We need to ensure that laws of this state doesn’t let the parole system be a cash cow for the state on the backs of the poor.  That I have supported legislation to ensure guns of mass destruction are taken off of our streets.

I have and will continue to support legislation so that we expand the opportunities for economic deserts to drive development so that it is more equally spread between upper and lower income communities.  I continue to advocate to make housing more affordable so that the elderly can age gracefully in their own homes, and to give the young, the millennials, the generation X’ers an opportunity to do just that as well.

Locally, I have led the DeKalb efforts to stabilize funding for MARTA by eliminating the use of 50% of the penny collected on capital projects to ensure the entire penny would be used for operations, helping keep fares low.  With my support as leader of DeKalb’s House Delegation, we now have a regional transportation authority that negotiates transit expansion across thirteen Metropolitan Atlanta counties and not just the two (Fulton and DeKalb) counties.

Finally for DeKalb County, under my leadership, the DeKalb’s Delegation passed the most aggressive ethics reform package in its history; we passed legislation that freezes property tax increases to 2005 levels; we passed legislation to bring $100 million of new revenue to repair and repave the roads and bridges in the county; and stabilized the HOST formula to bring more tax relief to property tax payers in both unincorporated and municipal parts of the county.  Working with the Governor, we stabilized the DeKalb School District’s Board of Education to become fully accredited.  DeKalb County’s government is as stable now as it’s ever been.

I am an Atlanta native.  I am one of five children born to Nate and Gwen Mosby, with my father who served as the second African American on the DeKalb County Commission, and my sister who currently is an attorney and serves on the Atlanta City Council, and of my three brothers, two are engineers, and my youngest brother, a Pastor.  I am a product of the Atlanta Public Schools System, graduating in the top 5% of my class, was STAR Student, and served as President of my 10th grade class. I am a Georgia State University graduate with a degree in Finance.  I am a Certified Public Accountant, serving on the Georgia Society of CPA’s Leadership Council of the Board of Directors, and a member of the American Institute of CPA’s.  And most importantly, I am a father of one son.

I am a proven leader, a leader of leaders, and community servant.  I have spoken to and will continue to speak all of this district and the county with various community groups and homeowners associations, and advocacy organizations about state issues with local impact.

I am a 24 year employee of the Grady Health System, rising to the position of Vice President of Faculty Contracts Administration.

This state needs election reform and independently verifiable paper ballot voting.  This state must address the unequal educational system that creates winners and losers.  Education is a right and not a privilege.  And, our criminal justice system needs a complete overhaul.

More importantly, this state is at a crossroads.  In addition to my job as a legislator in balancing the State’s $50 Billion dollar budget, during the next legislative session, one of the highest priorities I feel we legislators will be facing is preparing for this state to conduct a census taking in 2020.  Since we live in a nation that is governed through the representative process, then the number of citizens counted will determine what that representation will look like; in terms of those who will be counted, and physically what the new districts will look like.

It is imperative that OUR representative understand the importance of what all of these things will mean to this state, our county, and the cities alike.  Dollars, services, and resources will be distributed as a result through this process and those decisions that determine how those resources will be allocated by this process will stay in place for the next decade.  Our best chance for instance, to expand Medicaid, to get military style weapons off of our streets, to make education and housing more affordable, will depend on who holds the highest elected offices in this state.

You currently have an influencer, a decision leader, an experienced legislator, and an advocator for truth and progressive policies that has a proven track record to lead during turbulent times, a leader of leaders to drive policies to position this county’s interest to the front of the pack, a servant who has demonstrated compassion and sacrifice for the least of these.  I am that person.  Send me back to continue our progress towards a Georgia that we all can proud of!

As a Georgia licensed Certified Public Accountant, my specialization is based in how ethical members of my profession conduct themselves personally and professionally.  I am also a professional society leader serving on the Georgia Society of CPA’s leadership council.  I place the highest value on my good standing with the profession.

In addition, I work for one of the largest public hospitals in this nation.  All of our activities are subject to the freedom of information act and subject to public scrutiny.  I am proud of my service to the community through my work at Grady Hospital.  I value my employment with this storied institution.