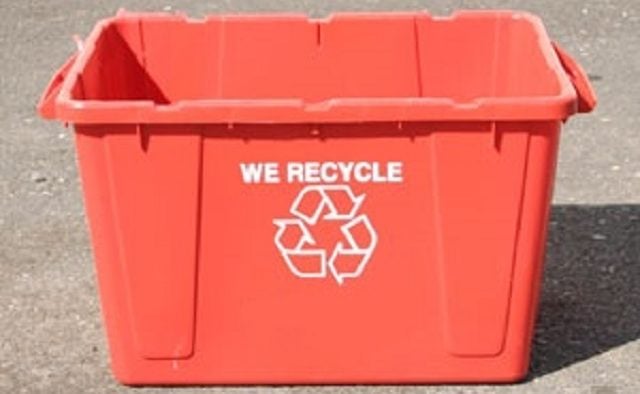 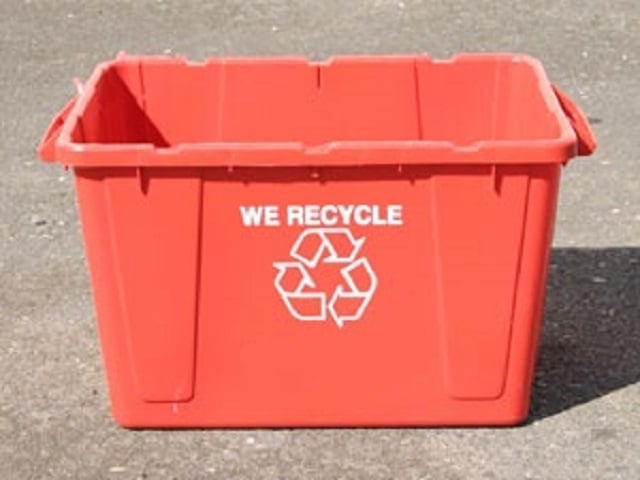 The red bins will look similar to this one. Photo provided by the city of Decatur

The city of Decatur’s recycling service provider is changing how it collects glass recycling.

About two years ago, Decatur began accepting glass recycling in a separate container provided by homeowners. The move was in response to the difficulty of recycling all of the materials as a single stream. Broken glass contaminates other recyclable materials.

Latham Home Sanitation, the city’s recycling contractor, said it will be giving residents a designated red bin for recycling glass starting in July.

“We are seeking to improve the separate collection of glass,” he said. “Having the uniform bin will aid the hauler in identifying the ‘Glass Only’ bins and reduce the frequency of missed or contaminated collections.”

Junger said residents who have red bins from prior years will not need to replace them.

“We do not intend to swap out good functional red bins with new bins,” he said. “We will replace broken old red bins on an as needed basis. Starting on Monday, July 2, 2018, we ask that residents who are recycling glass to please place it at the curb in the red recycling bin.”

Correction: An earlier version of this story indicated Latham has the city’s sanitation contract. The company has a contract for recycling collection. Garbage collection services are provided by the city.