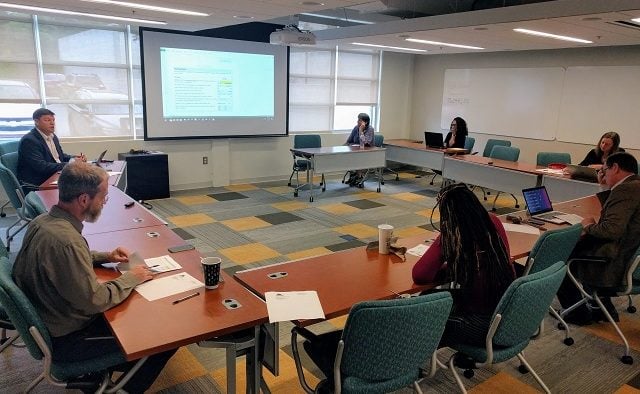 The Decatur School Board held a work session on Tuesday evening to discuss how an annexation proposal would affect local schools. Photo by Dan Whisenhunt
Share 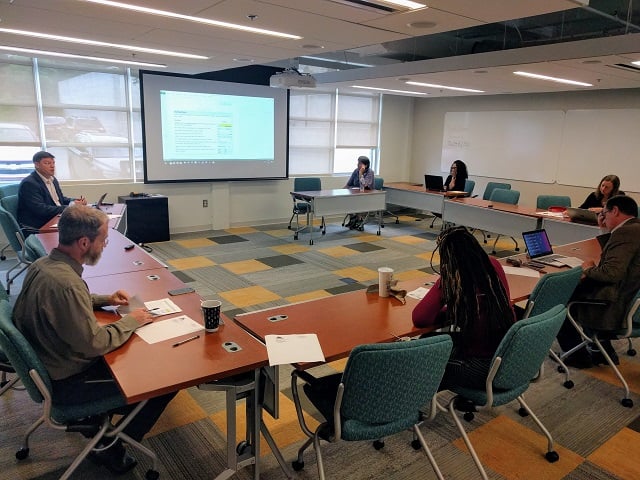 The Decatur School Board held a work session on Tuesday evening to discuss how an annexation proposal would affect local schools. Photo by Dan Whisenhunt

A proposed mixed-use project in Decatur could potentially bring 45 to 56 students to City Schools of Decatur, far more than the attorney for the developer says the project will generate.

But the project will also bring in $750,000 more in tax revenue than it would cost to educate these students, due to the project’s retail components. The additional students would likely require building three classrooms at a cost of $2.3 million, a cost that could be spread out over 30 years.

That was the gist of a presentation the School Board heard during a special work session held Tuesday evening, May 15. The board called the meeting to discuss the proposed mixed-use project, which would involve annexing land into the city. The Decatur City Commission is currently considering the annexation of 11 parcels on east Ponce de Leon Avenue and Grove Place. The developer, Alliance Realty Services, wants to build a mixed-use project there with 289 multi-family units on site. The Decatur City Commission is expected to vote on the annexation petition at its May 21 meeting after voting to defer the proposal at its April 16 meeting.

Christine Hunsaker, who owns Your Pet Crematory on East Ponce, has been an outspoken critic of the project because she thinks the mixed-use development will encroach on businesses like hers. She was at the work session Tuesday and was deeply skeptical of the presentation. She pointed to the school system’s decision to only base numbers on apartments with two bedrooms or more, reasoning that one-bedroom apartments are unlikely to have school-aged children. This development would have 101 apartments with two bedrooms or more.

“[Forty] percent of the youth in our state are with single parent households,” she said. “How do they assume the 197 apartments remaining aren’t going to have a child in them? You can’t.”

The School Board did not sound quite as skeptical about the numbers they were given on Tuesday. School Board member Heather Tell, who spoke during the April 16 City Commission meeting and urged commissioners to consider the impact the project would have on schools, said she was glad to have more concrete information.

“I’m very excited that we have a tool to be able to apply to future proposed annexations and even to other developments coming along and I’m excited that we can have this and be on the same page with the city leadership, so we can agree what the numbers are,” she said.

The “tool” Tell was referring to is an annexation metrics spreadsheet provided by Superintendent David Dude. By plugging in numbers into the spreadsheet, the tool gives the School Board some sense of how annexations will affect local schools.

Dude also cautioned that the spreadsheet wouldn’t fully capture every potential cost. For example, more students mean more use of shared spaces, like cafeterias, and that’s not reflected in the spreadsheet. The metrics were developed in 2016 but haven’t been used until now.

“This is the first real project we’ve used this process with,” Dude said.

Here are the annexation metrics presented at Tuesday’s meeting. (The number highlighted in yellow is an estimate, Dude noted.)