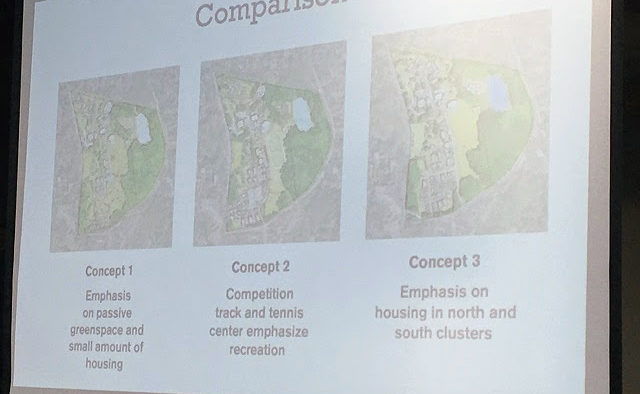 The three plans presented at Monday's meeting regarding the future of the UMCH property.
Share 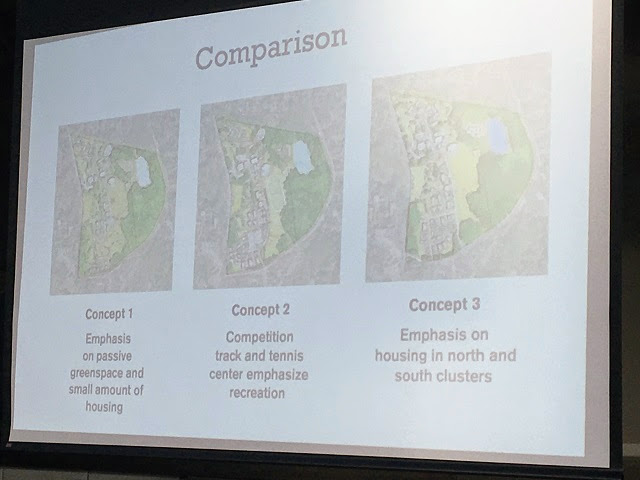 The three plans presented at Monday’s meeting regarding the future of the UMCH property.

At the Ebster Recreation Gym on Monday, the city of Decatur revealed the three plans for future use of the United Methodist Children’s Home campus.

The city purchased the 77-acre property last year for $40 million.

The plans were developed with community input, which began in February.

“We have came up with three concepts,” said Allison Bickers, an urban designer with Cooper Carry. “Each focuses on a different kind of style, but all include the same basic concepts.”

“Concept One is passive recreation,” Bickers said. “Parks and green spaces will be the focus.”

Concept Two focuses on active recreation, with plans for a competitive track, a large tennis court, and similar ideas such as another city pool.

Concept Three is all about housing, with the idea of keeping the grounds’ original community feel. Although they have considered the idea of some of them being “inclusive housing” (meaning affordable) units, “we have not talked to any inclusive housing organizations as of yet,” Bickers said.

But before moving forward, the city must identify parts of the property to be preserved for historical purposes..

Another aspect of the re-design of UMCH includes reworking Katie Kerr Drive to separate the housing units from the rest of the property.

After the presentation, the audience applied a series of color coded stickers to different concept boards, with the colors going from most desired to least.

“I’m happy to hear that people are talking about inclusive housing,” said Bryan Dickerson, a Decatur resident who lives near UMCH. “I hope it’s more than lip service, for I see the majority wanting the [active recreation concept].”

Here are some of the slides on display at Monday’s meeting: 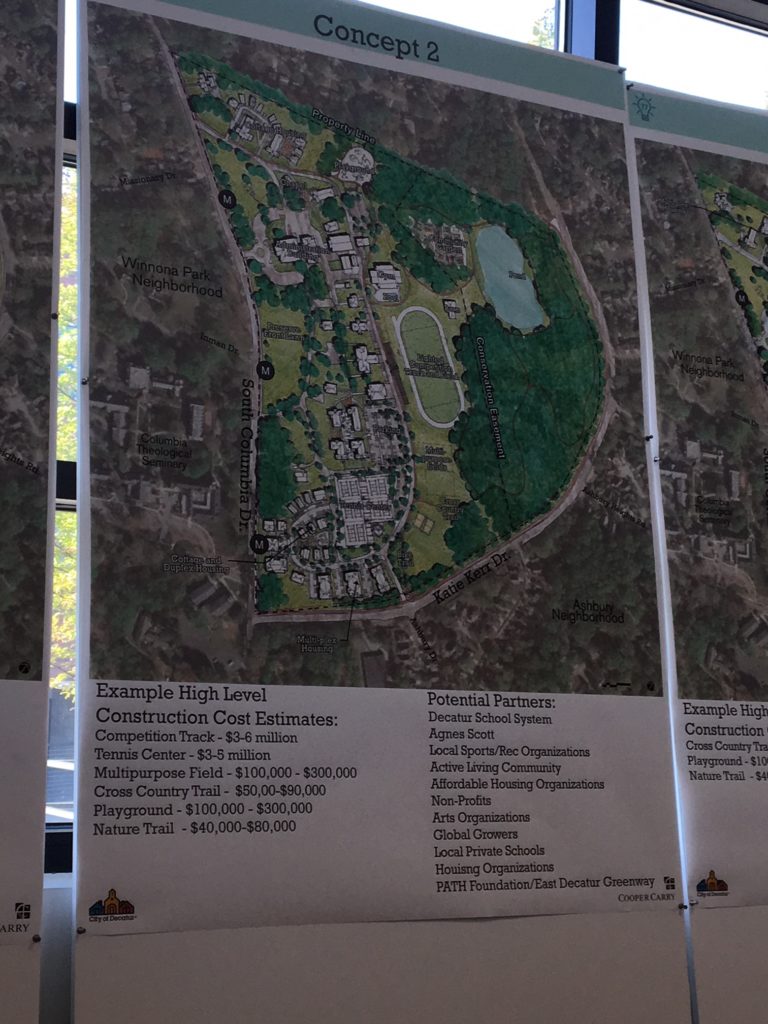 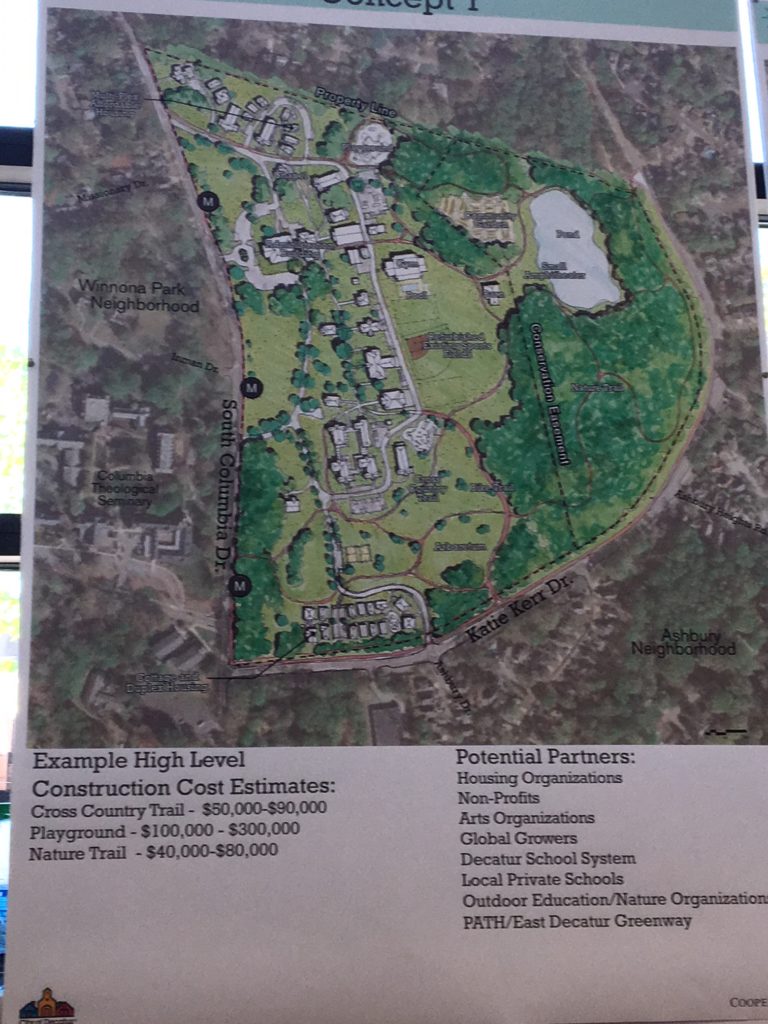 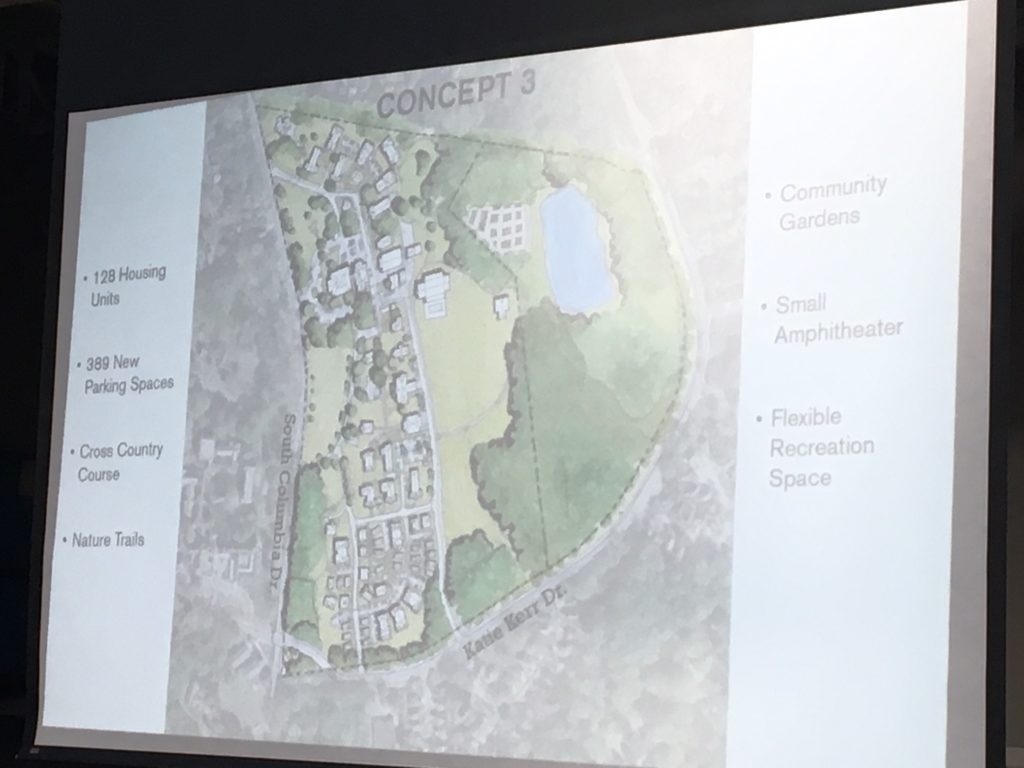 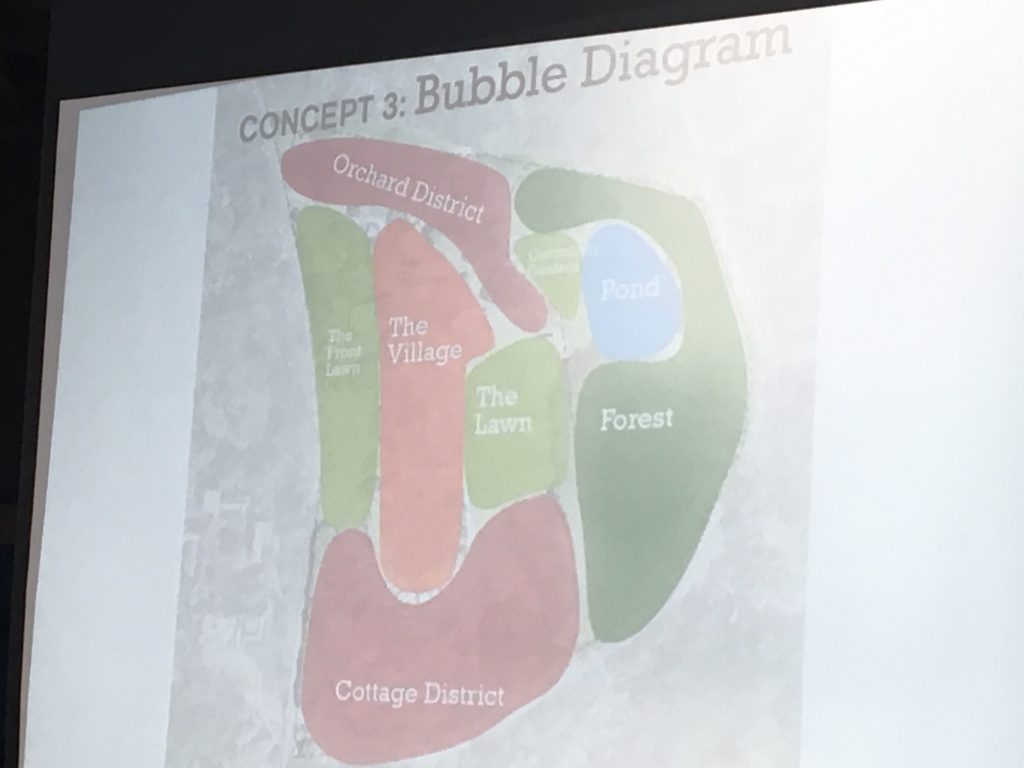 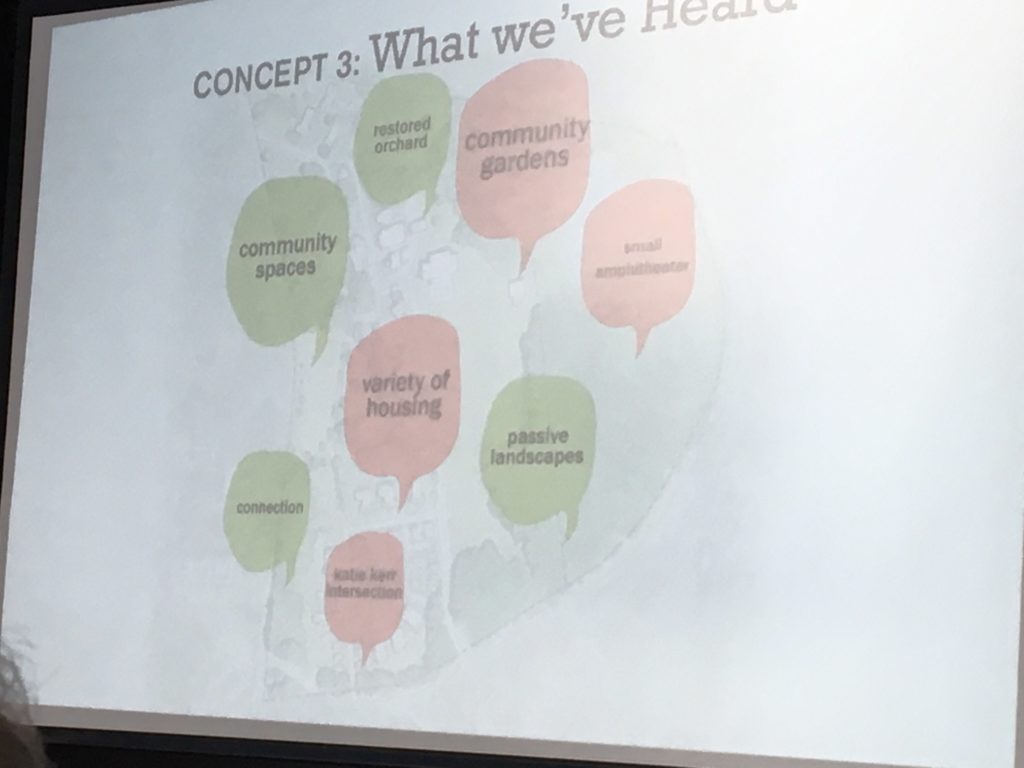 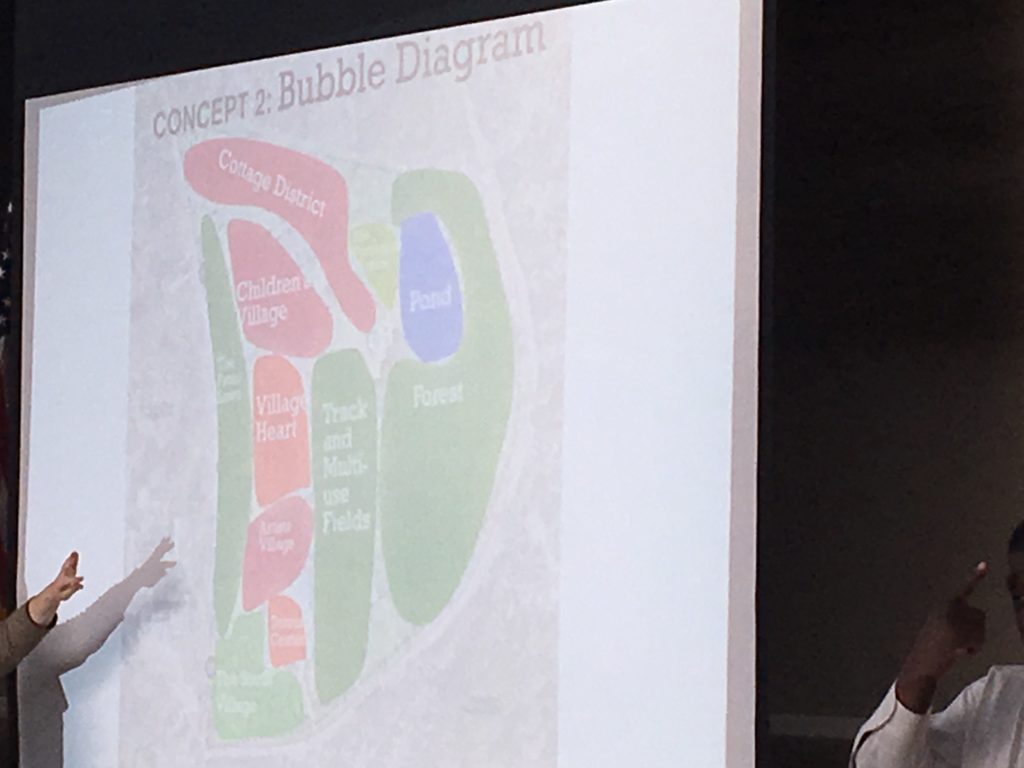 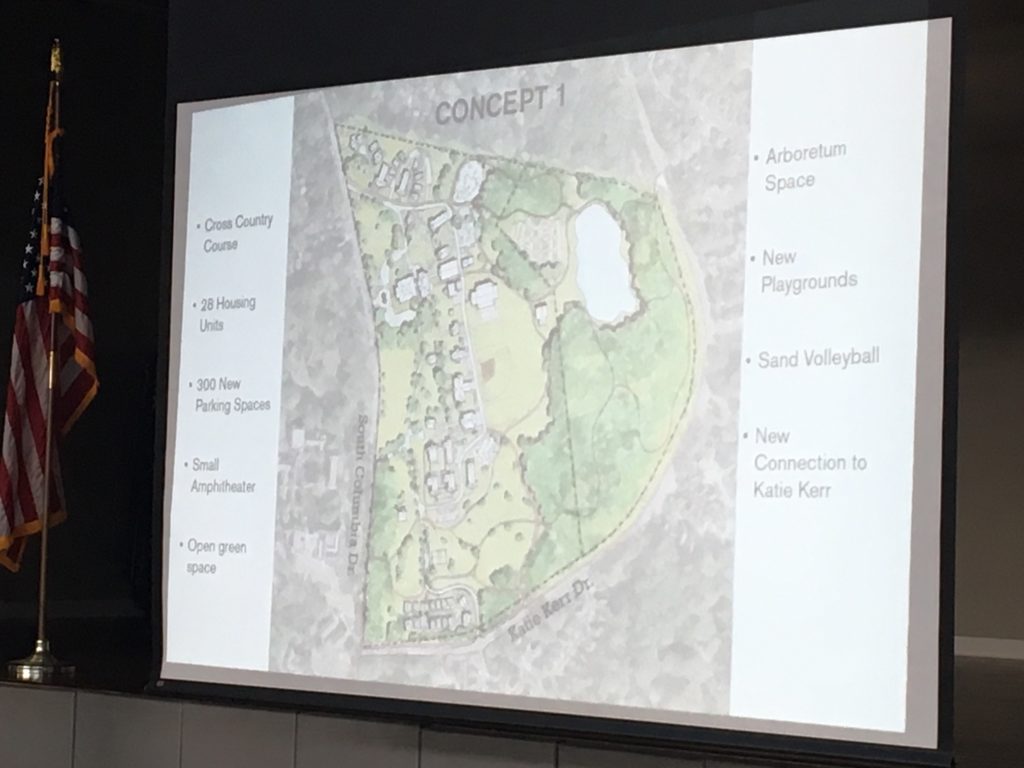 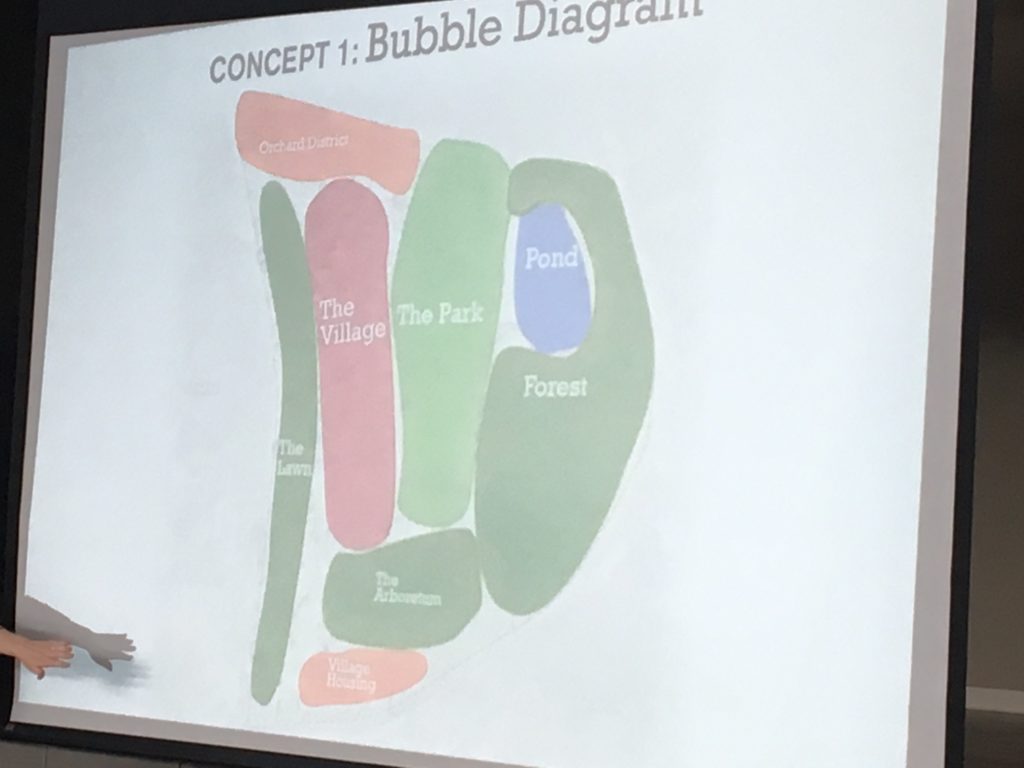