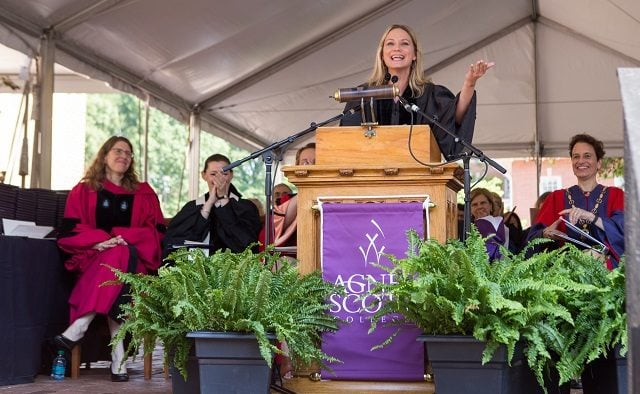 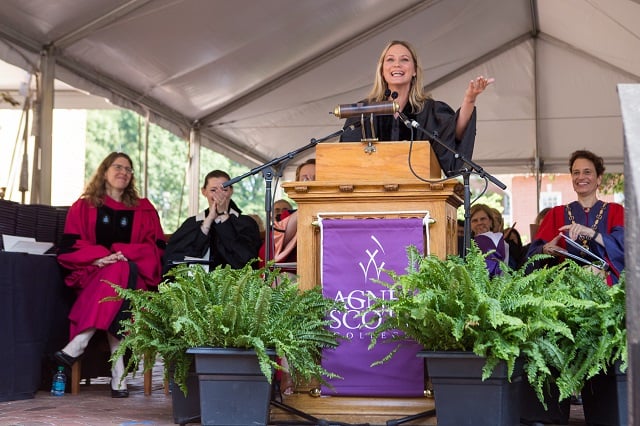 This past Saturday, May 12, marked Agnes Scott’s 129 commencement ceremony.

Sugarland’s Jennifer Nettles was a featured speaker at this year’s Agnes Scott College Commencement. Nettles graduated from Agnes Scott in 1997.

The commencement address was the last one delivered by President Elizabeth Kiss. She earned an honorary degree from Agnes Scott after leading the college for 12 years, and now, she is leaving to become the first female CEO of the Rhodes Trust and warden of the Rhodes House in Oxford.

Here’s a video of Nettles’ speech: